Skip to main content
Contribution starting at $2,375
7+ days (avg. $339 a day) Includes accommodations, food, and all related research costs
The page URL has been copied. Please share where you like!
View Dates & Join 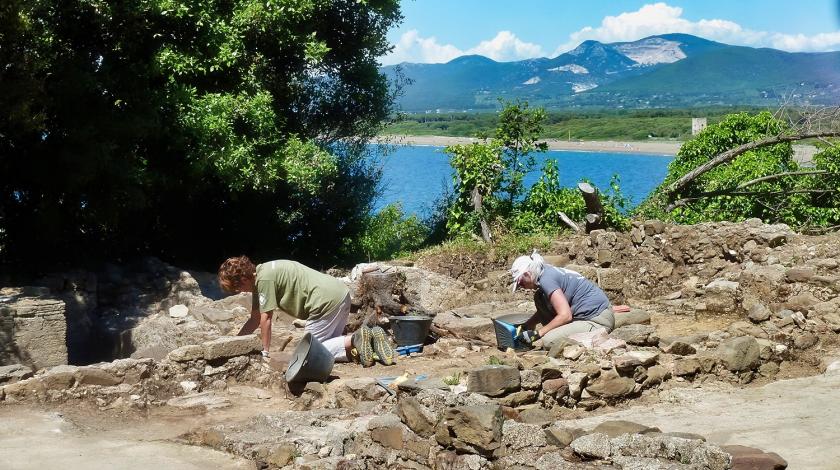 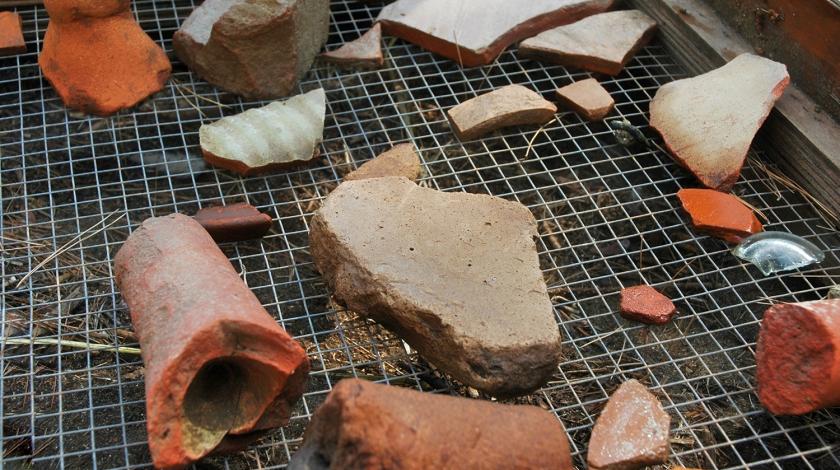 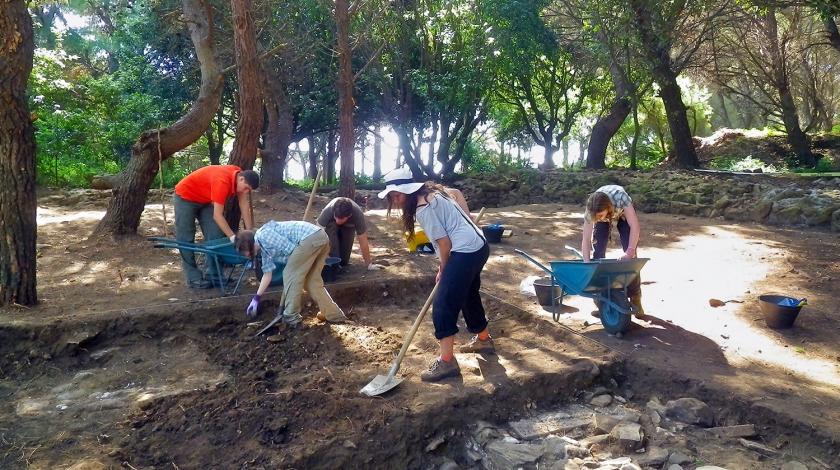 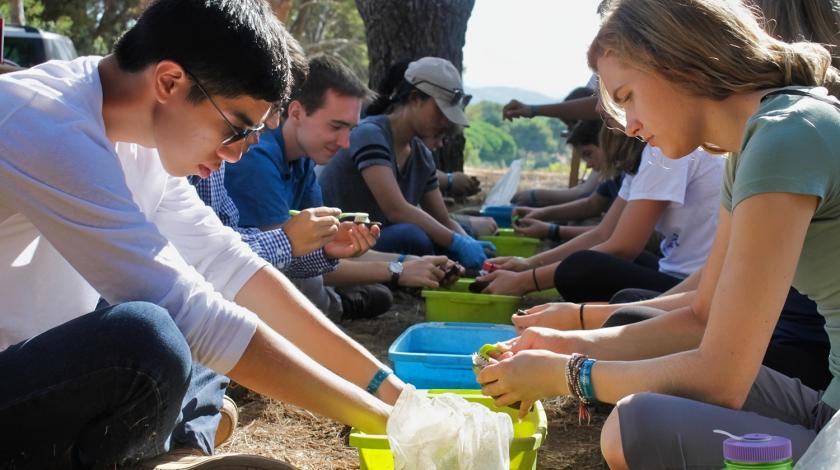 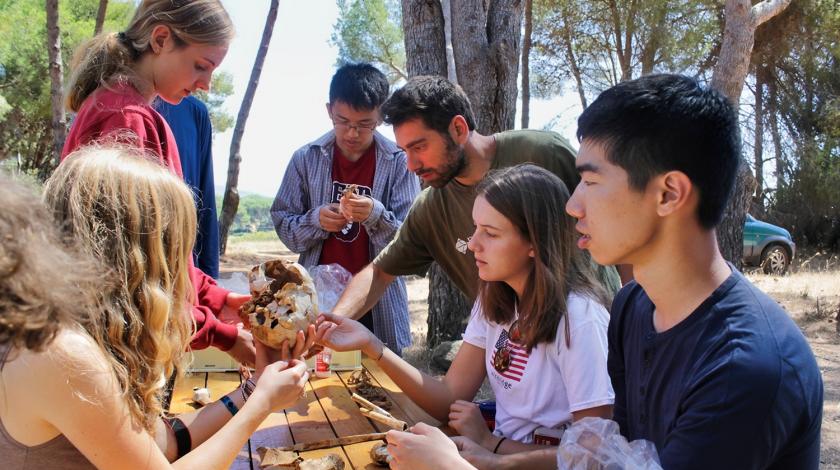 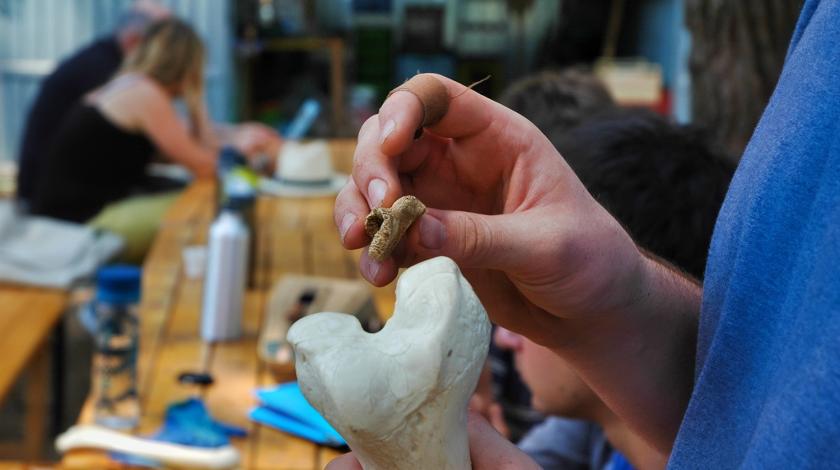 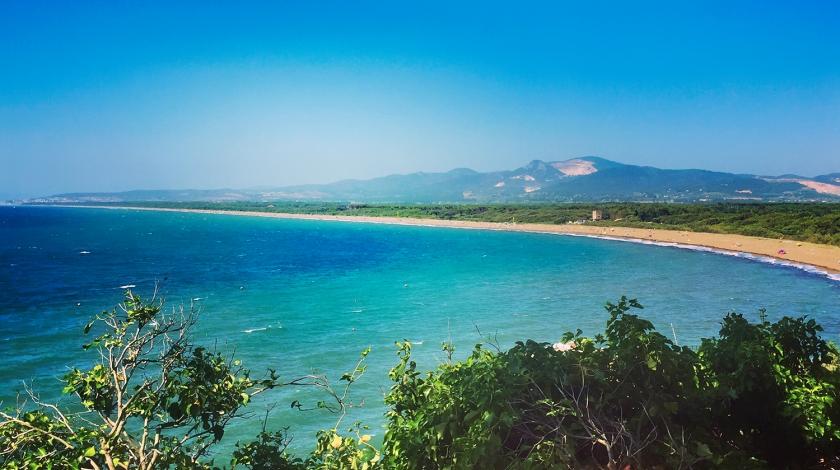 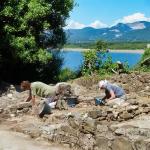 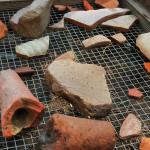 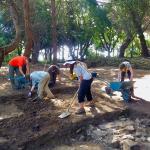 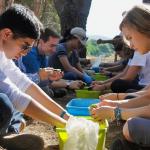 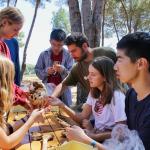 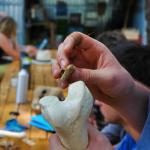 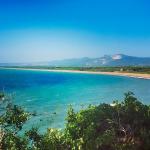 The goal of this expedition is simple: to help experts reconstruct the complex past of Populonia as fully as possible.

For hundreds of years, Populonia dominated the ironworks industry in the Mediterranean. The transfer of the city from Etruscan to Roman rule around 250 B.C. did not halt its metalworking activities; iron exports supported the Roman expansion in Africa, so the ruling class had important economic interests in the area’s industrial production and commerce.

To reconstruct the economic and social history of the city of Populonia, researchers must answer many complicated questions: When and where did iron smelting take place? How was the society of the city shaped by metalworking and trade? Who were the ancient people that lived and worked in the harbor, the mines, and the iron smelting industry?

By joining this expedition, you’ll help fill in gaps in knowledge about the Populonia area. Your team will excavate the Roman settlement of Poggio del Molino.

Live the life of a professional archaeologist as you unearth artifacts, then clean and study them. You might also try rebuilding original objects from the fragments you’ve discovered. You’ll have an unparalleled chance to get close to Italy’s ancient past.

You also have the option of joining the expedition for two weeks.

Most days will begin with a morning briefing, and then you’ll head out to the excavation site, where you will: 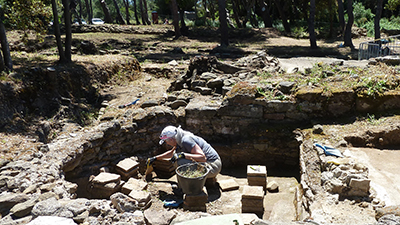 You'll spend most of your time removing the earth around objects with trowels, brushes, and other tools. 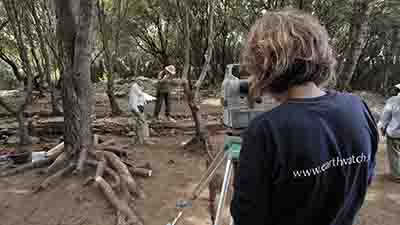 To help record the layout the excavations and where objects have been uncovered, you will help draw features of the site. 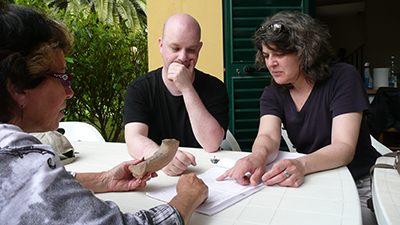 Help clean and catalog the finds you uncover, and analyze the source and age of stones used as building materials. When you find bits of pottery, you'll try to reconstruct the original vessel. You'll also draw and do some basic conservation of building decorations, such as mosaics.

If you have been on this expedition, others considering attending would love to hear about your experience.
Paul Stout | November 13, 2018
Fabulous walk (well, work) back through time!
Everything about this project was fantastic - our team was able to be engaged in every aspect of an archeological dig, including unearthing buried strata, documenting finds, cleaning and attempting to assemble artifacts, and assisting in preserving ancient mosaics and frescoes. And what a site - intriguing evolution through early to mid-Roman occupation, transitioning from a fort policing and protecting the rich iron ore processing of the region to a farm adapted to produce the much-prized garum for the fuddy-duddies of Rome, to a nobleman's villa complete with baths, massage rooms, and an extensive garden. And every footstep echoed the shadows of that procession through time. The field staff were also incredible - knowledgable, patient, positively energetic, and great cooks of our evening meals! They helped make the work fun and helped create a strong bond among the volunteers - and of course some good local wines helped. I can't wait to return next year!
Christina Myrianthous | October 31, 2018
Digging for knowledge
What a great experience it was to be part of the wonderful team of archeologists at Populonia, Tuscany. I have only the highest praise for these dedicated people that made us all feel so welcome. With absolutely no previous experience in the field, except a 'burning' desire to join a dig, this was a superb way to see if archeology is something for me. We were digging at a Roman villa where we assisted in the restoration of mosaics and frescoes and in cleaning of pottery. The site was closing up for the winter and so the cleaning of finds was needed for the catalogisation and storage. We even got to try to put pottery pieces back together. I thoroughly enjoyed every part of this experience, being outdoors the whole day with physical work, finding (or not finding) pottery pieces and then to clean and piece them together. It was such a fantastic introduction to the whole archeology process which I found very interesting. I can highly recommend everyone who has ever thought about volunteering at a site to go on this trip, you will not regret it! I would also like to take this opportunity to thank Karolina, Giulia, Alessandro, Marco and the rest of the team for taking so good care of us and for being so enthusiastic and willing to share your knowledge with an wannabe archeologist!
Scott Ames | September 21, 2017
An amazing learning experience
I participated in the Unearthing Ancient History in Tuscany expedition in September 2017. With no prior archaeological background, I found it to be a wonderful experience, with just one exception and that was my own physical limitations, not the result of the project or any of its great staff. My team was small, just three volunteers the first week and two the second. We were met at the Pisa airport and driven about an hour south to the small coastal community of Populonia, not really a town where we were, just a Castle on a hilltop overlooking Baratti Bay with its fine beaches and a few restaurants. We stayed in the castle itself in very comfortable apartments. Ariana and Martina were the two archaeologists we worked with everyday and they came over every evening to prepare dinner and we all ate together. We fixed our own breakfasts and packed lunches each day to take to the work sites, there was always plenty of food available for us in the kitchen so that was never a problem, plus we did go out for dinner a few times. We worked on two sites, excavating an ancient Etruscan Necropolis, where we helped unearth the remains of several individuals and we also worked at the site of Roman Villa, helping in the preservation of the floor mosaics. Both of these projects were great and I learned a great deal about Roman and Etruscan history and cultures. The physical limitations I spoke of earlier was that much of the work we did was down on hands and knees, both working on the burial site and mosaics. I had known in advance that would be the case but it was much harder on my knees than I expected. None the less, the staff we worked with were very helpful and understanding without disrupting their work and we were all able to accomplish our tasks. I would highly recommend this project to anyone interested in Ancient Etruscan or Roman history. The entire Populonia area is rich in history and archaeology sites going back at least to the 9th century B.C.E. I can not say enough good things about Carolina, Ariana or Martina or any of the other Archaeologists and other specialists we worked with. They were all highly professional, skilled in their craft, and absolutely dedicated to exposing and preserving the rich heritage of Italy and that region in particular. It was indeed an honor and a privilege to participate in the project and contribute even a little to the work being done. 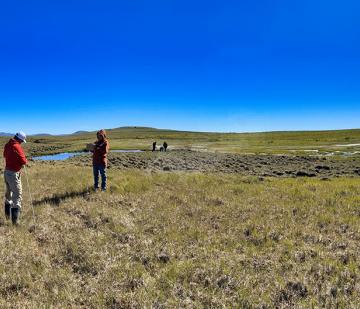 Since 2003, Earthwatch has partnered with the Alcoa Foundation to engage employees in scientific research and environmental learning… 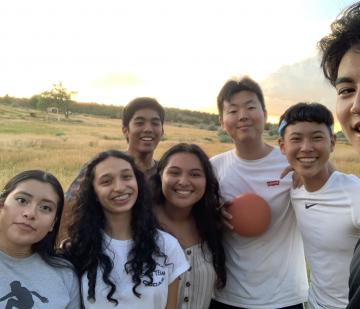 Archaeology: It Isn’t Just About The Digging 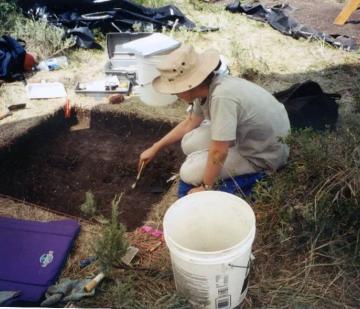 At age 17, Taormina Lepore boarded a plane for the very first time on her way to an archaeological excavation as an Earthwatch student fellow, funded by the Durfee Foundation.