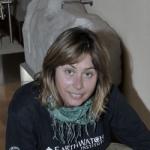 Dr. Megale is an expert at unlocking the secrets that ordinary objects like pottery and bricks hold about the past. She focuses on the epigraphy of instrumentum domesticum, the study of inscriptions on everyday objects such as bricks, amphorae, and pottery tableware. She also cares deeply about the management of archaeological excavations and preventive archaeology as a tool for knowledge and protection of the territory.

A great moment in the field:

Dr. Megale has also led the excavation of the Roman villa on Poggio del Molino (windmill hill) in Populonia, with the help of Earthwatchers. They have come close to solving one of the villa’s great mysteries—who owned it? A few years ago, while excavating the corridor around a central courtyard, they discovered a layer of earth full of remnants of roof tiles. Among them was a special tile bearing part of a stamp, and fortuitously, the tile bearing the other part of the stamp had been recovered by the team two years before. By putting the two parts together, it was possible to complete the stamp and decipher a name–most likely that of the person who owned the workshop that made the tile. Since it was a common practice for owners of large villas to produce bricks and tiles on their own property, the researchers may now be on their way to identifying the owner of the villa. 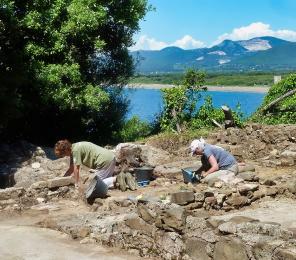