Since 2003, Earthwatch has partnered with the Alcoa Foundation to engage employees in scientific research and environmental learning. For the first time, the Foundation sponsored a team of community participants to work alongside an Earthwatch Scientist in conducting critical long-term environmental research in the Canadian sub-Artic as part of Earthwatch’s Community Fellowship Program.

In the summer of 2022, five Community Fellows were able to investigate how climate change is impacting the environment in their home region thanks to support from the Alcoa Foundation. The Fellowship allowed participants from Canada’s Yukon (YT) and Northwest Territories (NT) to travel to the Mackenzie Mountains, a range that forms part of the border between Northwest Territories and the Yukon, on the expedition “Climate Change in the Mackenzie Mountains.” 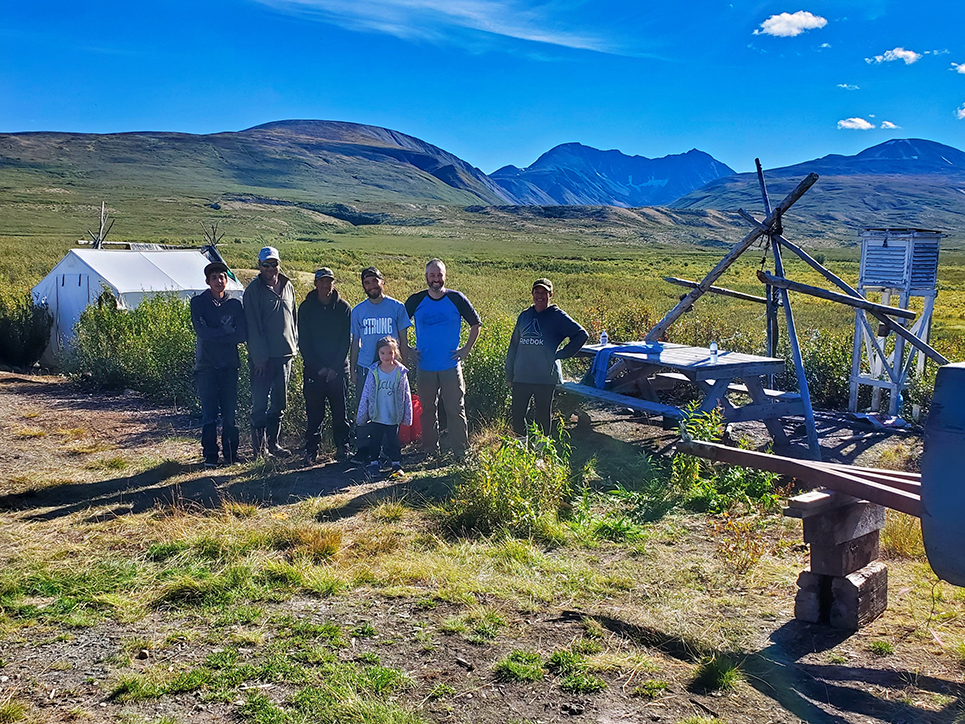 The majestic Mackenzie Mountains are on the frontlines of the climate crisis. As a result of rising global temperatures, ecosystems on the Arctic’s edge have experienced shrinking sea ice, retreating glaciers, and degrading permafrost. Over the last two decades, this area has experienced an increase of about 1.25 degrees Celsius in annual permafrost temperature. In some areas of the western Mackenzies, and neighboring eastern Selwyn Mountains, more than 90% of permafrost has disappeared since the 1940s. This has been accompanied by changes in vegetation, including the northward migration of the tree line (the point beyond which trees do not grow). These ecosystem shifts will affect life for many species in the sub-Arctic, and long-term data is critical to better understand this fragile environment and to inform researchers on how climate change is impacting higher latitudes and elevations around the globe.

The Community Fellows, funded by the Alcoa Foundation, joined Dr. Steve Mamet to help collect that critical data. The group comprised members of indigenous communities from the towns of Ross River (YT), Tulita (NT), and Norman Wells (NT), including people of Shuta & Dene descent. Multiple generations were represented on the team, with fellows ranging in age from 25 to 60. After a two-year hiatus due to the COVID-19 pandemic, Dr. Mamet was thrilled to not only have volunteers to help him resume collecting data but also to engage with members of indigenous communities who share close connections to the land on which the research takes place.

I was happy to have the fellows contribute to the research both through data collection and sharing their traditional ecological and social knowledge of the area.

Trekking through the mountains, the fellows recorded signs of climate change. This included measuring permafrost to track how warming temperatures are thawing the frozen soil. The permafrost makes the ground watertight and maintains the vast network of wetlands that provide habitat for the Arctic’s animals and plants. As it thaws, critical habitat for these species is put in jeopardy. Further, warming permafrost means more decomposition in the soil and more carbon dioxide emitted into the atmosphere—creating a positive feedback loop that amplifies the current warming effect. Over 11 days, the fellows used probes to measure permafrost depth at 594 points across seven research sites. The group also surveyed 160 vegetation plots as part of the larger Global Treeline Range Expansion Experiment (G-TREE). 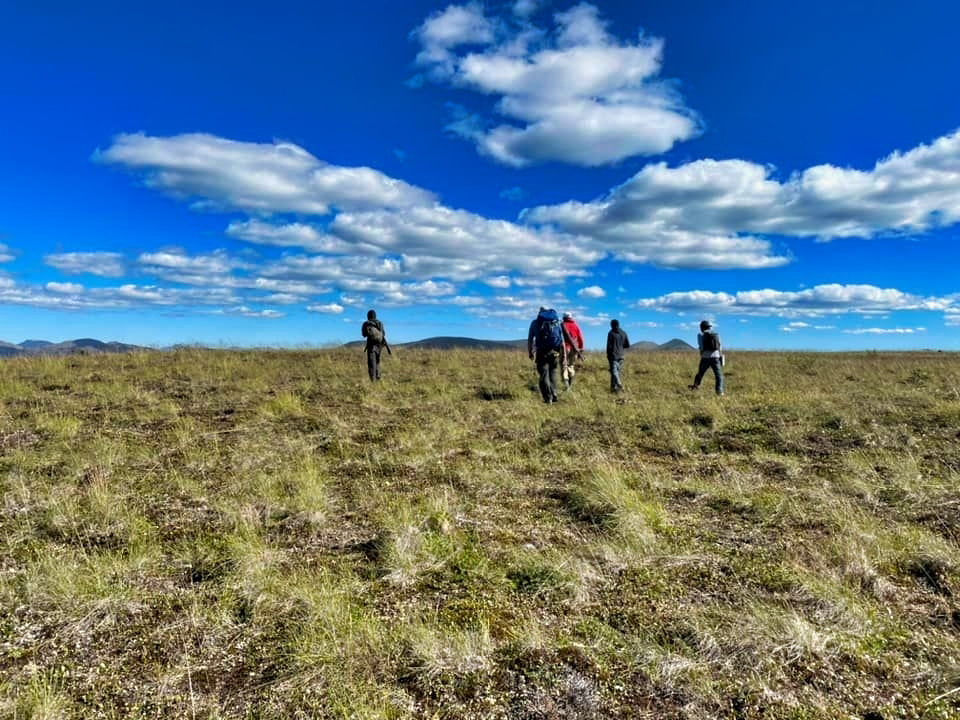 This area has been monitored year-round since 1990, and the data these fellows collected adds to a long-term dataset that helps researchers to track precisely how these areas have changed over time in response to climatic shifts. These data will allow scientists to see past seasonal extreme weather events and detect the long-term patterns of how climate change is impacting these ecosystems.

While Dr. Mamet will be able to take the information collected through the fellows back to the scientific community, the fellows hope to share what they’ve learned with their own communities, including with their children and other young people who represent the future stewards of these lands. “Being from this area and seeing it in a different way makes me want to share with the youth what I’ve learned,” said one fellow.

This fellow also remarked on the importance of communicating their learnings with the community Elders who contribute to important decision-making. They explained, “…if they see that this could do something for our next generation, then it’s more than just work or a job.”

Although none of the fellows arrived with scientific backgrounds, they were able to collect critical environmental data and return with a first-hand account of the tangible impacts of climate change in their home region⁠—adding a new perspective to their already-rich traditional knowledge of the area. In the future, Dr. Mamet hopes to continue collaborating with these communities and share the results of his long-term research more broadly. In his words, “I feel that these communities would be keenly interested in the results of this work and value that members of their community collected some of these data.” Earthwatch is grateful for ongoing support from the Alcoa Foundation which has made the Earthwatch Community Fellowship Program possible.

We would like to acknowledge that this expedition was conducted on the traditional lands of the Chipewyan, or commonly known as Dene peoples. The Dene people are an Indigenous, or First Nations group who traditionally, and still inhabit the northern boreal, Subarctic and Arctic regions of Canada. In particular, this Earthwatch expedition takes place in the Mackenzie Mountains, the homelands of the Shuta Got’ine nation. Further, acknowledging First Nations and Métis peoples exist globally, some of whom took part in this Community Fellowship, and we are grateful for their traditional ecological knowledge. Consider visiting Native Land Digital for information & resources on indigenous territories and land acknowledgments.

Earthwatch looks forward to continuing to strive to create opportunities for community fellows, including those of indigenous communities, as part of our commitment to tearing down the barriers that prevent all voices from being heard and present in the field of science.