Skip to main content
Contribution starting at $1,995
7 days (avg. $285 a day) Includes accommodations, food, and all related research costs
The page URL has been copied. Please share where you like!
View Dates & Join 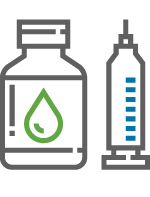 Earthwatch requires all participants to be fully vaccinated against COVID-19. 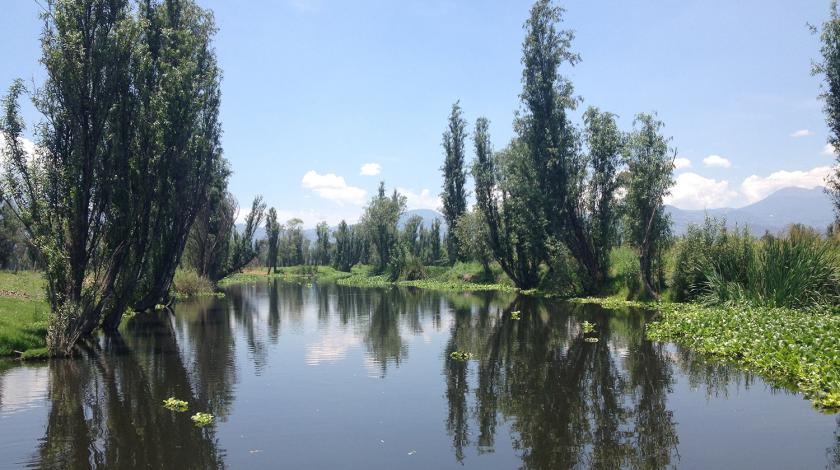 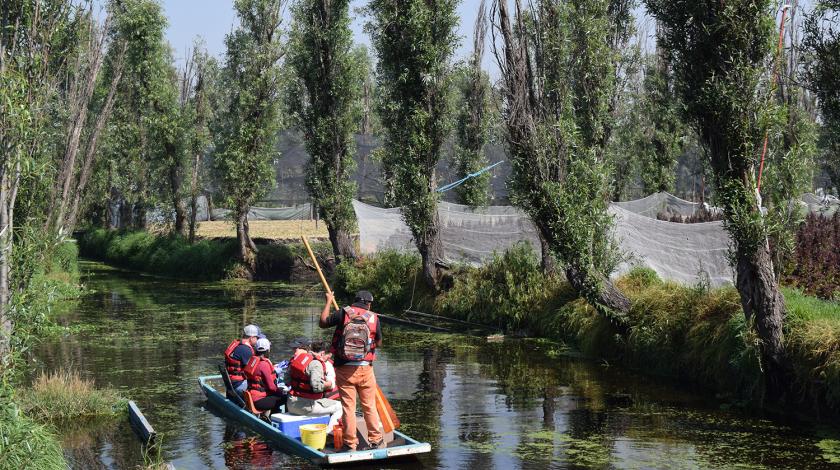 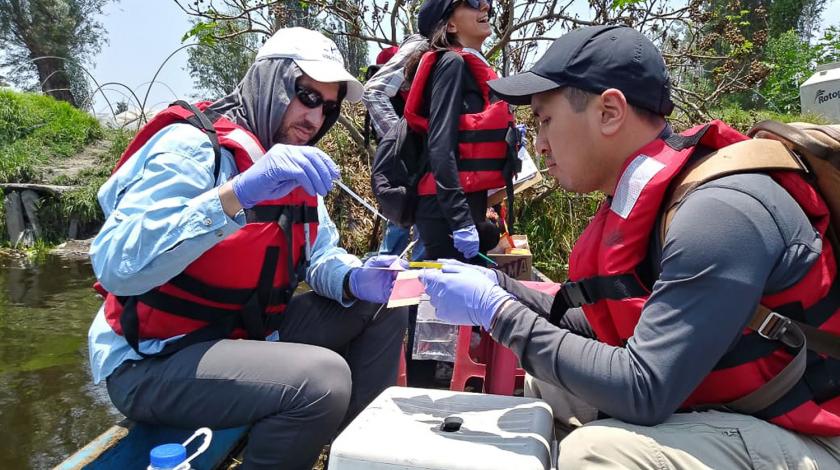 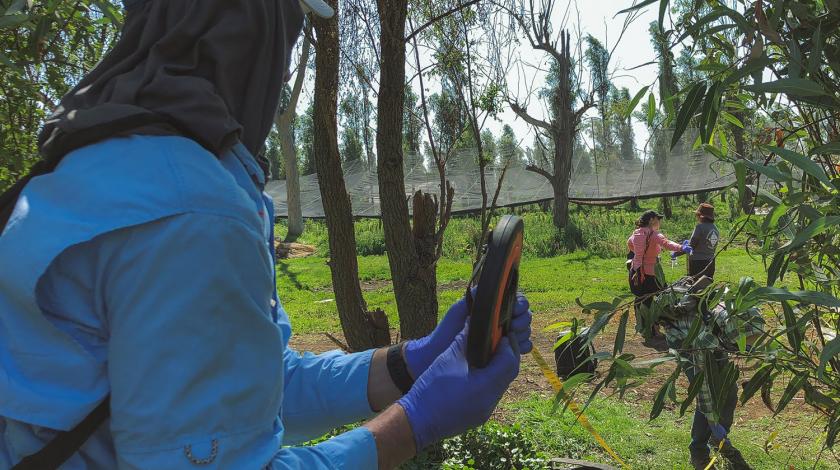 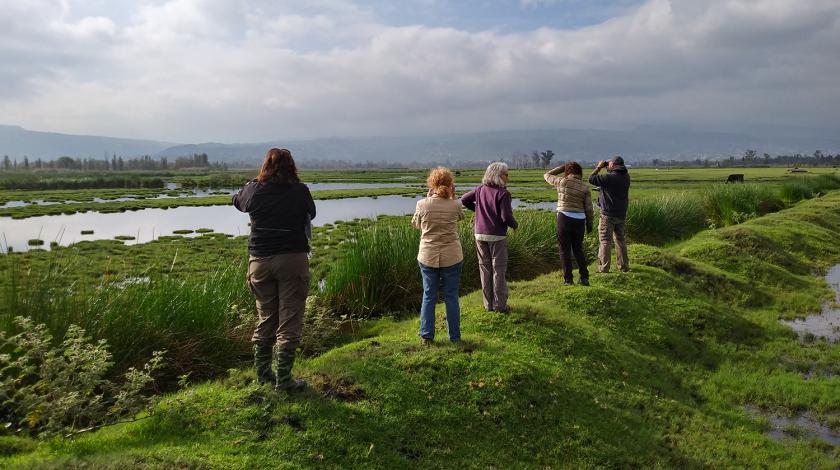 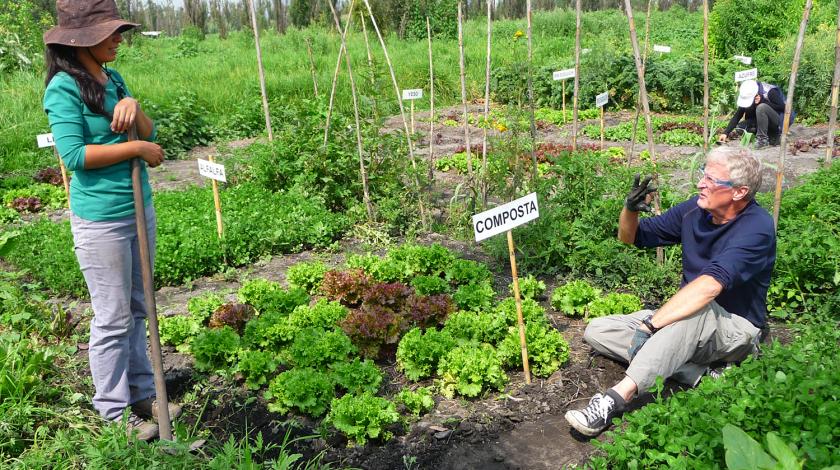 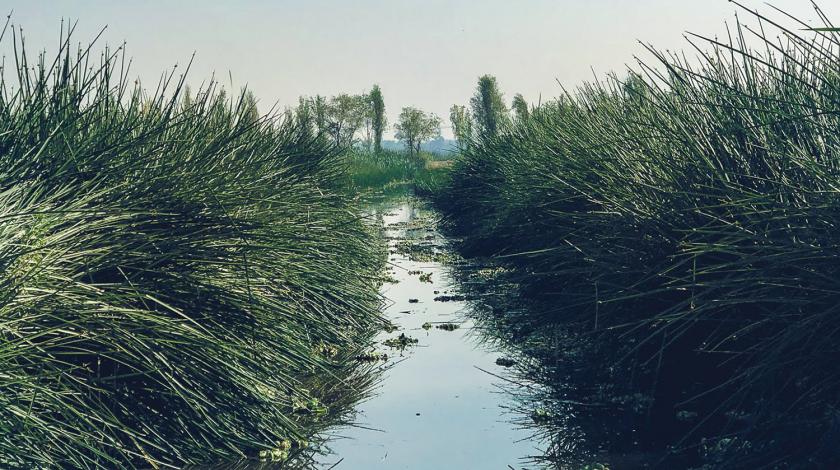 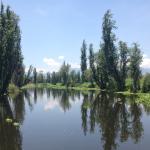 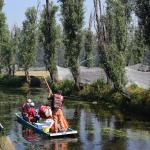 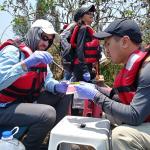 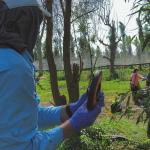 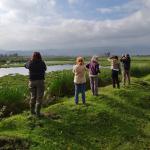 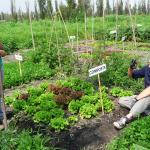 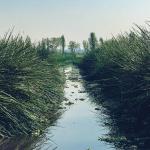 Assist researchers in collecting data on water quality and land use in an ancient agricultural ecosystem within the lush wetlands of Xochimilco. 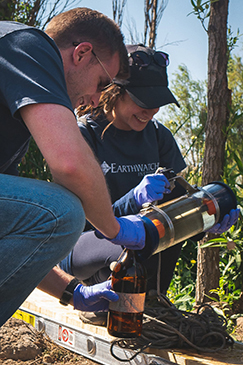 The Xochimilco wetlands, located just south of Mexico City, help to filter water, regulate weather, buffer against storms, support clean air, and protect native species of flora and fauna in Mexico City and neighboring regions. This water system also forms a unique ecosystem for aquatic species, including native species such as the Mexican axolotl salamander and the acocil crayfish, as well as over 140 species of migrating birds.

But these wetlands are being threatened by changing agricultural practices, which have turned from traditional small scale farming (a practice that has been around for at least six centuries) to environmentally-intensive agriculture. Not only that, the introduction of exotic species such as carp and tilapia has altered the natural food chain, threatening endemic species. Conservation of native plants and animals in Xochimilco is strongly linked to the preservation of its wetlands as well as “chinampas” - areas of dry land within the wetlands that support traditional agriculture.

Researchers are looking to understand how land use, agricultural techniques, and seasonality affect the conditions around the chinampas. You’ll help to gather critical data on the presence of endemic species and water and soil quality around the chinampas. This data will be used to increase local awareness of the benefits of traditional agriculture and subsequently, improve ecosystem health.

When you arrive, the researchers will provide you with information on studying water quality in the wetlands of Xochimilco. Field work will begin on Day 1 where you will: 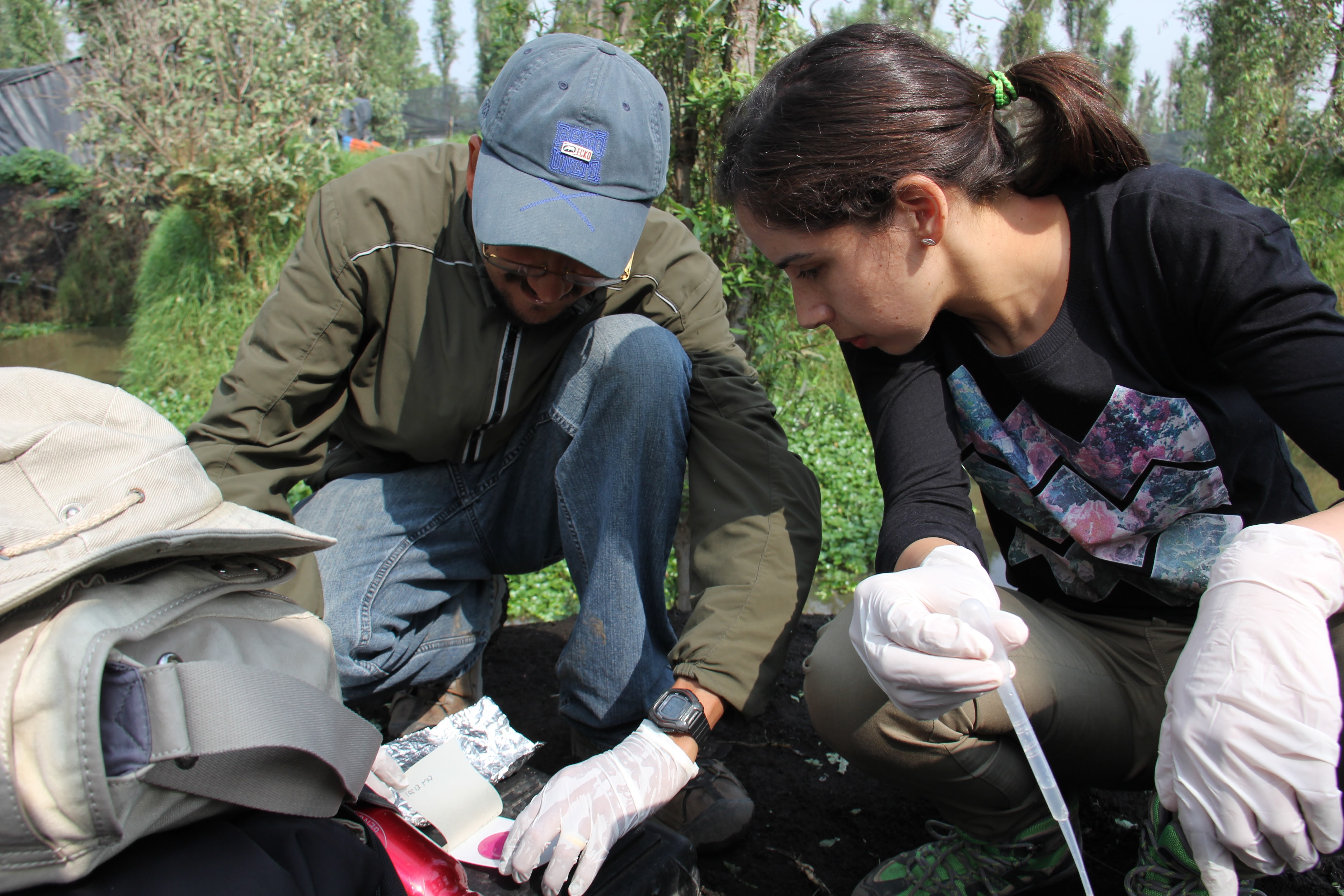 Using large or small canoes or “canoas,” you will visit various sites to collect samples of canal water and invertebrates. In the floating laboratory, you will test for the presence of heavy metals, bacteria, and nutrients in these water samples. 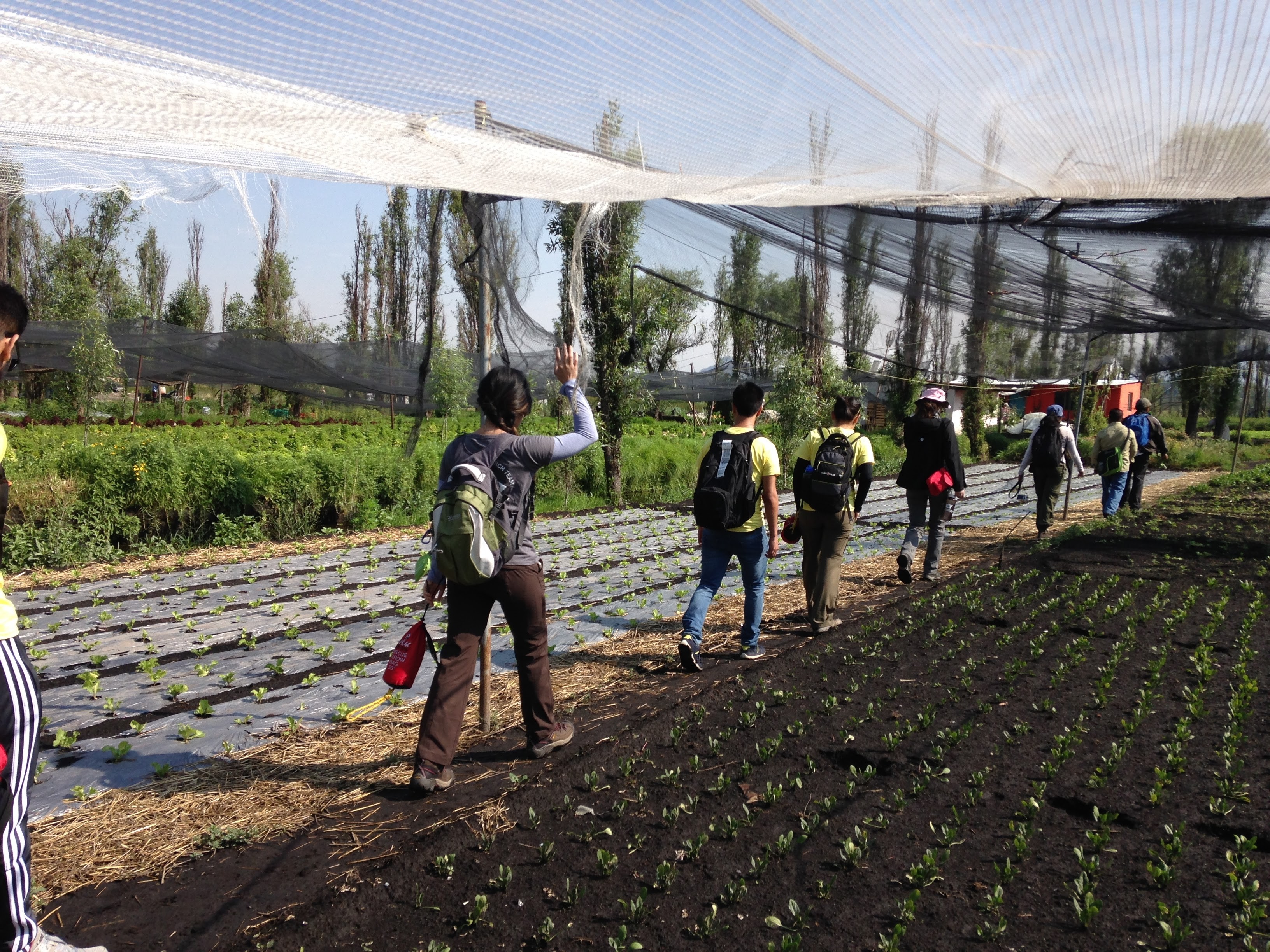 By visiting local farms, you will be exposed to a variety of techniques, which have different impacts on crops and the environment. You will collect soil samples from farms to study some of the impacts. 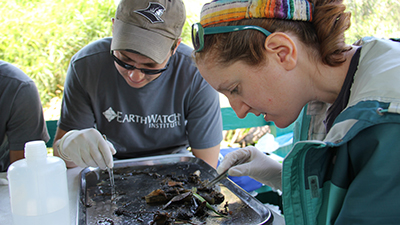 The axolotl is a salamander endemic to Xochimilco that is in danger of extinction. You will help scientists sample new areas where the salamander may be present.

If you have been on this expedition, others considering attending would love to hear about your experience.
Geoffrey Rowe | November 1, 2019
Urban wetlands in the 21st century
This expedition opened my eyes to water conservation problems that have features that are unique to Mexico City, but also have much in common with large urban centers anywhere in the world. The challenge is to preserve a core wetland that is a key element in maintaining Mexico City’s water system. The research is remarkably comprehensive, ranging from the hard science of conserving water quality and soil biology to the harder practicality of adapting ancient agricultural traditions to a modern urban marketplace. In the course of a week, our team was given a hands-on introduction to a full suite of innovative strategies, from training farmers to do their own soil quality assessments to establishing niche marketing networks involving high-end restaurants. This was my fourth Earthwatch expedition, and I can confidently say that it was the one that has taught me the most. In addition, this expedition gave me the greatest sense of an immediate, direct, and practical benefit to the local people and to the local environment.
Elizabeth Anderton | October 10, 2019
This experience changed what and how I am teaching
This experience changed my life and the direction of my program. Upon returning home I began to rewrite my curriculum based on what I learned. My videos, which were posted back home, inspired several other teachers at my school and really helped bring many curriculums together with a focus on environmental conservation, sustainability, best management practices for wetland areas and stormwater management and cultural awareness. Additionally, the students and staff were encouraged to see that the efforts we are making to save our wetlands and manage our stormwater. So many of the invasive plants we studied are also a problem in our area and its great to see our collective solutions adding up to change. Additionally, many of the birds that migrate from our area go to the same areas in Mexico I toured. My students were amazed to see what we learn about integrated pest management and other sustainable farming methods not only being practiced in Xochimilco, but possibly invented there 1000's of years ago. We are busy making chinampas and building even more pollinator and bird habitats. This made our world smaller and ideas bigger.
Buck Garsed | October 1, 2019
The experimental nature of ancient civilizations in relation to the modern world and what we think we know
I have spent most of my life in the same small pocket of the world. My family is from this area and continues to put down roots in the same way. Of course, I read over the field briefing and researched Mexico City, Xochimilco, the chinampas and the star of the show the amazing axolotl, but I left all preconceived notions behind and allowed myself to just take in the experience as I went. The more I learned about the history of the chinampas, about their role in the great Aztec empire, about their connection to the world around them, the more I began to understand that the people who created them were themselves connected to their world. They recognized the innate value of the sludge at the bottom of the lake and built islands from it to grow food for a nation. The long strips of land between channels of spring-fed canals gave an effortless source of irrigation. They planted trees along the banks whose roots held the rich soil in place, weaving together like baskets, which is the origin of the word chinampa. They built a system of dikes to separate the freshwater in the south from the more brackish water downstream because the freshwater made the crops grow better. They accomplished so much simply by observing the natural way of their surroundings and working with them. They were scientists ahead of their time. I feel that humanity today with all of our technological advancements, our institutes of higher learning and our complex systems of government, we could stand to learn something from the ancient wisdom that created the chinampas. So now I've returned to the city where I've spent most of my life. Like Mexico City, we have the same problems of urban sprawl, sewage treatment failures, agricultural runoff, polluted waterways that were once crystal clear, declining habitats and subsequent decline of species. How we address these issues in our lifetime will affect those downstream, both literally in the sense of water flowing and figuratively in the sense of the flow of time. It all keeps flowing endlessly. We can choose how we send it on its way. I choose to leave it better than I found it. 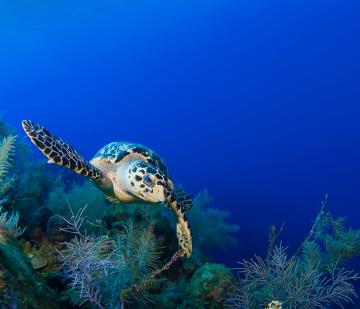