Skip to main content
Contribution starting at $2,450
8 days (avg. $306 a day) Includes accommodations, food, and all related research costs
The page URL has been copied. Please share where you like!
View Dates & Join 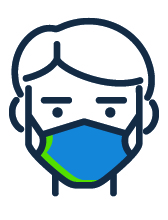 This project has added safety measures to allow for responsible fielding of volunteers and field staff at this time.

When reading the Online Expedition Briefing, please keep these adjustments in mind. 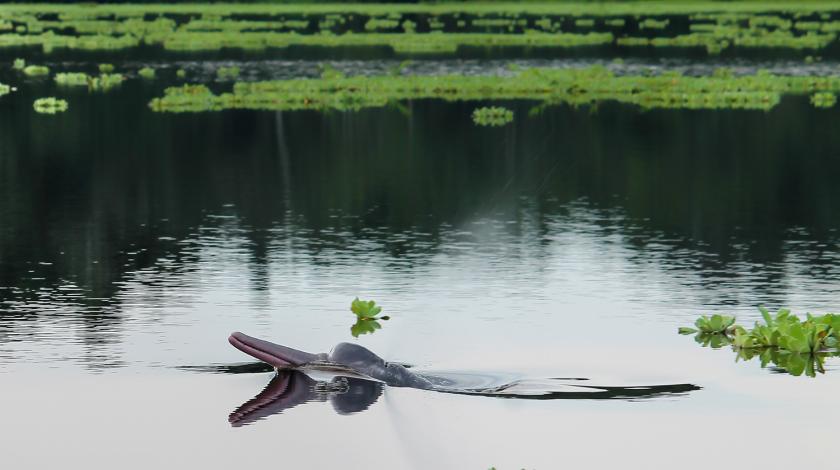 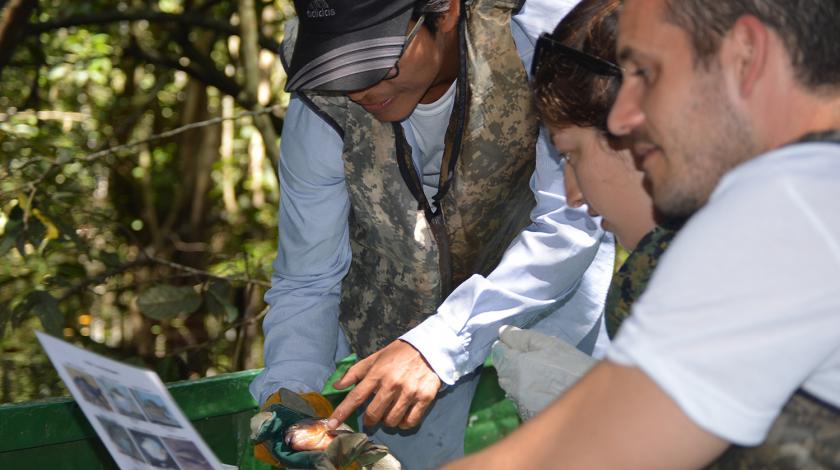 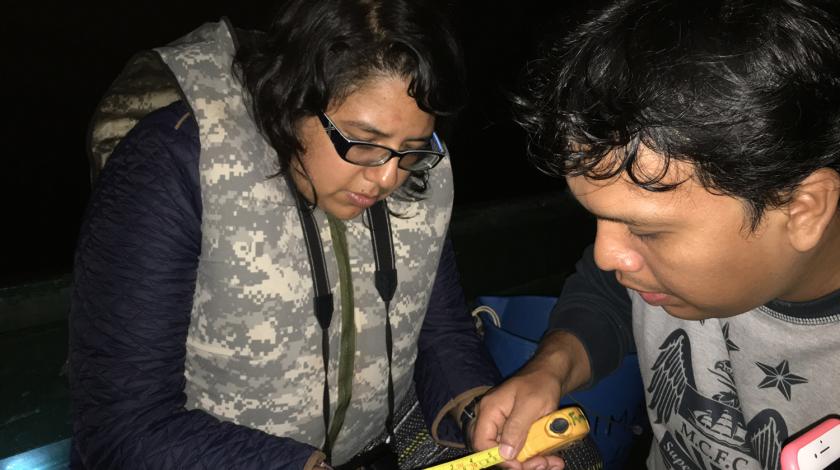 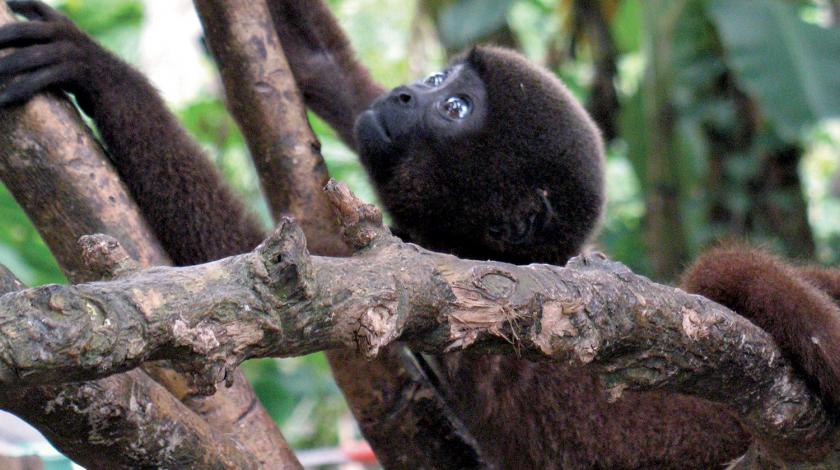 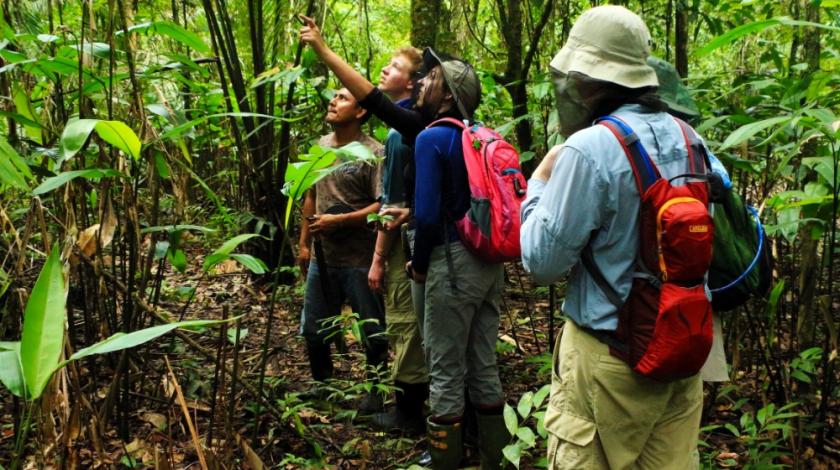 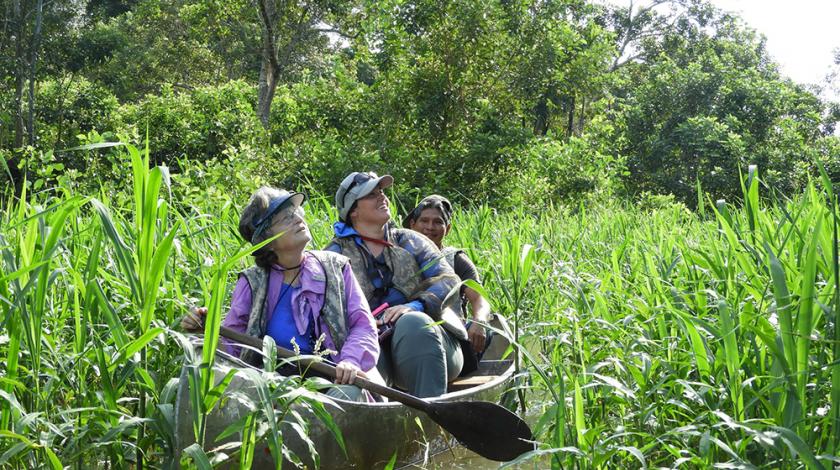 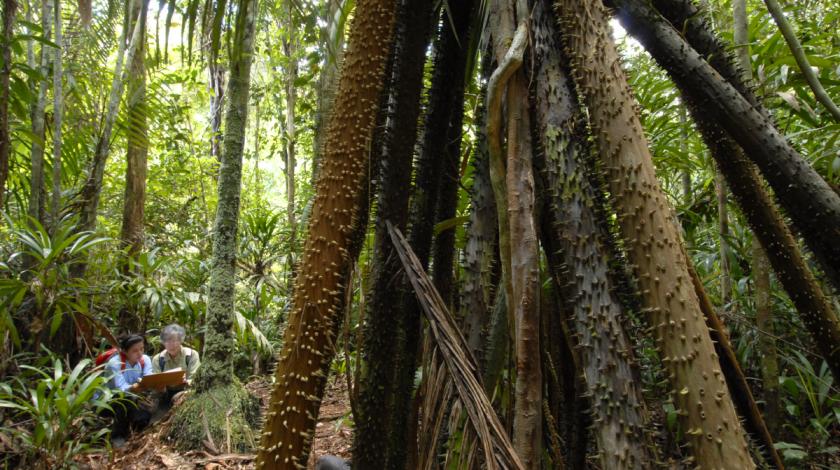 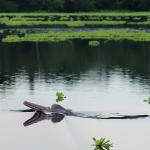 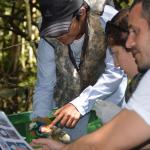 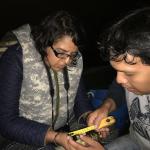 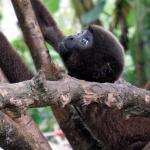 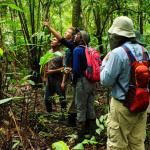 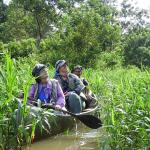 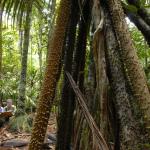 Aboard a riverboat deep in the heart of Peru’s flooded Amazon region, you’ll help to conserve river dolphins and monkeys, and protect the fragile South American wilderness. 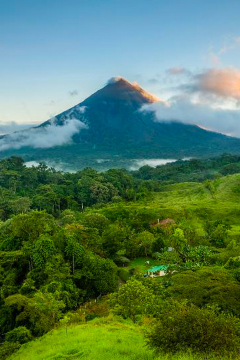 The vast, pristine Amazonian forests of northeastern Peru are home to an incredible array of wildlife. As you travel along the Yarapa River, you’ll spot pink river dolphins and caimans swimming through the waters, while monkeys and extraordinary birds move through the canopy overhead. In the lakes you can find manatees grazing, and sometimes you can even spot rare giant river otters hunting and playing.

But this spectacular diversity is declining due to recent intense climate fluctuations that have caused floods and droughts. As part of an Earthwatch team, you’ll help survey the area’s wildlife to gather key information about the health of the ecosystem and the sustainability of traditional hunting and fishing. Through this community-based approach, you’ll help researchers develop conservation strategies that confront the current threats from climate change and ensure sustainable use of these valuable resources.

You’ll sleep aboard a restored, air-conditioned vessel from the Rubber Boom era that is moored in the Yarapa River of the Samiria-Yavari protected area. There, you’ll discover a flooded forest whose waters run from the Andes Mountains through this delicate wilderness. You’ll also have the opportunity to meet and work with the Cocama people from a nearby village. With your help, Earthwatch and the Cocama will develop management plans to protect both the needs of the indigenous people and the wildlife of the Samiria-Yavari landscape.

Once you arrive on the moored riverboat deep within the Amazon, wildlife surveys will run each day. You’ll get to try your hand at all research tasks (and can spend extra time on your favorites). You will: 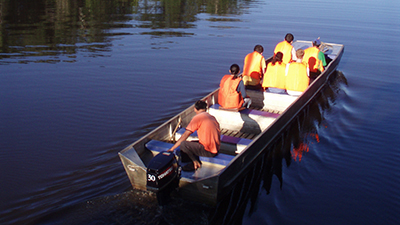 As you boat along with the current, you'll spot, count, and identify the species of individual pink river dolphins and grey dolphins, as well as any fish species you see. And you’ll use a high frequency hydrophone to record dolphin communication to study their sonar and social behavior. 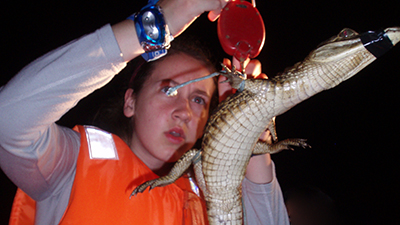 In the rainforest, track an abundance of wildlife, including primates and game birds, and record their behavior. When the forest is not flooded, you’ll also assess wildlife presence through deployed camera traps. Take to the river at night and track caimans, smaller relatives of the alligator. Locate them by shining headlights that reflect back when they catch their eyes. You'll safely capture, measure, and release any caimans you catch. 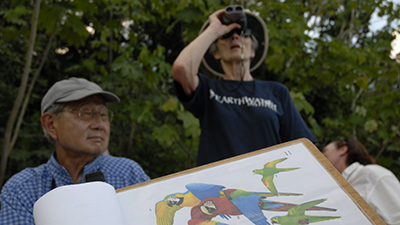 Early in the morning watch the sunrise over the forest and river as you spot and count herons, kingfishers, horned-screamers and a multitude of shore birds. You will also observe and count colorful macaws at 500-meter intervals. At dusk, you’ll search for bats and count them with a search light and acoustic bat box as they swoop down to the river and catch fish

4 Reviews on this Expedition

If you have been on this expedition, others considering attending would love to hear about your experience.
Valerie Hart | March 25, 2020
An Amazon Adventure to Enjoy!
The Amazon Riverboat Exploration project was a wonderful experience. The project is well run and organized. It is fun living on a riverboat, exciting to be on the Samiria River in Amazon basin and to experience the wildlife (birds, dolphins, fish, bats, monkeys) and the rainforest environment. Richard Bodmer, and his staff and crew are all friendly, helpful and competent and feel like friends now.
Patricia Shaw | May 2, 2019
Return to the Amazon
This was my second time volunteering on this Earthwatch expedition to the Peruvian Amazon. My first time in 2016 was during the Low Water Season, I was also celebrating my 75th birthday. It was the best birthday I've ever had. Just to give you a hint of what took place, I started the morning watching the grey dolphins playing alongside our boat, (Clavero built in 1876). On our first survey of wading birds (we counted 5,962 birds), we came across a family of 6 giant river otters. These animals had been hunted to near extinction so seeing their return was quite special. During our fishing survey, I caught my first piranha - yes, we weighed, measured, and returned them to the river (they do have very sharp teeth!). After dinner, we went out to find caiman. At night, you can see the Milky Way, which is breathtaking. We caught, weighed, and measured 4 caimans and returned them to their river home. Holding a small caiman in your hands is amazing. These were everyday experiences. In 2019, I returned because I wanted to see what it is like in the High Water Season when the Rain Forest is flooded. The second trip, we were not only in a different season, but also at a very different site and one just newly opened for research. We were just the third group of volunteers that had been to this site and were doing some exploring of various waterways while taking our surveys. It was a new adventure for me even though most of the species we were monitoring were the same as before.
Patrick Schlemmer | October 30, 2018
Naturalist's Paradise
This expedition exceeded even my high expectations. The Amazon is a magical place. This trip allows you to see it through the eyes of trained biologists as well as the native people who have lived here for eons. The boat and crew were wonderful--all the creature comforts. The wildlife was epic. My job at the zoo sends several keepers on Earthwatch expeditions each year, so I've had the opportunity to hear about a lot of the different trips. To me, Amazon Riverboat Exploration is the best one available. I highly recommend it! 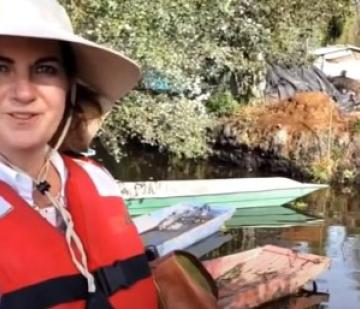 Bringing Chinampas to the Classroom 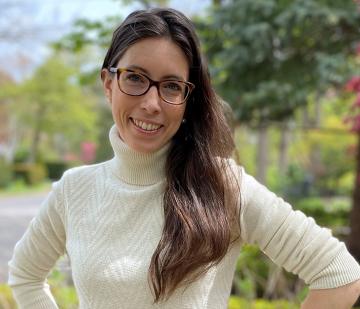