Turning a Concept into an Expedition

Have you ever wondered what research is fun, important, and inspirational enough to build an Expedition around?

It is an interesting question indeed. Most non-profits support a single mission, such as curing cancer, helping the homeless, or supporting victims of devastation. Earthwatch is different. While the organization as a whole does indeed have a mission to engage and empower people to help with scientific research, each of its more than 50 expeditions has its own purpose, too. And for the scientist leading the research on any given program, nothing in the world is more important.

Mark Chandler is the Director of Research at Earthwatch, and he is international traveler himself. In fact, he recently returned from a 15-day family vacation to Tanzania with his family and three children.  At the office, he is responsible for oversight of scientific research on each of our programs, and walked me through the process of how Earthwatch goes about selecting new expeditions to add to the roster. 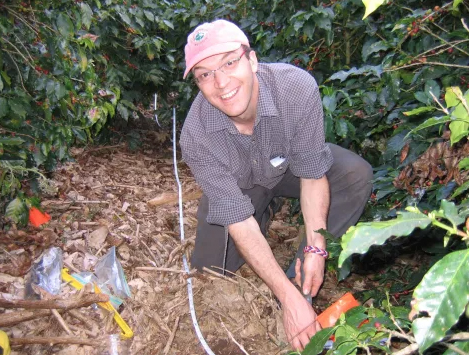 “Each year, we look at our portfolio to see if there are major gaps in a conservation science area, or areas that we know participants want to go, but where we don’t have programs today. Then we draft a Request for Proposal, and distribute it as widely as possible. We notify prospective scientists, including past Earthwatch scientists, people we’ve met at conferences, as well post to online message boards. We give everybody about one month to submit a short ‘Concept Note’ that provides a high level idea of what program they think would work, why it’s important, what volunteers would be doing, and what the basic logistics would be.”

I learned that in any given year, Earthwatch receives between 100 and 120 various concept notes. That’s a lot of science to choose from.

“We have an internal review process that looks at whether the science addresses key research themes that Earthwatch focuses on: ocean health, archaeology, climate change or wildlife and ecosystems. We try to understand whether there are meaningful tasks that volunteers can do to be engaged. Is the research credible from a science and education perspective? Is the location and are the activities going to meet our health and safety standards? Are we likely to find a sufficient number of volunteers to make it worthwhile for the science or for the program’s finances to work. It basically comes down to does it hit mission criteria? Is it safe? And can we recruit enough volunteers?”

About 90 Concept Notes Advance to Review

Of the concept notes, Mark informed me that about 90 make it to a formal ‘Review’ process.

“We sit around a conference room with coffee and treats and go through them all, and say ‘Hey, what about this one. Yes or no?’ To each. One by one.”

Just About 30 Scientists Have An Opportunity to Submit a Proposal

Mark informed me that Earthwatch only asks for full proposals from about thirty lead scientists, referred to as ‘PIs’ or Principal Investigators. So only about one-third to one-quarter of programs remain.

“Each prospective PI is engaged in a phone call to answer their questions and talk about what could make their program more scientifically interesting, fun and inspirational for participants, and how the logistics and accommodations are envisioned. A lot of the details come down to the running of the program: What activities can volunteers do, where will they stay, and how long is it?”

Only 20 Proposals Make It To Final Consideration

Typically, about 20 proposals are submitted. It struck me as odd that scientists would make it this far in the process, only to drop out.

“Perhaps a third drop out because there just isn’t a match from the phone interview and the email correspondence. We usually pick six to eight from those who do submit a proposal to add as new program.”

Eight New Programs Were Added for 2013

Heading in to 2013, eight new programs were added to the Earthwatch portfolio. I was curious what caused some programs to be added, while others fell by the wayside. After all, these decisions ultimately determined where critical research would be conducted – and where it wouldn’t be.

Mark added: “Alison Leslie is the PI on the Malawi program, Animals of Malawi in the Majete Wildlife Reserve. She has run about three Earthwatch expeditions. We knew that whatever she does is good. So when we saw her submit something, we knew this would be good – even though it was her first non-crocodile  project. The science looks interesting and she works well with volunteers. The type of question she is looking at is really interesting. What will animals do when they are re-introduced into the wild?” 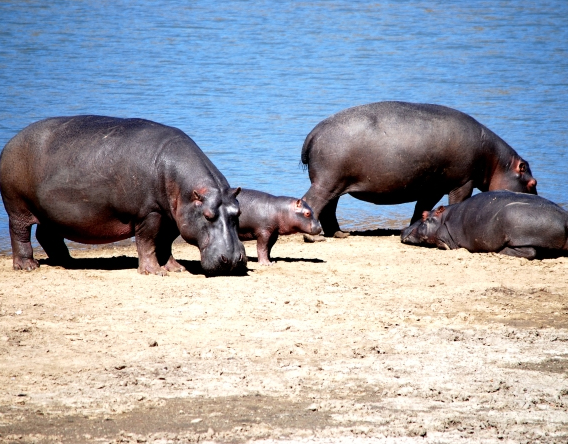 In contrast, Mark explained another deciding factors on chosing an expedition: “The chimpanzee program, Tracking Chimps Through the Trees of Uganda, had a much more interesting discussion. Initially, Uganda was not necessarily a hot destination for us. We felt that the public didn’t necessarily perceive Uganda as safe. Of course, Earthwatch would never send participants anywhere that wasn’t completely safe, and we have a rigorous vetting process tied to volunteer safety. We knew that Budongo Forest Reserve was the epicenter of primate diversity. Chimpanzees are a big draw. And the research seeks to understand the interaction between plants and chimps. Plus, Dr. Babweteera is a local Ugandan researcher, and we wanted to support that. A local scientist in a hotspot jumped out at us.” 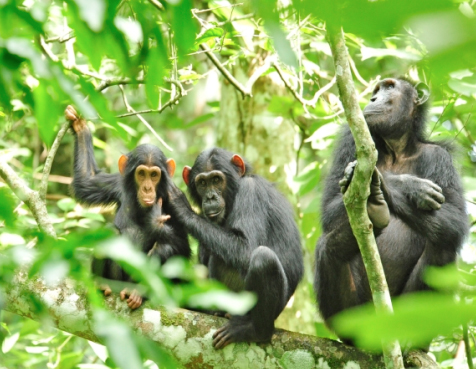 After such a vigorous selection process, I was quite curious to learn from Mark what the reaction from the scientists were once they were notified that their proposal was selected.

“Excited and thrilled. Also, a little bit of ‘I know there is a lot of work to do.’ We need to work out exactly how everything will run. Earthwatch is recognized as being incredibly organized and thorough, and we need to train scientists in the field incredibly well so that volunteers will have a great in-field experience.”

“Sometimes, you just have to have the feeling that the science is sound, and that people are going to like it.”

Are you a scientist or researcher interested in submitting a Concept Note for consideration for 2014 funding?  Respond to the Earthwatch Request for Research Proposals today!