Safety in the Storm

This summer ushered in a series of natural disasters, which are currently still ravaging parts of the world. From hurricanes Harvey, Irma and Maria, to earthquakes in Mexico, to wildfires in northwestern North America – Earthwatch field sites have been directly impacted by these destructive events. The research we conduct is all the more relevant in light of major changes that are impacting wildlife and ecosystems in these regions, but the safety and welfare of our field teams is always a priority. Through our rigorous risk management process and culture of safety, we continue to weather these storms.

This week, I spoke to Earthwatch’s Chief Scientist Cristina Eisenberg and Director of Program Delivery Heather Pruiksma who shared insights on how Earthwatch manages incidents in the field. In September, a team fielding on Cristina’s project Restoring Fire, Wolves, and Bison to the Canadian Rockies had to be evacuated due to encroaching wildfires, but throughout the experience, Cristina said both she and the volunteers felt entirely supported by the proactive assistance Earthwatch provided. 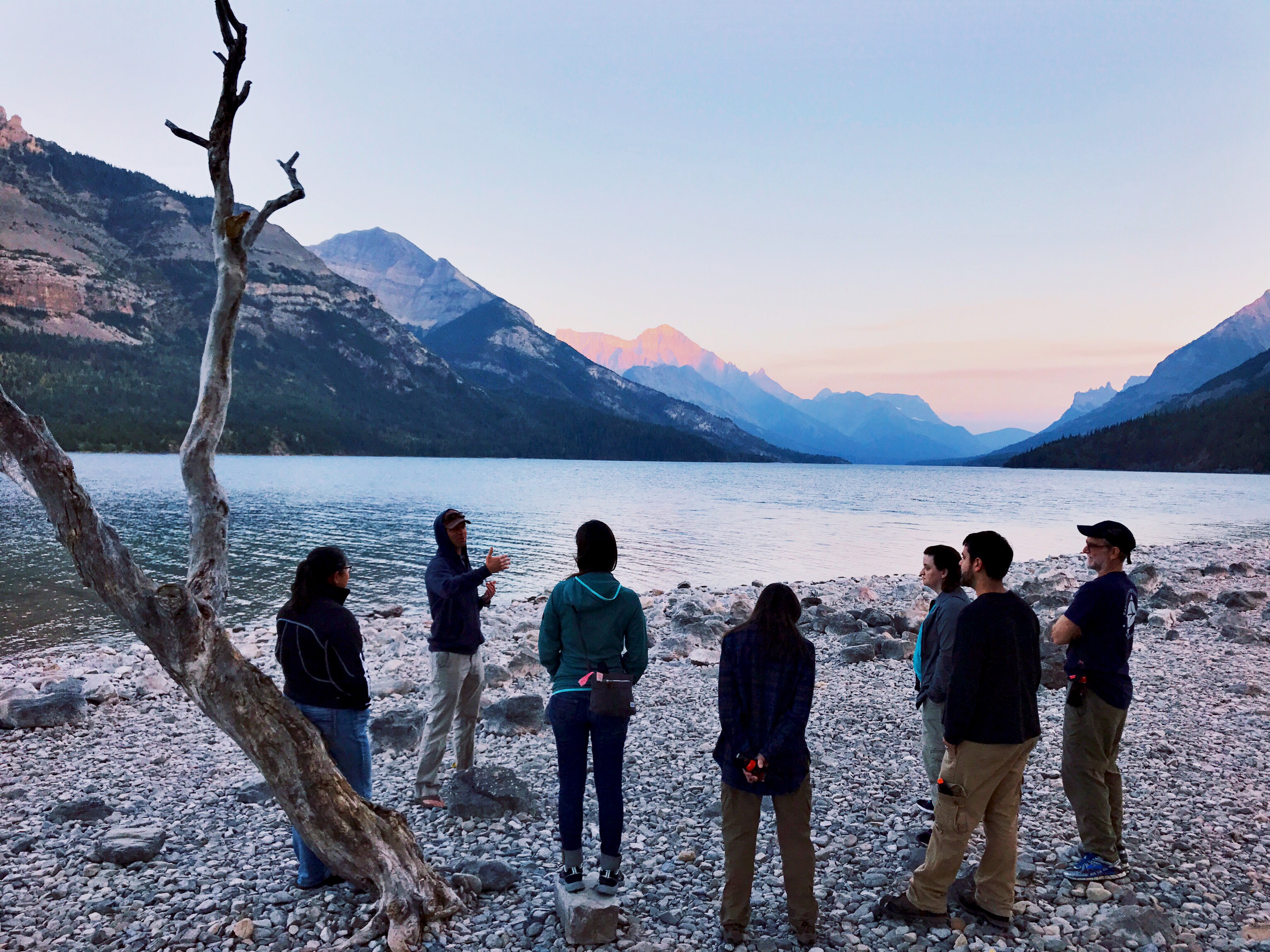 As a researcher and fire ecologist, what was it like for you when the fires started encroaching on your project site? What did you do to mitigate the risks?

Cristina: Fire season typically begins around middle to end July and then it goes until it snows. So I started looking at all the fires in the area and started tracking them in early July.

I check the fires almost every day. If there’s a big windstorm and humidity plummets, then you get something called a blowup. So I checked the fire that was burning to the northwest of our field site in Waterton Lakes National Park, about 40 miles away. I’d been tracking that fire since it began around the third week in August and it was tiny – about 100 acres. Then I tracked it as it got to be almost 1,000 acres, around September 3rd.

Forty miles, two big mountain ranges, and two big lakes stood between our field site and that fire. So the odds of it reaching us were minimal. This assessment was verified by the park managers as well as a PhD student studying with me who has been a wild land firefighter for many years.

The volunteers arrived on September 4th. The next day, the fire that had been so far away started heading toward Alberta. The park chief of science came over that night to speak with us and said that while it’s highly unlikely the fire would reach us, she recommended we proactively evacuate slightly in advance of a mandatory evacuation. So we voluntarily packed everything up and post evacuation, we safely collected critically important data well away from the fire zone.

I communicated with our Earthwatch staff every day about our status. We also had to be further evacuated a second time, and throughout it all, Heather was awesome. Night or day, even at 6 in the morning, she always took my call. 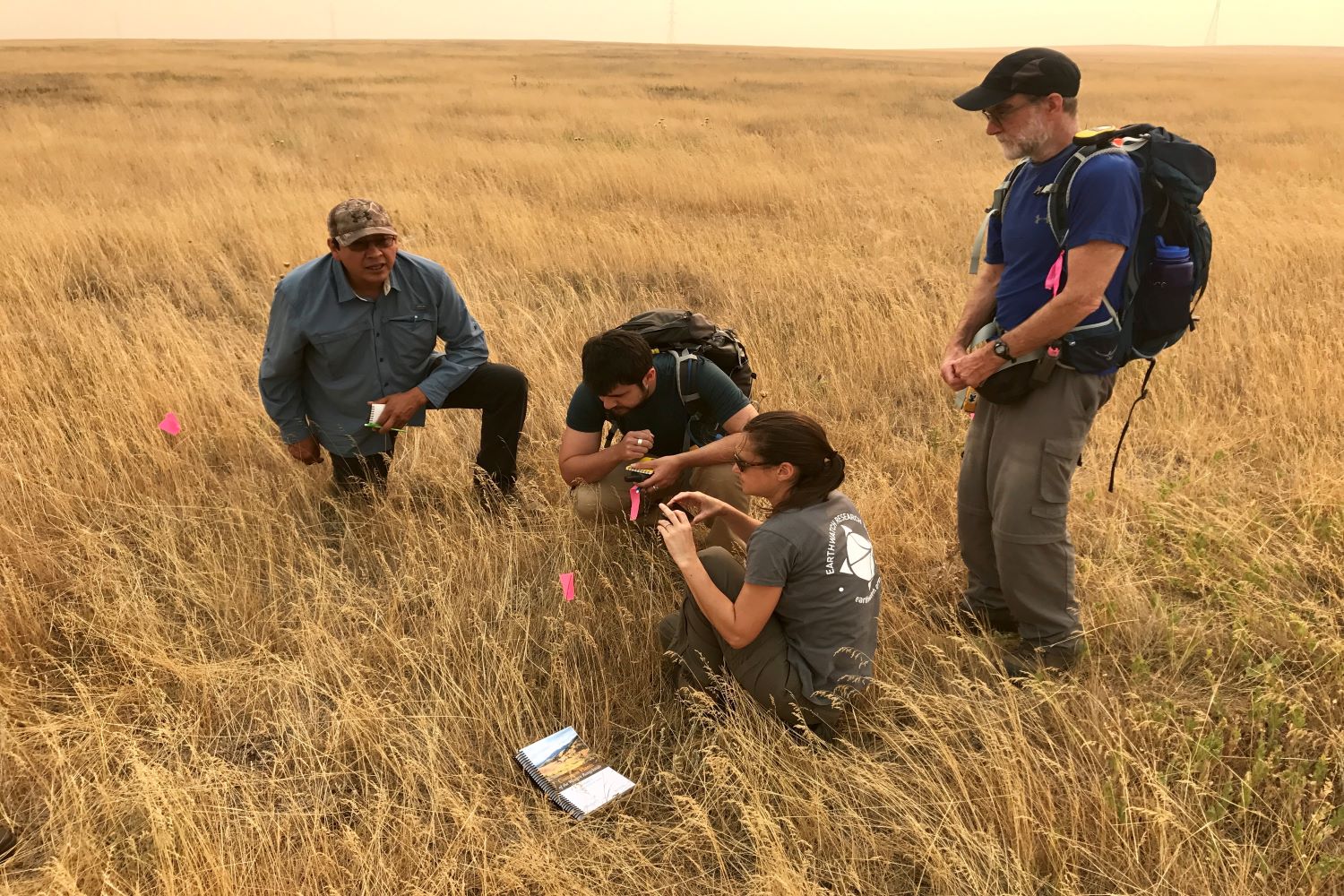 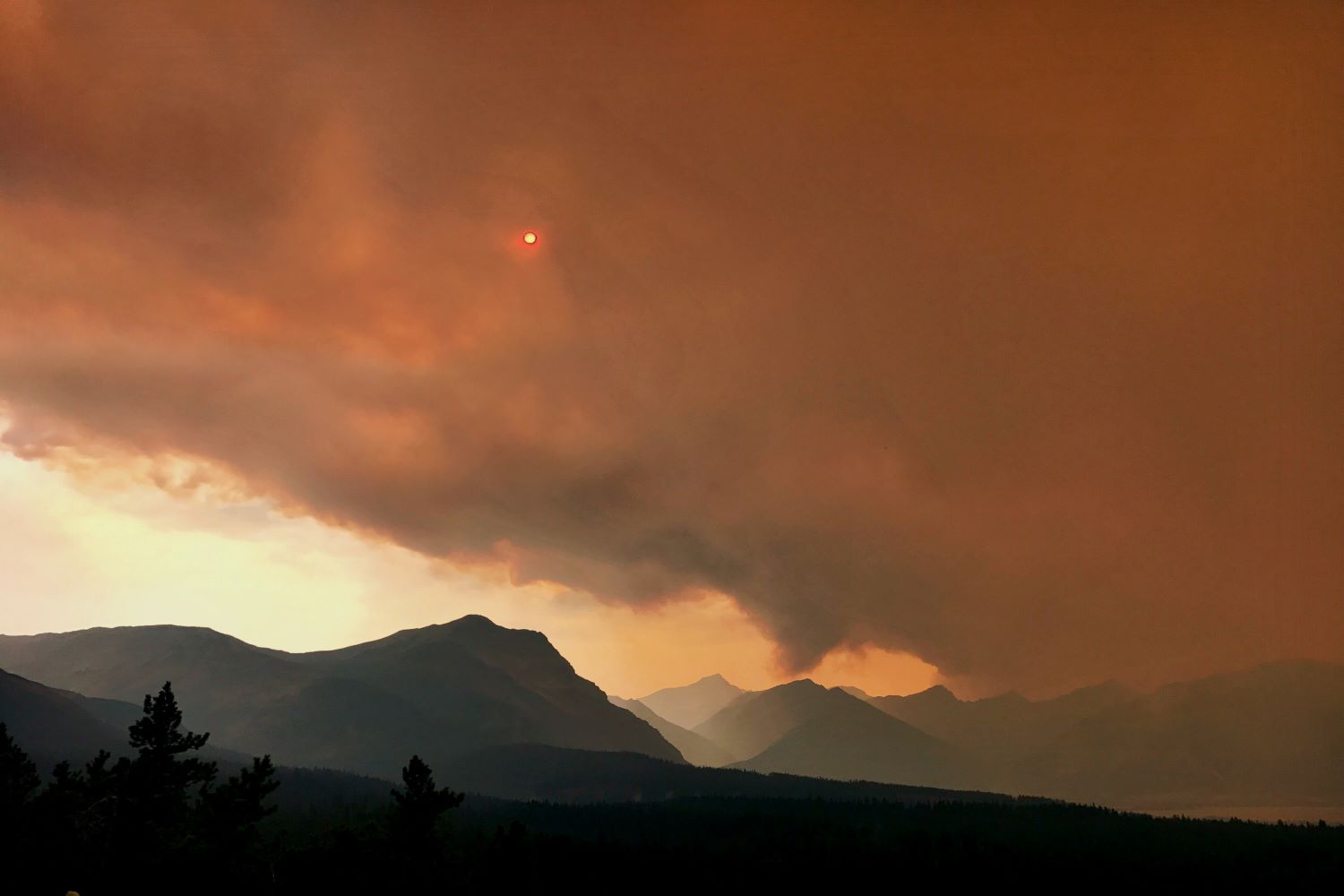 How do you assess risks?

Heather: Cristina assessed the situation every day to monitor where the fire was, what the fire intensity was, what the fire weather was, how the fire was behaving, what the reports were on that, and what the predictions were. And that’s the exact same kind of thing we’re always doing with hurricane predictions and other events. So when something like this is approaching and people know about it, there’s a certain amount of pre-planning that we can do. We can’t fix the wildfire, we can’t fix the hurricane, but we can assess its status and stay up-to-date on the experts’ predictions and what those potential impacts are going to be on an upcoming team.

What are the protocols we have in place to deal with events like this?

Heather: When we’re bringing on a new project in an area where there’s any risk of wildfires, hurricanes, earthquakes, or other event, we develop a detailed “threat assessment.” These assessments, which identify any potential hazards, are conducted for all of the countries and regions in which we operate. They help us to determine whether we’re going to operate in a country in the first place, but also helps direct the conversations we’re going to have with scientists when we’re preparing the risk assessment for their project in that country or region.

Risk assessments dive more deeply into the specifics of the research sites, the research activities, and the times of year teams will be fielding. As part of this process, we make agreements with the scientists in the form of emergency response plans on what to do should emergencies such as hurricanes arise in the field. We also have plans in place for when something arises unexpectedly while a team’s in the field so that the scientists, Earthwatch staff, and the volunteers have access to the same information about our emergency providers, how to reach Earthwatch (day or night), how to use the emergency radios, details on evacuation routes, who conducts the evacuations, and so on. 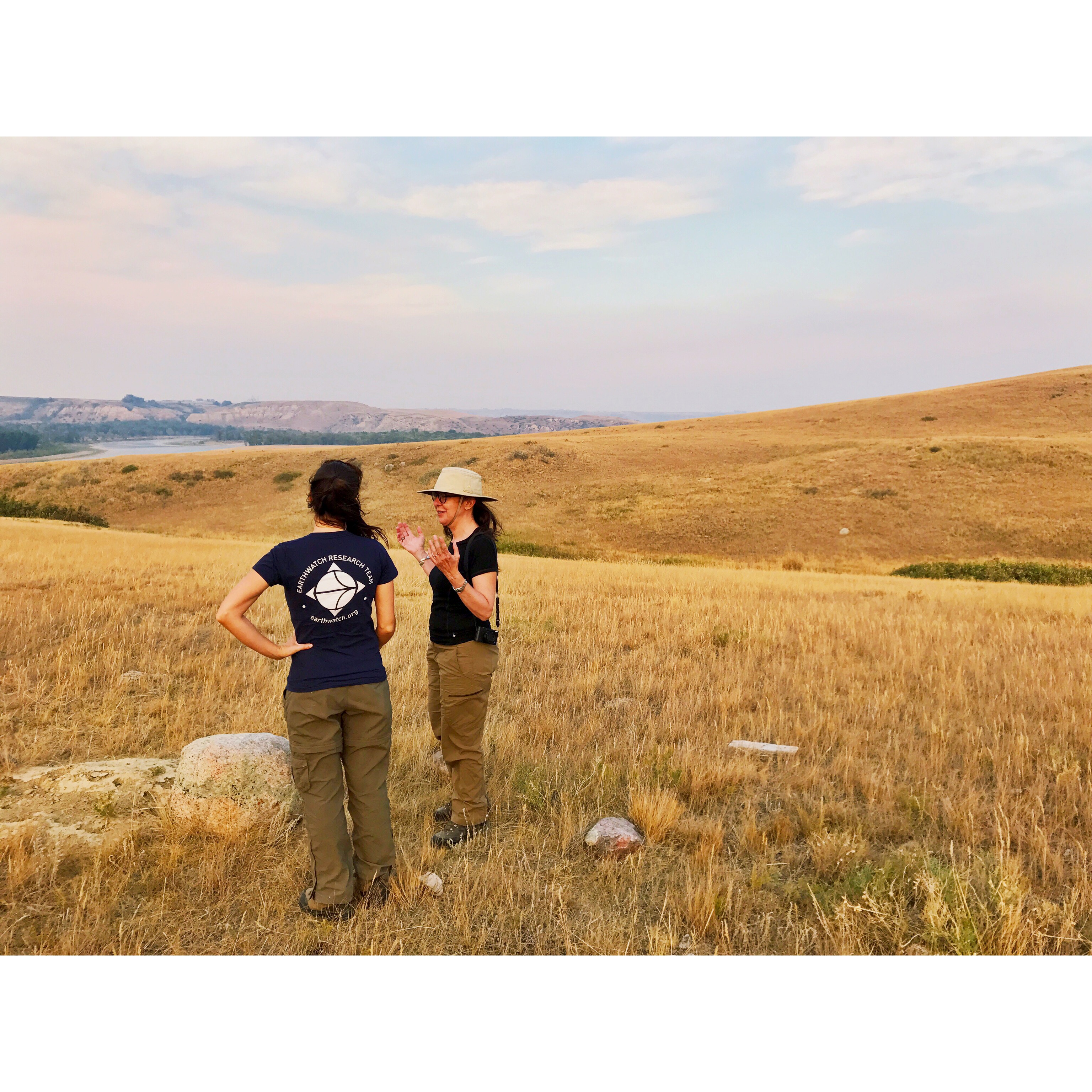 How do you prepare for something like an earthquake, which is almost impossible to predict?

Heather: That’s a lot harder because like you said, you can’t predict them. They happen when they happen, but we have plans in place in order to respond to them quickly and effectively. In the case of the Mexico City earthquake, there were no teams in the field, but we did end up canceling an upcoming team so as not to interfere with recovery efforts.

For example, during a volcano project in Costa Rica several years ago, an earthquake occurred while a team was in the field. However, we had prepared the scientist on how to respond to this type of event, including finding a safe place to stay and maintaining a calm leadership presence. The scientist, in turn, had prepared the volunteers on how to behave in the event of a problem in the field as part of the initial safety briefing at the start of the team. The scientist did a great job of following the response plan and making sure everyone was safe and comfortable, and we were able to support their incident response from headquarters. There were no injuries and everyone returned home happy and healthy.