Hope and Perseverance in the Face of Climate Despair

Earlier this week, the United Nations’ Intergovernmental Panel on Climate Change (IPCC) issued their sixth climate report since 1990, presenting a sobering assessment of how the world will respond if greenhouse gas emissions continue at their current rate. But amidst this chilling portrait of mass extinctions, coral reef destruction, worsening food shortages, and water scarcity, there exists a beacon of hope. It’s not too late. For Earthwatch Communications Director Alix Morris, this climate report is a resounding call to action.

The world was given a dire warning this week. According to the latest United Nations report on climate change, if we continue emitting carbon dioxide at the current rate and surpass 1.5 degrees Celsius of global warming, ecosystems will vanish, thousands of species will go extinct, nearly all of the world’s coral reefs will be destroyed, diseases like malaria and dengue will become more widespread, there will be increased water scarcity, agriculture will suffer, and millions of people will be displaced.

What the report isn’t, however, is a nightmare-ish prediction of our future. Rather, it is a critical call to action. And our failure to listen, our failure to act, threatens the fate of humanity.

1.5 degrees is not an impossible target. But it is one that will take massive and unprecedented changes on a global scale to achieve. Unfortunately, as we’re all too aware, science does not always determine the political outcome of a policy process. But government action, or inaction, should not dictate our response. We are all humans living on this pale blue dot. Let our legacy be that we acted in this critical moment. We joined forces to save the only home we’ve ever known. 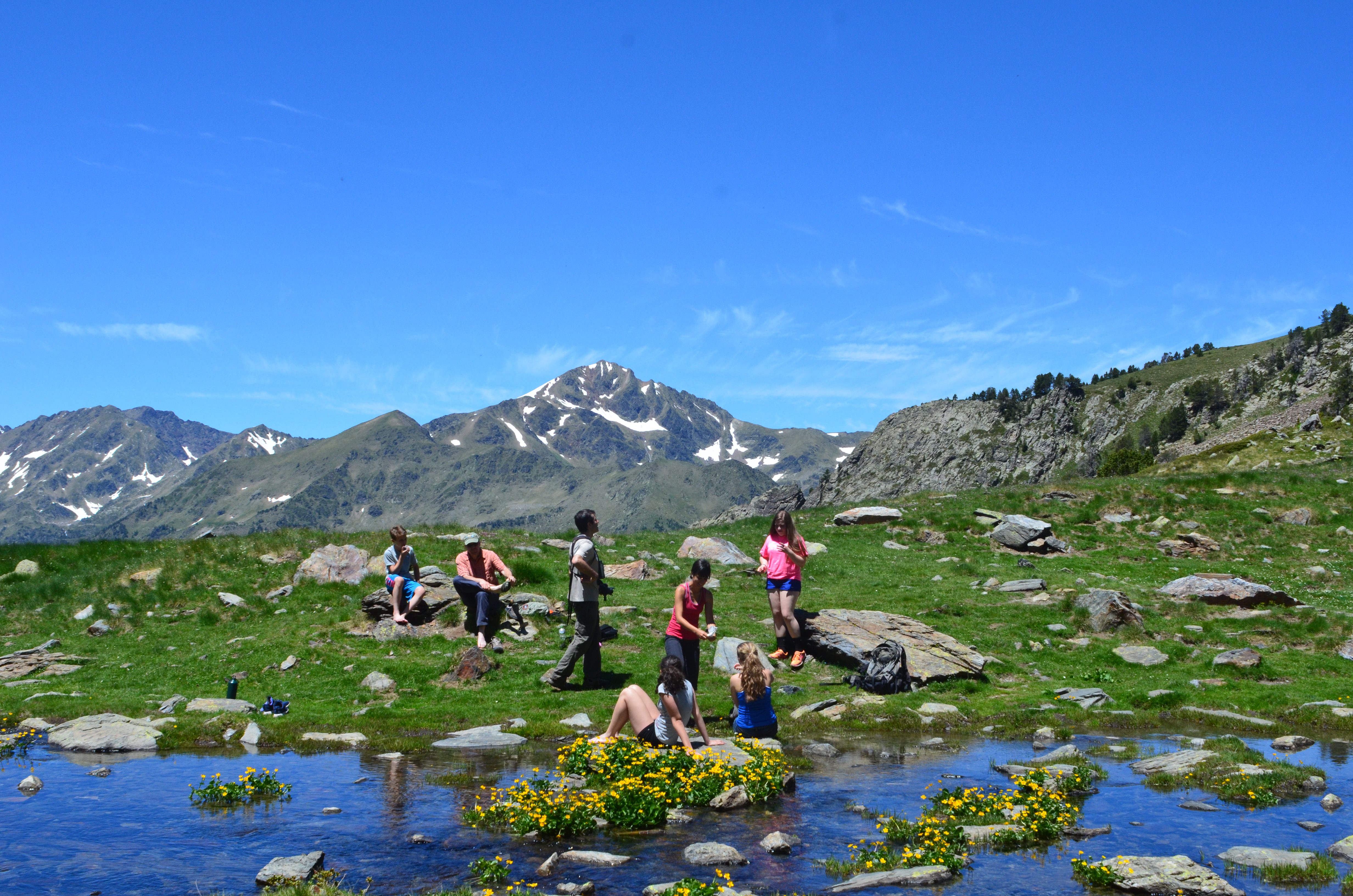 We had reached the blue ice. It was the final climb of the day on Patagonia’s Viedma glacier and my arms and legs were throbbing. But when the guide asked who wanted to be the first down the ravine, my hand shot up. It was now or never.

I triple checked my harness and secured my ice picks on the edge of the crevasse. I stole a fleeting glance at its depth and felt my stomach lurch. I flashed a terrified smile at the group and slowly descended down the ice wall, out of sight.

When I had neared the bottom, I tugged on the rope to signal I was ready to climb. The rope tightened and I began to steady the ice picks above my head, kicking my crampons into the frozen wall. But before I could take my first step, I began to hear a slow rumble. Within seconds, the rumble exploded into a deafening thunder. The glacier was calving.

As I recall, it was a superwoman-like strength (otherwise known as adrenaline) – the kind that stems from sheer terror – that carried me up the wall that day. After collapsing at the top, I removed my harness while they explained the magnitude of what had happened.

A friend showed me the video she captured of the enormous mountains of ice crashing into the sea. I looked back at our guide. She was silently staring at the empty space where those mountains once were.

Later, as we hiked back, I saw her turn once more to the glacier, tears in her eyes.

I work for an environmental non-profit whose mission is to empower people to save the natural world. But admittedly, there are moments when I become so caught up in the day-to-day meetings and processes that I can lose track of how critical that mission is. That afternoon, fairly confident I was facing my imminent death on the Viedma Glacier, it hit me that we’re simply out of time. We can no longer sit back and watch as we destroy the very world we live in. 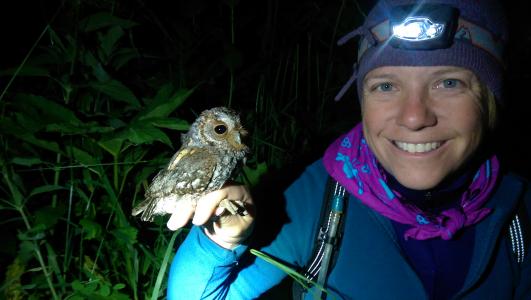 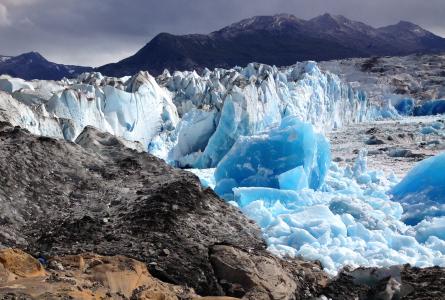 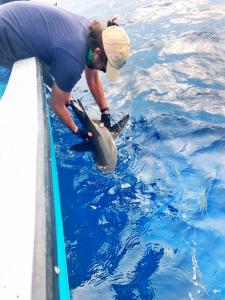 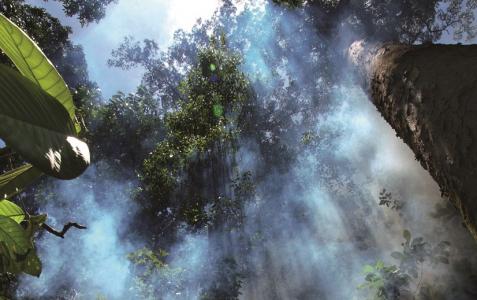 When I joined Earthwatch four years ago, I was overwhelmed by the task that lay before me: communicate the incredible stories that stem from nearly 50 research projects around the world, on topics as broad as climate change and ocean health and human-wildlife conflict. But I’ve learned something important in my time here. The most inspiring piece of the story is not the charismatic focal species or the stunning landscape. It’s the people. The scientists, donors, ambassadors, company employees, teachers, students, and volunteers who dedicate their lives to improving this world we live in. After all, who doesn’t love a story about an unsung hero or heroine?

Earthwatchers think “vacation” means traveling to the ends of the earth to support environmental research, getting their hands dirty to protect the species and ecosystems that so desperately need us, and experiencing nature in a life-altering way. As the saying goes, travel isn’t about the places you visit, but about how the experience changes you when you come back home. 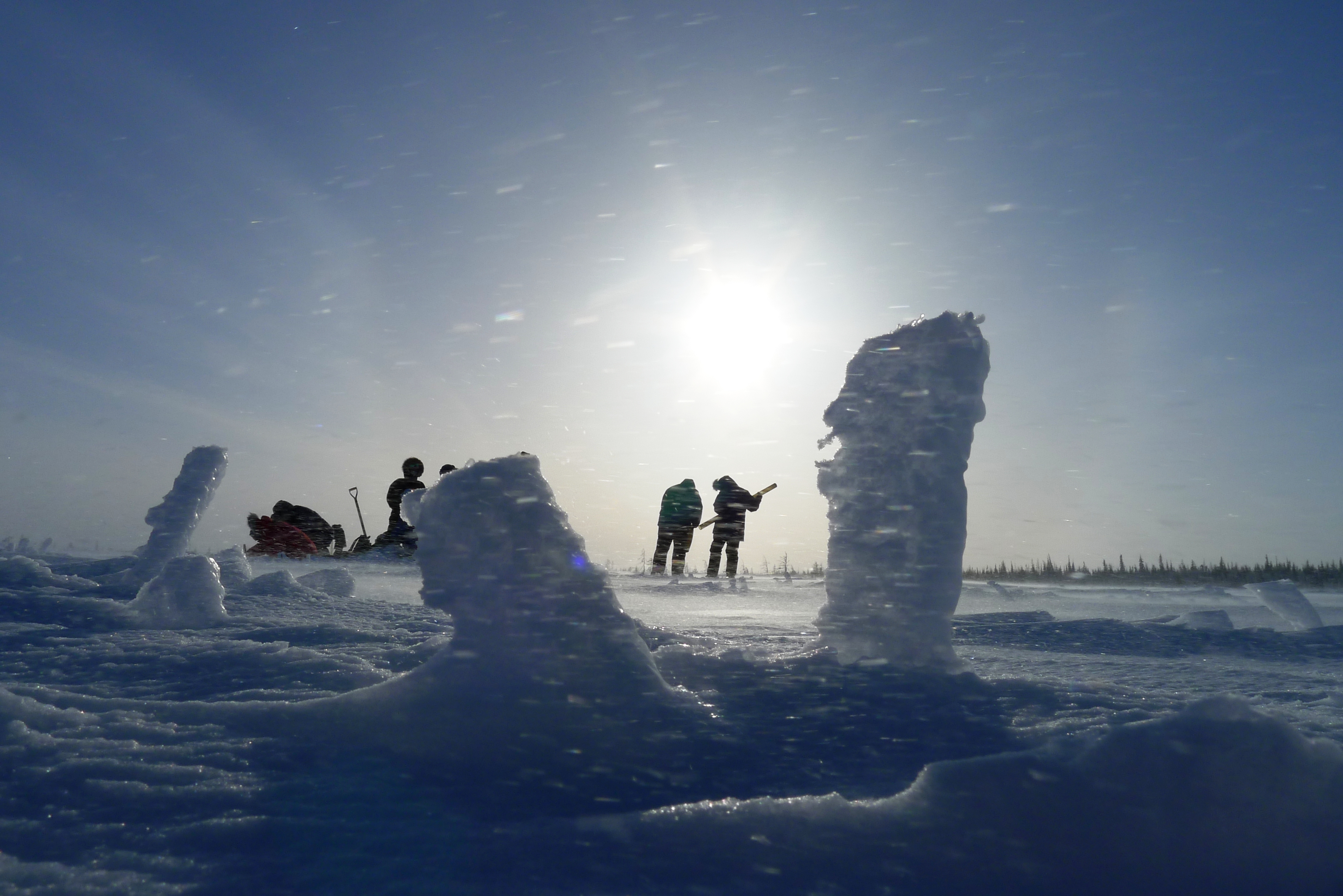 Some Advice from the Most Humble Nobel Laureate I Know…

In one of my first weeks working at Earthwatch, Dr. Bill Moomaw, Earthwatch’s Chair of the Science Committee for our Board of Directors, who was then our Chief Scientist, stopped by my desk to introduce himself. Unbeknownst to Bill, he was already a personal hero of mine – someone who has been overwhelmingly influential in the realm of climate change science and policy.

Among Bill’s hundreds of titles, board positions, and accolades, he has been a lead author for four of the now six IPCC reports that have been issued, including the 2007 report for which the panel received the Nobel Peace Prize. And over the years, Bill is the first person I turn to for advice on what we as citizens, as individuals, can do to combat the most significant challenge humanity has ever faced.

It’s very easy to become discouraged and even resigned, particularly when our political institutions are not responding well. But the reality is that the ultimate responsibility comes down to each and every one of us. We can not expect governments to have a policy and wave a magic wand. It’s not going to happen. The policies can set incentives for corporations, or individuals, or states or cities or universities to go out and do something. But they’re not the entities that actually do it. You know, I can only drive what automobile manufacturers actually sell. I can only have transport on the public systems that my local state or city puts in place. But as a citizen, I have a capacity to influence that. We each have two votes. One of them is our political vote and the other of them is our dollar vote.

For more words of wisdom from Bill, and a history of the science and policy around climate change, check out the latest episode of our Earthwatch Podcast: Living Deliberately with Dr. Bill Moomaw.

Standing Up for Science

For nearly 50 years, you have helped us to fight the good fight. Our model—pairing citizens with scientists to bring about environmental change—has endured. That’s because of you and your tireless dedication to conserving our planet. Together, we’ve accomplished more than we thought possible—from protecting threatened ecosystems to saving species from extinction.

If you are interested in supporting Earthwatch, visit our website for a list of our scientific expeditions that need volunteer hands or check out our donation page to help us fund critical field research.