Almost four years ago, about six months after I started working at Earthwatch, I had the pleasure of chatting with one of our scientists, Dr. Peter Kershaw, of the Climate Change at the Arctic’s Edge expedition, just before he was about to address a crowd of Bostonians attending one of our fundraising events.  Despite the wonderful setting, at the Boston Science Museum’s outdoor pavilion as the sun set behind the city skyline to our west and turned the Charles River golden red, Dr. Kershaw had an unenviable task.

Like most scientists studying issues that are in the public eye – and has any environmental issue been there more than climate change these past ten years? – Dr. Kershaw was familiar with the challenges of such a moment. He had to address a crowd of non-scientists, most of whom had had a few cocktails, and some of whom probably couldn’t have cared less (secretly or not) about the issue, and give them sound bites that would educate, entertain, and inspire them. He had to do so without dumbing-down some incredibly complex research or making them feel hopeless about its implications.

And he had about five minutes to do it, before we needed to get the band playing and get an auction underway.

Cue the Penguins and Polar Bears 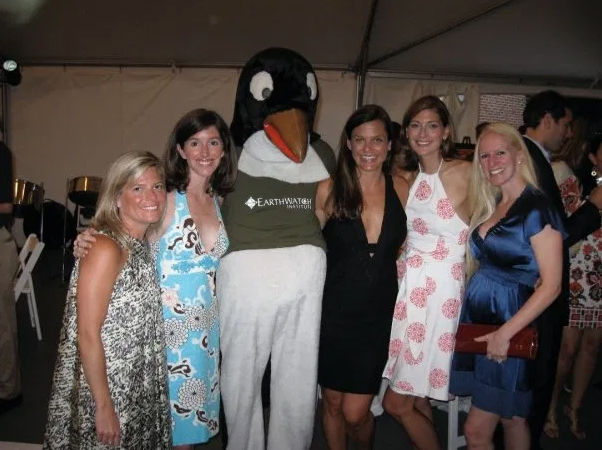 It might not have helped matters that as I stood there going over last minute ideas with him, I was also helping an Eathwatch intern get into a penguin costume. (I’m still sorry about that, Trip!) I probably wasn’t paying much better attention than some of the crowd was about to, or than most people do when “The Scientist” steps up to the mic to address them on “The Issue They Must Care About.”

Dr. Kershaw did great, of course. This wasn’t his first time at the Talking to the Public About Science Rodeo. As all masters of that form do, he opened with anecdotes about what we in the trade call “charismatic mega fauna,” in this case: polar bears.

They’ve understandably become the poster species for climate change for the public at large, as melting sea ice drives them onto land earlier and further each season. Churchill, Manitoba, where the Climate Change at the Arctic’s Edge expedition is based, is already becoming famous for its “Polar Bear Jail” at the edge of town, as the need to safely contain the increasing population of these displaced and potentially dangerous carnivores is growing.

People love polar bears. And, to some extent, they love thinking about climate change by thinking primarily about polar bears. (Or penguins. Again, sorry, Trip. Does it help to focus on the fact that the bear costume would have been even hotter?)

Is that Methane You’re Wearing? Or, Pardon Me, But I Think Your Permafrost is Melting

But Dr. Kershaw isn’t a polar bear biologist, and they’re not the focus of his research; they’re just an impossible-to-ignore and exciting-for-the-tourists adjunct to it.

One that, let’s face it, we can and do use, ourselves, to get people interested in volunteering on his expedition. We catch more people with polar bears than permafrost, which is the real focus of Dr. Kershaw’s study at the Churchill Northern Studies Centre, one of the premiere research institutions of its kind in the world. It’s also potentially the center of a worldwide ecological time bomb. (Who needs another cocktail?)

As he pivoted away from polar bears and onto his real subject, Dr. Kershaw couldn’t help but bring the party mood down a little. His research is both incredibly important and potentially frightening: as permafrost melts–yes, you read that right— it releases methane and other gases that have long been trapped frozen within it. Those gases join CO2 and other greenhouse gases in the atmosphere, potentially accelerating global warming, and thus melting more permafrost and releasing more gases. 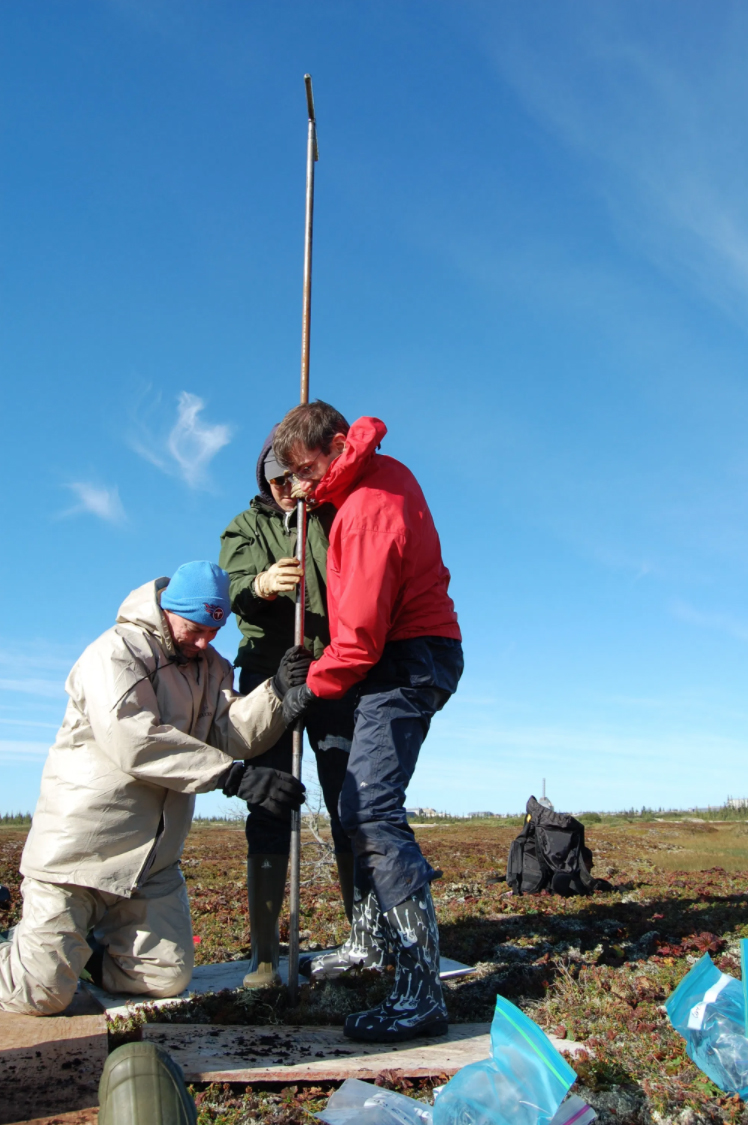 Volunteers take soil and gas measurements in the Arctic.

Um, Do You Have Any Happy World Environmental Crises?

And that’s the fundamental problem we, and the scientists we support, so often face when seeking to engage volunteers and donors in our mission: how do you talk credibly about climate change, ocean collapse, the biodiversity crisis, and the loss of the world’s cultural heritage without coming across as so scientific and/or depressing that you turn off the average potential Earthwatcher?

On the other side, how do we maintain a sense of fun, excitement, and hopefulness about these issues without dumbing them down so much we become indistinguishable from an adventure travel provider, eco-tour outfit, or even a luxury resort operator?

Simultaneously educating, entertaining, and inspiring isn’t easy. We want you to want to go to Churchill – or on any of our other expeditions – not just feel like you should. We need you to go. But it’s also vitally important for our long-term mission and legitimacy as an organization that you go with the right motivations, the right understanding of what you’re getting into. Otherwise, you won’t enjoy getting involved with environmental challenges, and our scientists won’t get good research done.  And the planet can’t afford either of those outcomes.

We’re Going To Need a Rewrite on That

A few months before Dr. Kershaw’s appearance at our climate change event, we were facing a similar problem coming up with some descriptions for an event in New York City that was going to focus on the likely impact of climate change on world cultures, and especially indigenous peoples, in the decades to come.

I’d found a United Nations study that predicted “50 million people will become environmental refugees because of climate change in the next decade.” It struck me as sobering and compelling. The implications for the loss of cultural knowledge alone, to say nothing of those for famine, disease, political unrest, etc., were staggering.  Others here disagreed, and found it too overwhelming, too dark, too likely to induce apathy or hopelessness in the people we wanted to reach, rather than action and engagement.

We ended up going with something that was, to me, far too soft, something about “helping preserve cultures in a changing world.” The event was as successful as these things generally are, no more, no less.

Would we have turned more people off, and away from the door, with a more pointed message? Possibly. Would those who came anyway have potentially been more deeply engaged over the long term, more active with us going forward? I think that’s possible, too. Which message was right? I don’t know. I can see both sides of the argument. I don’t think we’ll ever know the final right answer. That’s the nature of things when you’re marketing a mission, and an often scientifically complex mission, at that.

You put words on a poster, or you grab the microphone in front of a well-heeled, well-intentioned, and well-lubricated crowd, and you make your pitch as best you can. Educate, entertain, inspire. Get them in the door, get them in the conversation, get them on the mailing list, and get them into the field. Pass the appetizers and the red pens for rewrite. Get the kid in the penguin costume some water.

It’s the Mission, Not the Message.

So it’s nice that from time to time our expeditions themselves get some recognition that where it really counts – in the field, not in the marketing or development departments – we’re getting it right, and finding that best balance among educating, entertaining, and inspiring volunteers.

Recently, Climate Change at the Arctic’s Edge (Teen Team) was named one of National Geographic Traveler Magazine’s “50 of the World’s Best Guided Expeditions,” in their Best Tours in North America division, specifically for our commitment to “authenticity, immersion, sustainability, and connection.”

Awards are nice. To the extent that they draw the attention of more people who don’t already know about us, they’re really, really nice. They’re like cocktail parties and funny polar bear stories that way.

But when they acknowledge that what you’re doing where the snowshoes meet the permafrost is keeping it real? That’s the nicest.

“Authenticity, immersion, sustainability, and connection.” Words to try to live by, and try to run an organization by, maybe even more so than “entertain, educate, and inspire.” Worth putting science and scientists on the fundraising party circuit, for all its perils, and definitely worth putting an intern in a penguin costume. 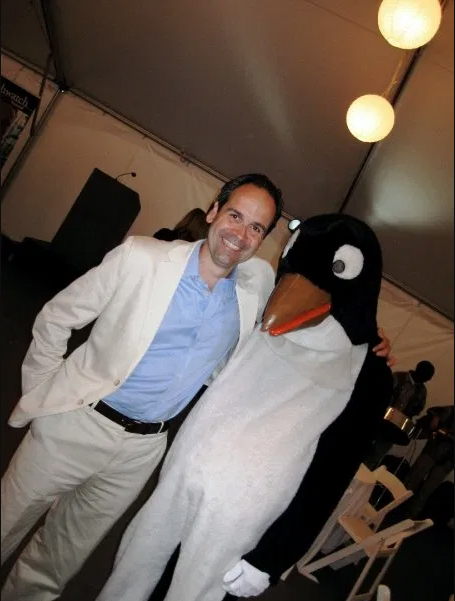 (Hey, Trip–what are you doing this summer?)