From maintaining seagrass beds and coral reefs to balancing marine food webs, sea turtles are critical to the health of their environments. But sea turtles are in trouble— six of the seven species are currently threatened with extinction. Of these, three species (green, hawksbill, and kemp's ridley sea turtles) are considered to be endangered or critically endangered, according to the IUCN Red List. In honor of Earthwatch’s 50th Anniversary, we’ve created a map to show you all of the sea turtle-focused expeditions Earthwatch has run since our founding and highlight the incredible impact our research has had.

Since 1978, Earthwatch has supported 21 independent sea turtle research projects in 14 nations. Earthwatch’s support for these projects ranges from 1-28 years, with a total of 120 project-years of support. From this support, a total of 52 policies, management plans, or protected areas were created or contributed to with the data collected on these expeditions. And we wouldn’t have been able to do any of it without volunteers like you. Over 5,000 volunteers participated on these expeditions, collecting critical data, conserving vital habitat, and protecting adorable hatchlings.

You can click on the turtles on the map below to learn about each of our projects, including the years they ran, the lead scientist, years of Earthwatch support, number of species studied, number of peer-reviewed publications created, and number of policies influenced.

Over the last 50 years, we've supported the development of hundreds of critical conservation policies. Here are some highlights from our decades of work conserving sea turtles and their habitats. 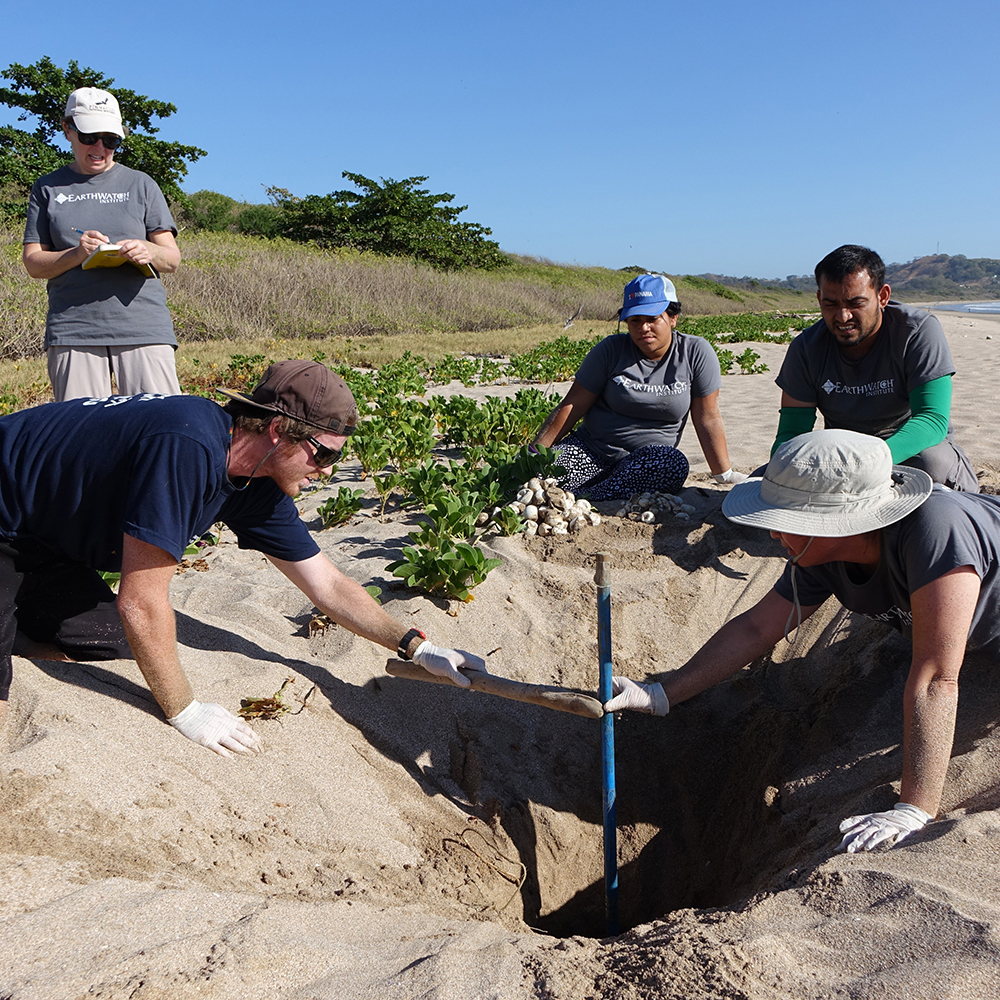 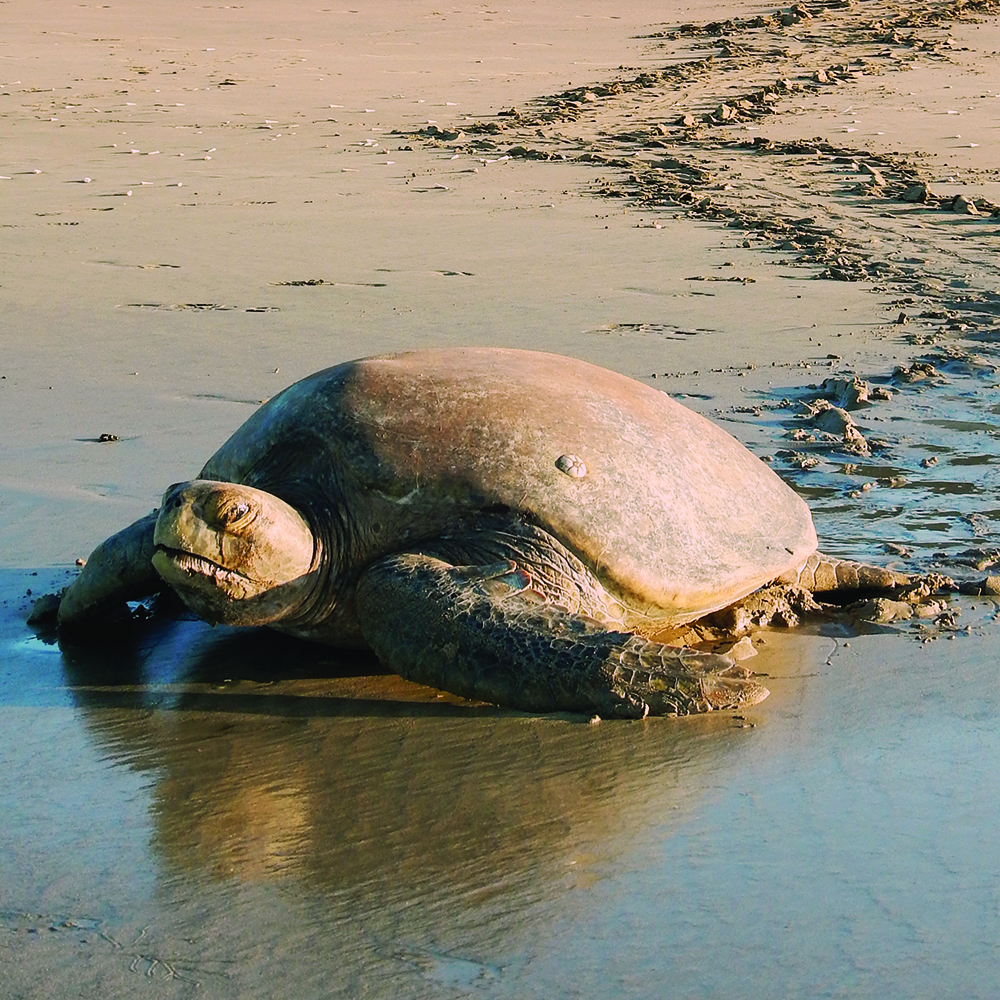 From 1982 to 2007, Drs. Jeanne Graner and Peter Dutton worked in the US Virgin Islands studying green, leatherback, and hawksbill sea turtles with the help of Earthwatch volunteers. Data from this expedition was used to inform the purchase of Sany Point and its designation as a wildlife refuge in 1984. These protections have preserved critical nesting habitats for the endangered and threatened sea turtle species over the last 40 years. 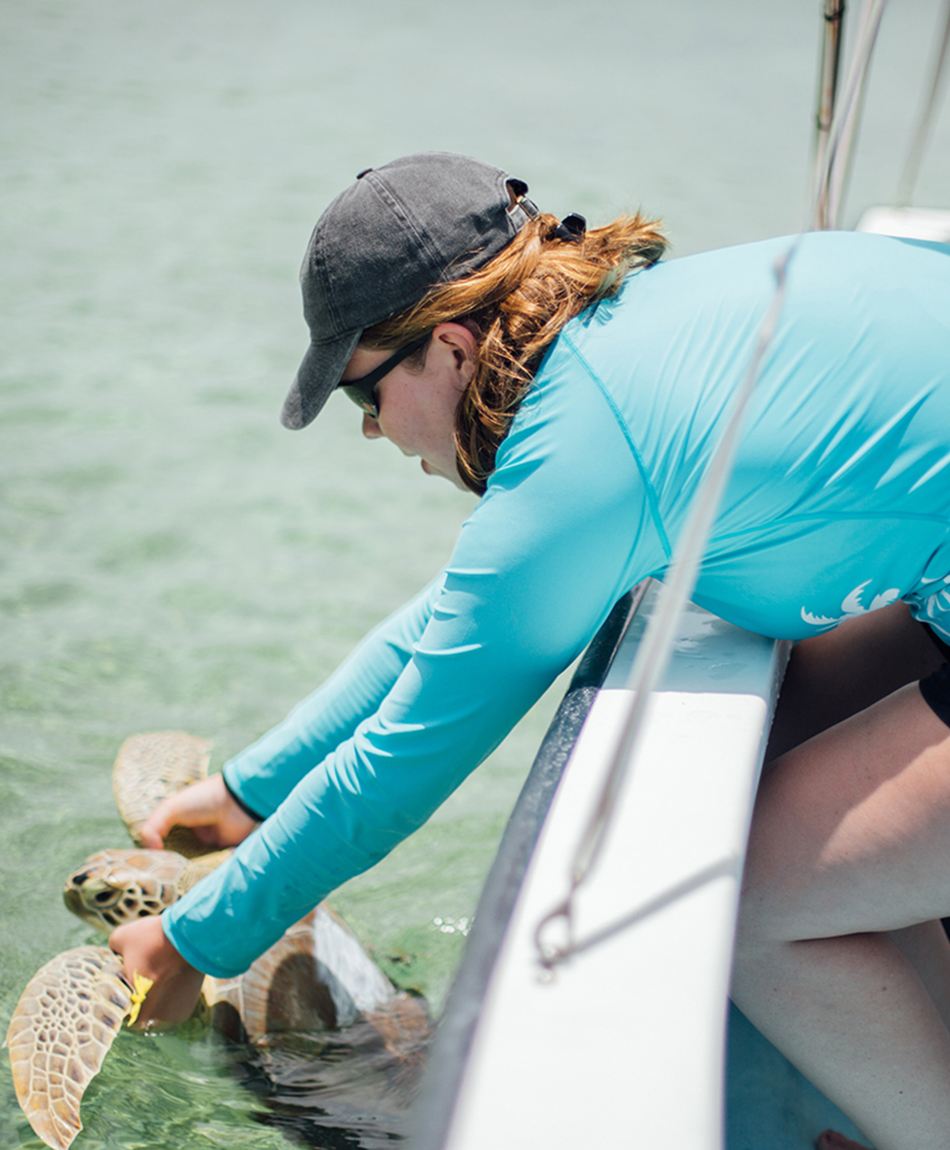 For 28 years Dr. Frank Paladino has worked with Earthwatch to study the critically endangered Eastern Pacific population of leatherback sea turtles in Costa Rica through his expedition Costa Rican Sea Turtles. While there is a long list of impacts and publications produced from this project, one that stands out is the establishment of the Las Baulas National Park in 1995. Based in part on years of data Dr. Paladino and his Earthwatch volunteers had collected, the Minister of Natural Resources in Costa Rica established the National Park. For decades afterward, Dr. Paladino served on a commission to manage the park, using the knowledge collected through his expedition to preserve this critical nesting habitat. 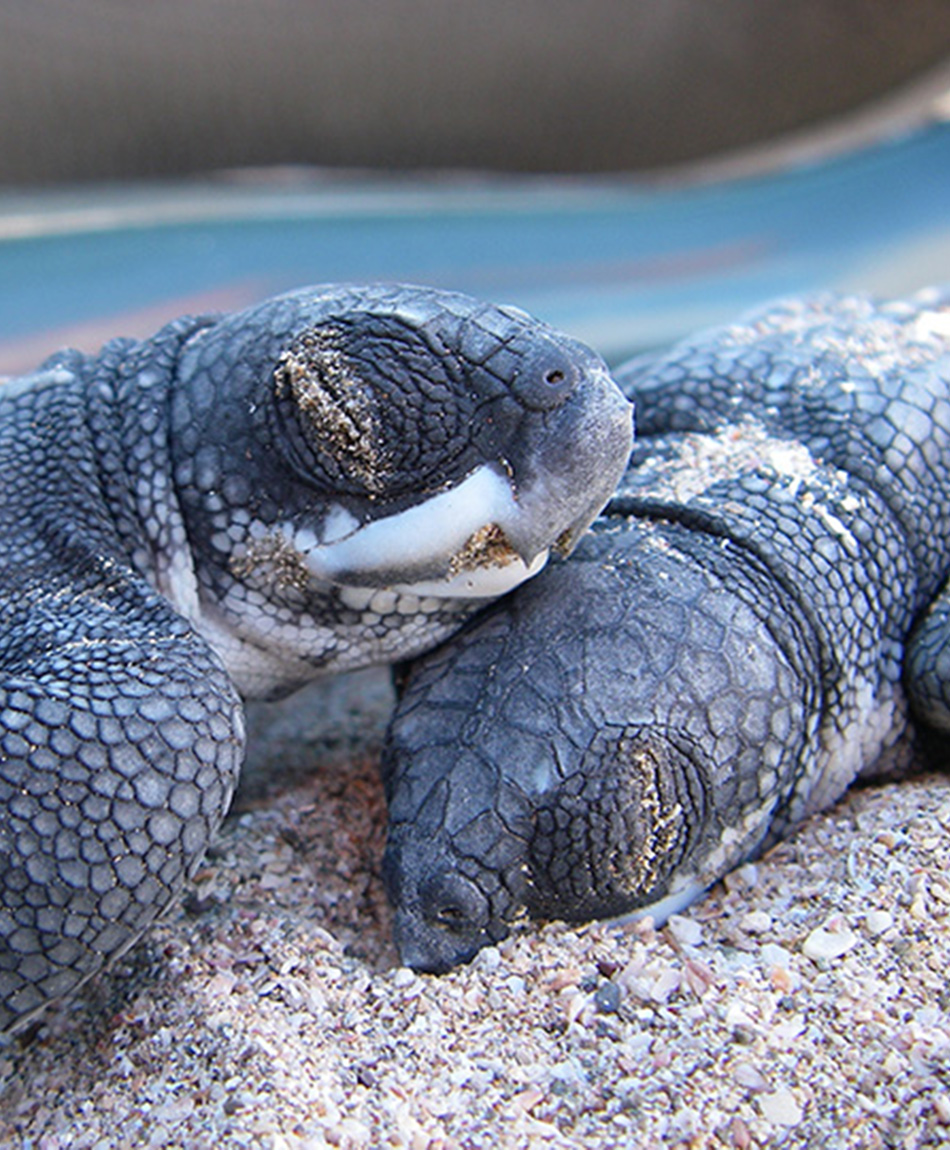 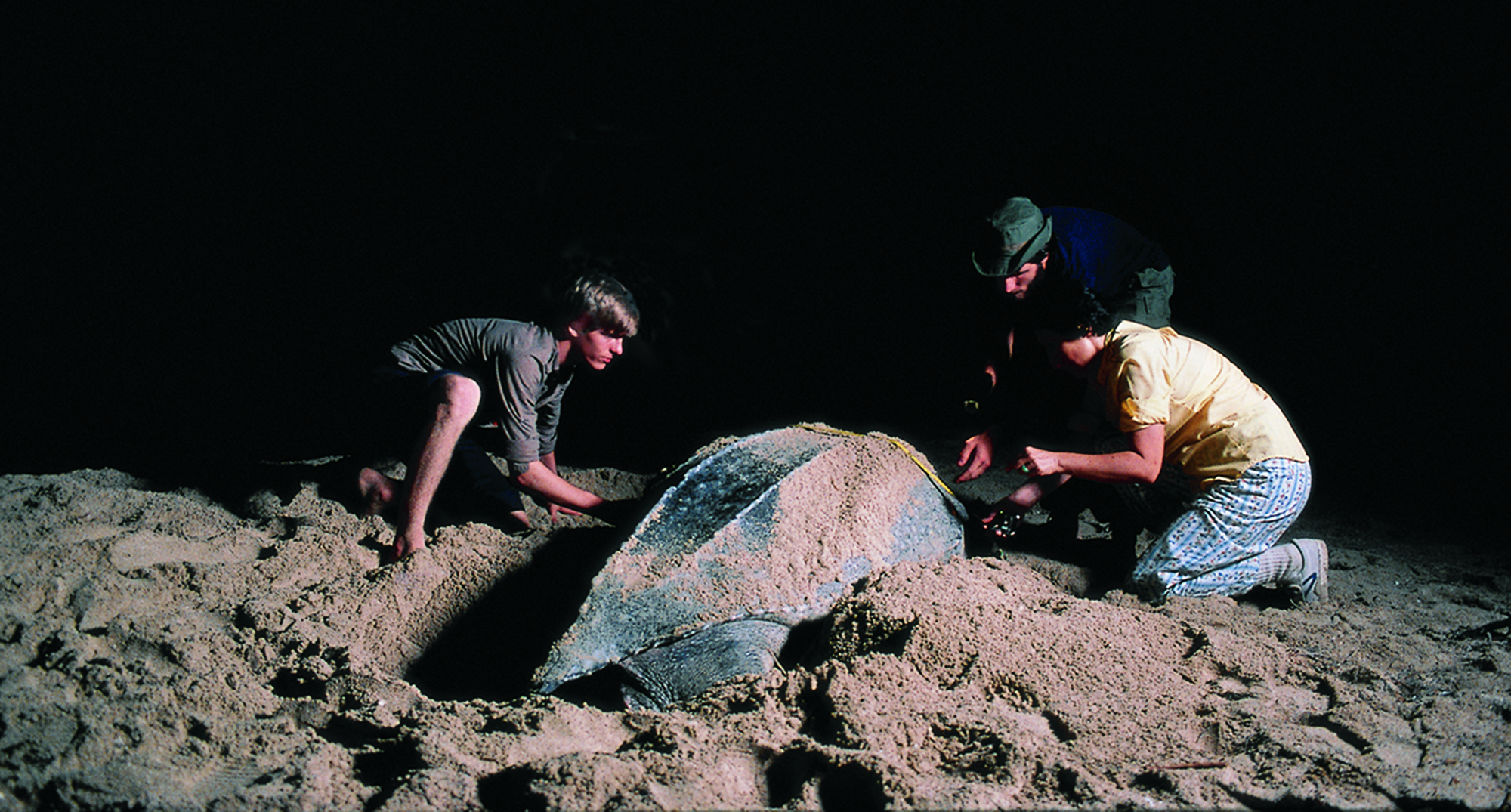 Between 2003 and 2013, Dr. Dennis Sammy led an Earthwatch expedition to study leatherback sea turtles in Trinidad. In 2010 data from this expedition was used to draft the Wider Caribbean Sea Turtle Conservation Network  (WIDECAST) Sea Turtle Recovery Action Plan for Trinidad and Tobago. This plan is the primary management tool for Caribbean countries to oversee their marine resources. Additionally, data from this project was used to amend The Protection of Turtles and Turtle Eggs Regulations of the Fisheries Act to protect sea turtles year-round.

While we’ve come a long way in protecting sea turtles, there’s still lots of work to do to ensure the future of these species. Consider donating to help Earthwatch continue our global work to conserve sea turtles and their habitats!