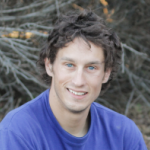 Lecturer in Marine Vertebrate Ecology
Centre for Ecology and Conservation, University of Exeter

Dr. Richard Sherley has been studying African Penguins on Robben Island as a student and co-PI since 2007. His research focuses on the demography, movement ecology, and conservation of marine vertebrates, particularly how they interact with human impacts on the oceans.

What led you to be so engaged with penguin conservation research?

We are putting our oceans under serious pressure. But somehow, perhaps because it is difficult to see the damage, many people still aren’t aware of the problem. Penguins are often described as marine sentinels, because they are relatively easy to study and their population dynamics and behaviour can tell us a lot about the state of the marine environment that they inhabit. So, seabirds-as a group- are beautiful, fascinating and useful -- who wouldn't want to study them!

What is one of your favorite moments in the field?

A few years ago, we used satellite technology to track African Penguin fledglings as they went to sea for the first time. This hadn't been done before with this species. The devices are really expensive and juvenile seabirds tend to have high mortality in the first few weeks of life. So it was something of a calculated risk, but the questions around where these young birds find food in the face of environmental change were so pressing as to make it worth the gamble. At first, we equipped chicks that had been hand-reared and that all went smoothly. The next year, I equipped wild chicks for the first time. Waiting on the shore at Robben Island, watching a young bird make its way out into the world with our expensive kit on board, I had a knot in my stomach -- a combination of worry, anticipation and awe at what these birds have to do to make it back to breed. These data have really helped us understand the pressures these birds face on their initial journey, which make take them as far afield as the Angolan border.

How does citizen science help inform your research?

Seabirds are very long-lived, so understanding how their population biology responds to environmental change requires many years of study. A season's worth of fieldwork may boil down to a single number, representing that year's breeding success or survival rate, but behind the scenes are hundreds of hours of work in the field. Keeping long-term ecological studies going is becoming increasingly difficult just as having long-term datasets on how ecosystems respond to man-made pressures is becoming more important. As a consequence, the contributions made by citizen scientists are becoming vital and without the help of Earthwatch volunteers, we simply wouldn't have the quality or quantity of data that we do on African penguins. 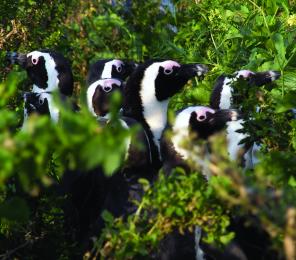