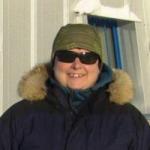 LeeAnn Fishback is an environmental geochemist focusing on freshwater lake and pond water chemistry in Arctic and Subarctic regions. She has been the scientific coordinator at the Churchill Northern Studies Centre for the past 10 years.

What inspired you to study freshwater chemistry in the Arctic?

I grew up on a dairy farm and spent most of my time outside as child. I particularly loved the winter months when I could skate, ski, toboggan, and generally play in the snow. The Arctic always intrigued me as it was winter there even longer, so when I had the chance to do research in the remote north, I was excited to participate. Once I saw the vast expanse of the Arctic, I was hooked on its beauty, solitude, and permanence. I continually find my inspiration to conduct science in the dynamic environment where I live and work each day.

A memorable moment in the field:

Early in my career, I lived and worked on a glacier with two other scientists in the high Arctic islands of Canada for three months. It was an amazing experience and I learned heaps about living in remote places and being self-sufficient for several months at a time. At that point in the Arctic climate record of the last 50 years, the summer air temperatures were the warmest on record. By the end of July, the entire valley glacier surface we were working on was melting and had turned into an ablation zone (an area where the annual loss in snowfall is more than the gain) for perhaps the first time in many years. Experiencing the impact of a changing climate on the Arctic environment made a significant impression. 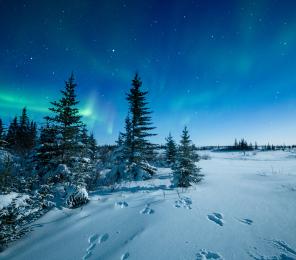