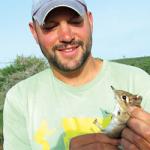 Dr. Jacob Goheen, an animal ecologist working with Earthwatch in Kenya, is passionate about blending theory and practice.

Why This Livestock Management Project?

There is growing recognition that most national parks are too small to maintain viable populations of large wildlife, particularly predators. In most cases, it is no longer realistic to set aside vast wilderness areas that exclude humans and livestock. We need to look for ways in which wildlife conservation is compatible with human economies.

Great Moment in the Field:

Aardvarks are relatively common, but almost impossible to see because they’re nocturnal and spend so much time below ground. We [project scientist Caroline Ng’weno and I] were driving at night in Ol Pejeta, and I saw one that didn't seem perturbed by our vehicle. It was only the second I've ever seen. I like catching mammals that I don't see very often, particularly ones that don't have sharp teeth, so I thought I'd try it. [Note: Earthwatch discourages volunteers from trying this!] I got out of the truck, and the aardvark started down a burrow. They are tough animals—I might have made the thing nervous, but I wasn't going to hurt it. By the time I ran up to it, only its tail was visible. I grabbed the tail at the end and the base, thinking I could dislodge it. But it pulled in the opposite direction and dragged me into the burrow. The top half of my body was below ground before I let go. 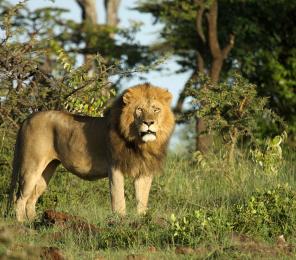 Lions and Their Prey in Kenya's Maasai Mara