Skip to main content
Contribution starting at $2,825
7 days (avg. $404 a day) Includes accommodations, food, and all related research costs
The page URL has been copied. Please share where you like!
View Dates & Join 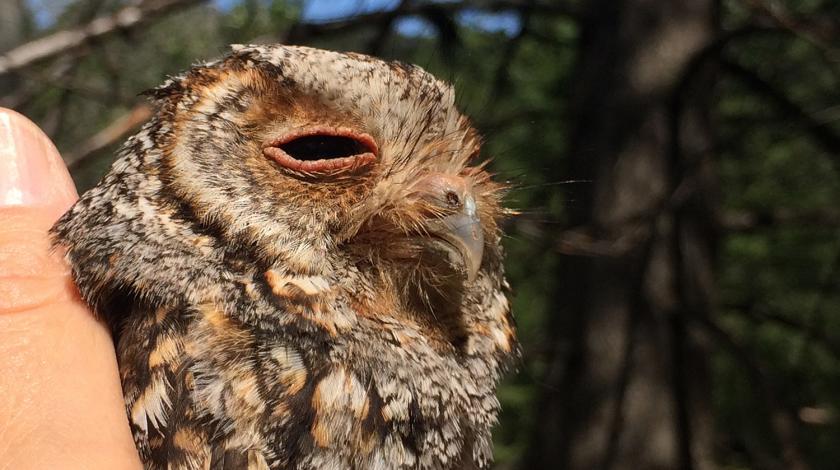 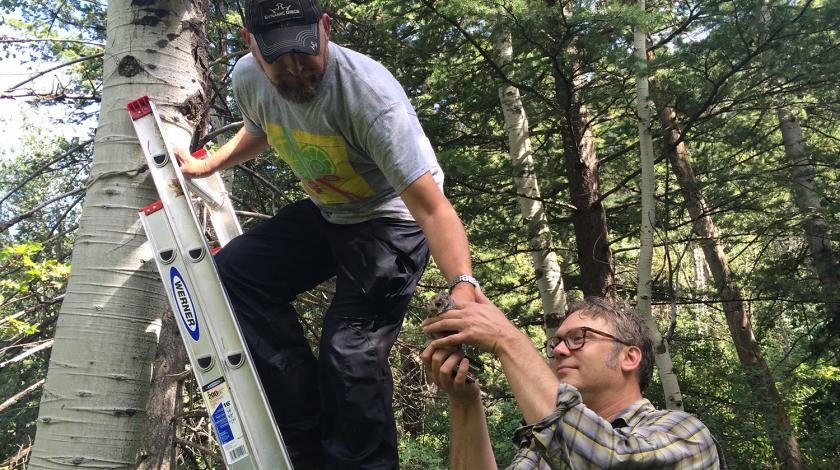 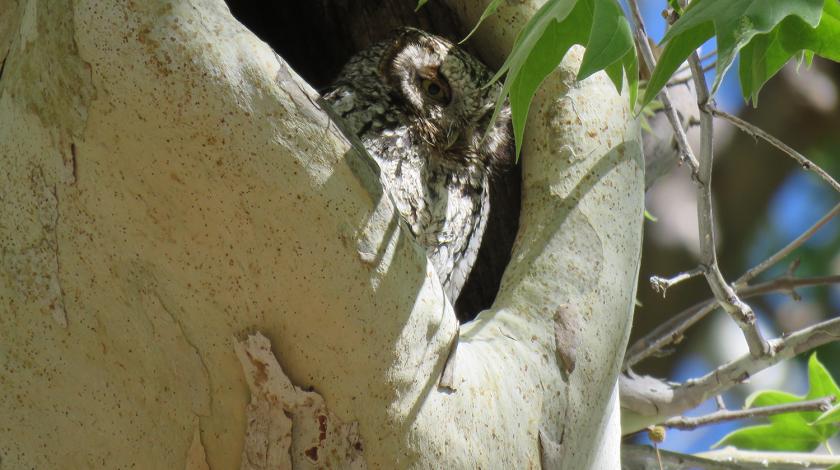 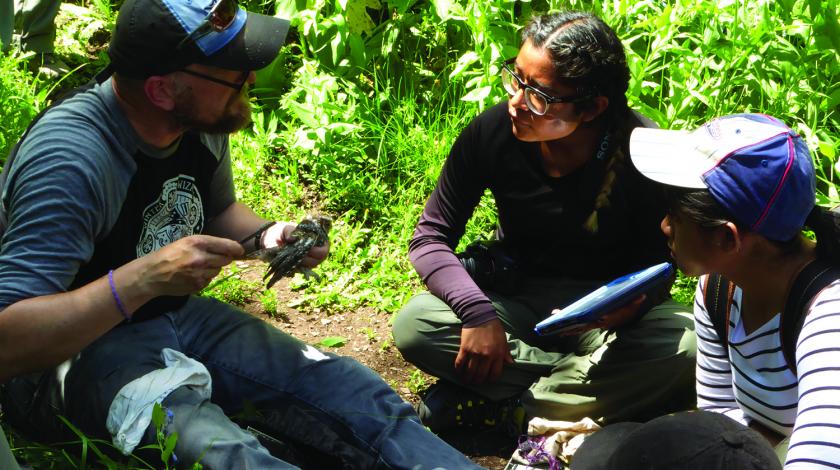 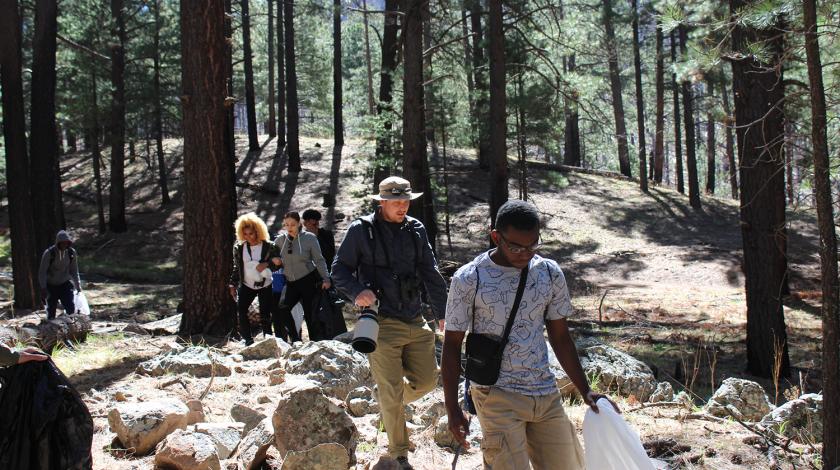 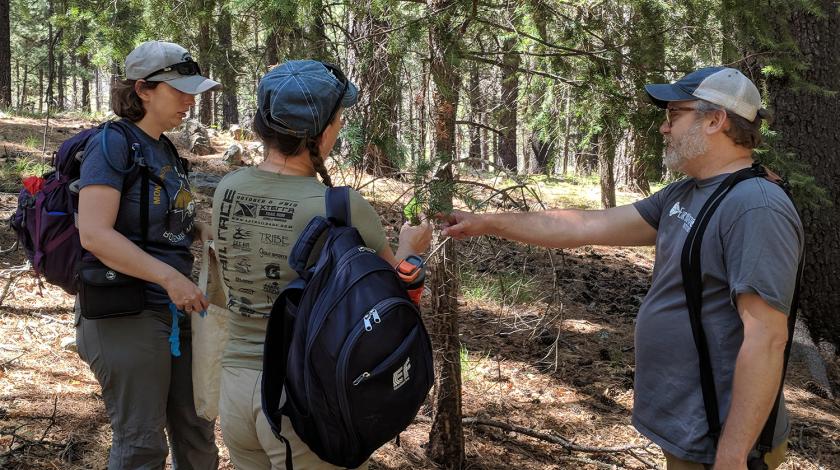 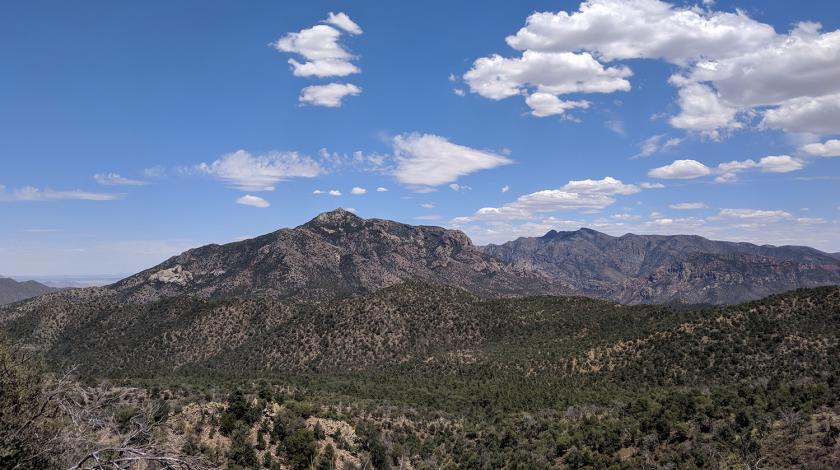 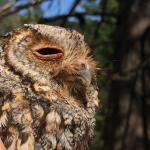 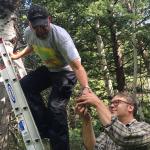 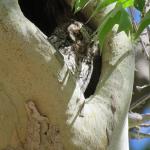 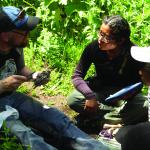 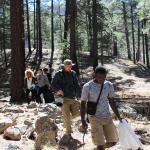 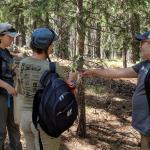 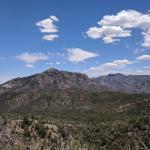 All small forest owls rely on tree cavities for nesting. But what happens when these cavities begin to disappear? 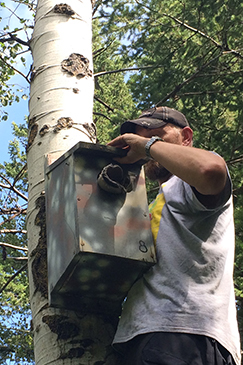 From deep within aspen groves in northern Utah to the riparian canyon and coniferous forests in southeastern Arizona, a suite of small forest owl species—many roughly the size of a human hand—seek out tree cavities, hollow openings such as those carved by woodpeckers, to build their nests. The majority of species are nocturnal, hunting for insects, small mammals, and birds under the cover of darkness, taking moths, beetles, centipedes, lizards, and even the occasional bat on the wing.

But climate change threatens to disrupt the routine of some of these species. Scientists predict that within this century, aspen forests may all but disappear in many areas. Natural tree cavities will disappear too, affecting not only owls, but other species that rely on these cavities for nesting. Climate-related changes may also disturb the owls’ food sources—for example, warmer temperatures could affect the timing of when insects or mice emerge from eggs and burrows, events which many owl’s breeding seasons are carefully linked to.

Join Earthwatch and partner HawkWatch International in one of two locations—in northern Utah or southeastern Arizona—to study owl ecology in several unique habitats, learn about nesting and breeding behaviors, and investigate potential impacts climate change will have on owls and other wildlife. During the day, you’ll measure owl habitat—locating tree cavities and taking GPS and other measurements. At night, you’ll listen for the low-pitched ‘boop’ of the Flammulated Owl, the high-pitched laughing of Elf Owls, or the non-stop ‘reverse signal’ tooting of the Northern Saw-whet owl while you survey for, capture, and band owls that fly above you.

When you arrive, the researchers will teach you the basics of working with small forest owls. You will be well prepared to help them: 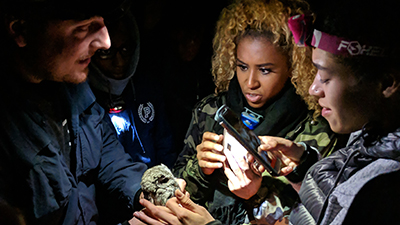 Survey and capture owls at night

Listen for responses to recordings of target species of owls used to assess their presence. You’ll help to set up and take down lightweight mist nets with pockets that catch and hold the owls. When you catch one of these little birds, you’ll help the researchers take its measurements, photograph it, and attach a band before releasing it back into the wild. 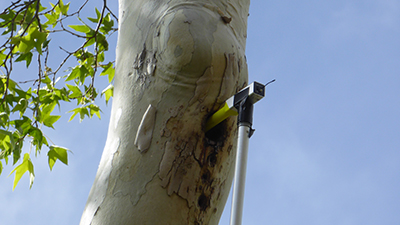 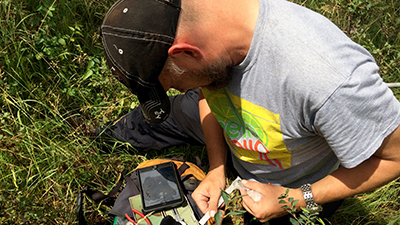 Depending on the season, help researchers to weigh nestlings (young owls) found in the cavities or nest boxes and attach bands.

If you have been on this expedition, others considering attending would love to hear about your experience.
David Steele | May 12, 2022
Following Forest Owls in the Western U.S.
This was my fourth Earthwatch expedition. All have been excellent. Following Forest Owls, however, stands out for the excellent classroom instruction provided by Dr. Oleyar and his team. This instruction was well organized, well presented, and beautifully illustrated. The integration of classroom and practical instruction in the field was outstanding. We were provided an excellent foundation for understanding why we were doing what we were learning to do. The time spent in the field was greatly enhanced by the preparatory instruction. Dave O, Felicia, and Jesse were enthusiastic, always willing to answer questions, clear in their instructions and unfailingly patient. The team of volunteers was also outstanding. Everyone was friendly, helpful, and hard working. They were also very interesting people to learn with and to learn from. The Arizona mountain setting was breathtakingly beautiful.
Earl Ferguson | May 12, 2022
Owls can change your life
The forest owl project is more than about owls. To learn about owls, you have to learn about the environment they live in. In this project you learn about the different owl species, the forest trees they live in, the tree cavities they nest in, how those cavities are created, and more. You learn how to survey the forest trees, to find and document potential owl nesting cavities. But night is the magical time. You go with a team into the forest and listen for owls calling. It’s dark and quiet as you sit silently among the trees straining to hear the ghostly sounds in the distance. You play recorded owl calls to get the attention of owls in the vicinity. If you’re lucky an owl may come to investigate you. Following it by its calls, you may catch a glimpse of a silent shadow flying overhead. Then the adrenaline pumps and game begins. Quickly a large net is assembled and raised into the forest canopy by two of your team. There’s silent tension as another team member pretends to be an owl. Using recorded calls in the dark, they talk back and forth with target, moving around the net to lure the owl to fly through it. Fishing with sound. You hear the owl calls as it flies around you, though never hear its silent flight. It seems to teleport from place to place. Then a bump, and sudden activity—the owl is in the net. Quickly the net is brought down, and the researcher carefully extracts it from net. Tension is relieved to be replaced by happy excitement as now data can be recorded. After banding, measuring, and recording, a few may get a rare privilege to hold the owl for a brief moment before it is carefully placed on someone’s hand, and it flies back into its dark home. A feeling of quiet satisfaction as one more data point has been added for science, and an unforgettable experience has been added to your life. The forest owl project is important for the planet, and it will change the way you see the forest. But also, to look into the eyes of these elusive, mostly invisible avians, connects you in some fundamental way to the natural world that we have increasingly become isolated from. It’s a good feeling.
Nancy Hensel | May 12, 2022
Fantastic project learning about western owls
The Western Owls Expedition in Arizona was a great project. I loved being out at night and capturing the owls for banding. Holding the small, fluffy, and cuddly owl was an awesome experience. The researchers—David, Jesse, and Felicia—were great—patient in answering questions from a novice birder and showing us how to identify trees and possible cavities for owl nests, how to estimate canopy cover, use a spherical densiometer, estimate tree density using a key-hole prism, conducting nocturnal owl surveys, and using mist nets and audio lures to capture owls. The lectures interspersed with field work were interesting and informative. The accommodations were comfortable, and the meals prepared by Vickie and Ed were fantastic.  I think our team also felt that we were making a meaningful contribution to the research project. All in all, it was a thoroughly enjoyable expedition. 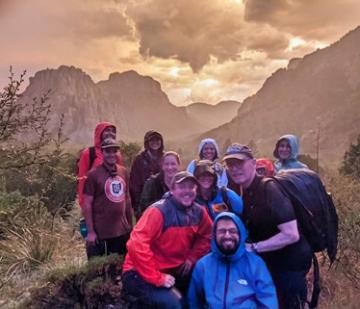 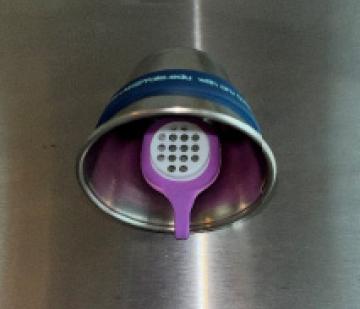