Turning the Tide for Penguins in Peril

As Alix and the team wrap up field work this week for the South African Penguins expedition, she reflects on the ongoing challenges facing these birds, and the invaluable research contributions that help to protect them. 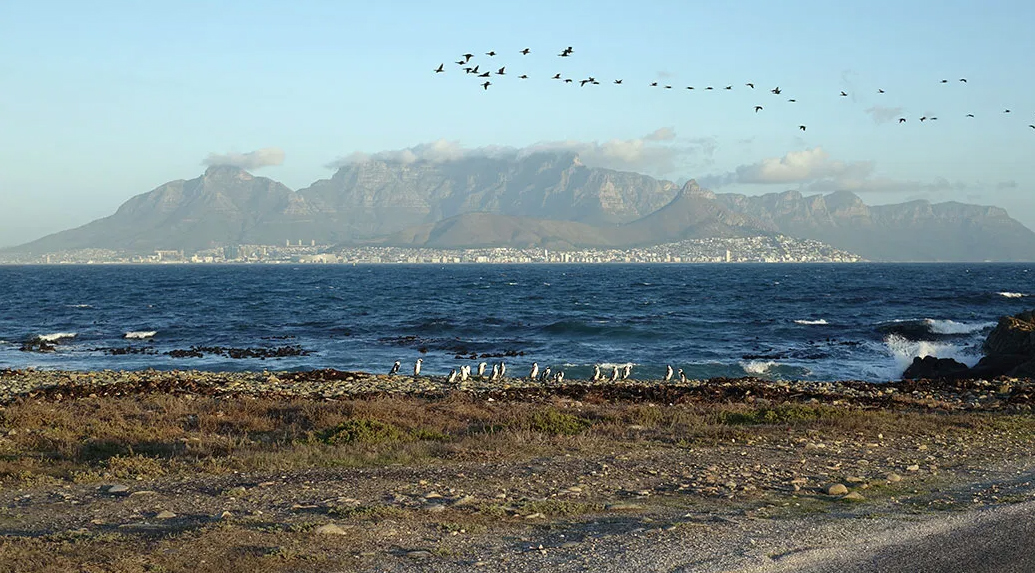 In just two weeks living and working on this beautiful island, we’ve managed to collect a considerable amount of data to add to nearly 15 years of continuous Earthwatch research. But as we wrap up fieldwork, I’m overwhelmed by the thought of how much more there is to do to protect the population of African penguins. This species has experienced significant challenges over the years, largely as a result of human influence. Here are just a few stories that highlight the plight of the penguins.

On June 23, 2000, a ship transporting iron ore from China to Brazil developed a hole in its hull just off the coast of South Africa. The alarm sounded—MV Treasure was going down. South African authorities knew they had limited time and so quickly ordered the Treasure, which was carrying 1,300 tons of fuel oil, to be moved further offshore to reduce the risk of environmental damage. But after two hours in rough seas, the tow rope broke loose and the ship drifted towards the east—just six miles offshore of Cape Town—and sank, releasing thousands of gallons of oil into the sea. The 29 crew members aboard the ship were airlifted to safety.

The oil slick extended from Robben to Dassen Islands—off the southwest coast of Cape Town—threatening 40 percent of the world’s African penguin populations. 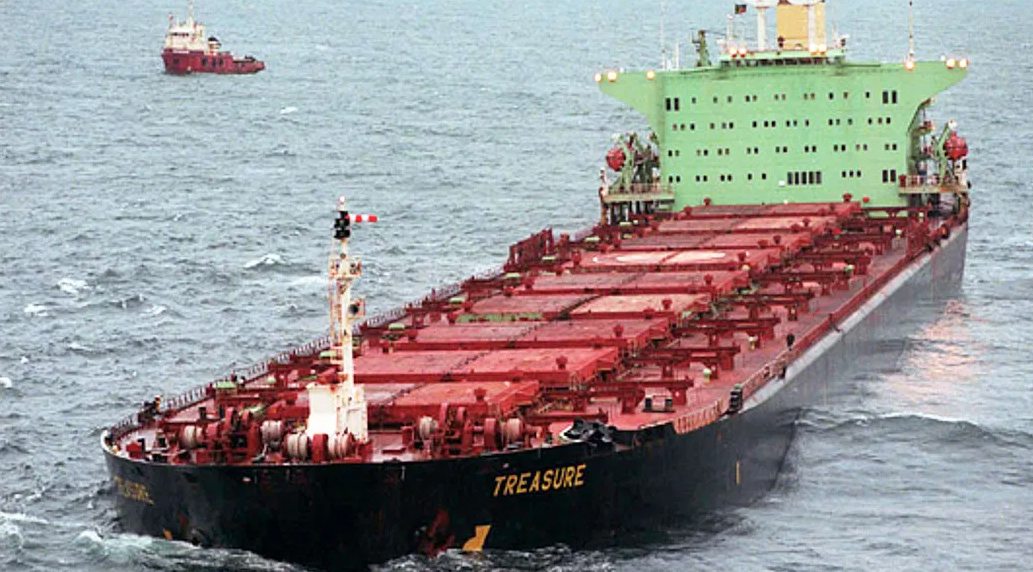 The Treasure spilled more than a thousand tons of oil into critical foraging grounds for penguins and other seabirds.

Oil breaks through penguins’ waterproof feathers, which protect them from frigid sea temperatures. When this happens, the birds are forced out of the water and unable to feed themselves or their chicks. The devastating result: starvation. Environmentalists from around the world supported South African efforts to de-oil more than 20,000 birds. A remarkable 90 percent of the birds were released back into the wild after being treated. Some of these birds, however, were unable to breed due to the effects of the oil.

In 2001, a year after the oil spill, Earthwatch began the South African Penguins expedition to monitor the health and population of African penguins on Robben Island. For nearly 15 years, researchers and volunteers have collected data on the breeding success rates of the penguins, the growth rate and overall conditions of penguin chicks, survival rates of the birds, and other key data that help to determine the best ways to protect the population. 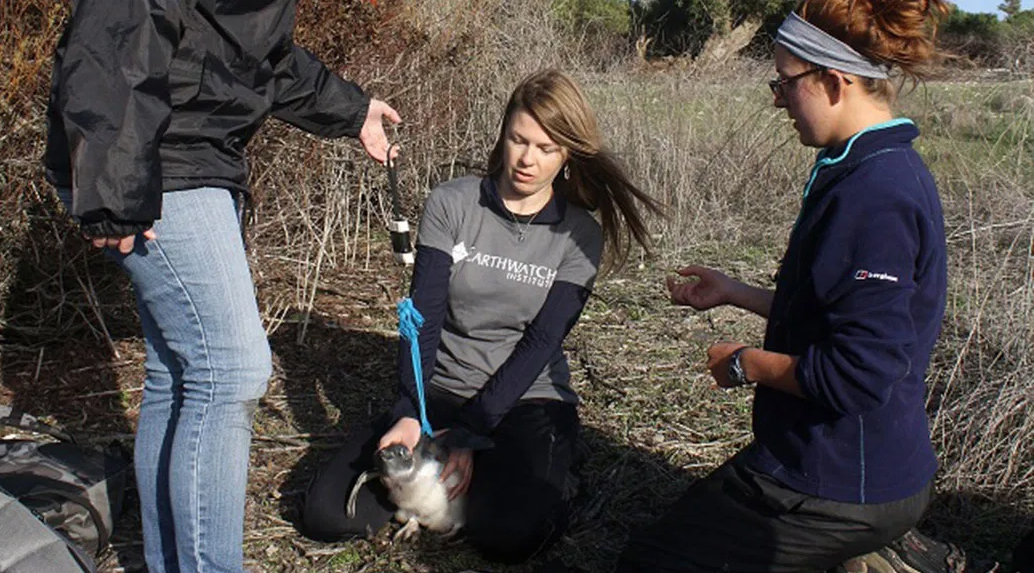 Fish on the Move

In 2007, Robben Island was home to the second largest colony of African penguins in the world, with more than 6,000 breeding pairs. The population seemed to be improving. But the tides were quite literally turning. Changes in ocean currents, which some biologists attribute to the effects of climate change, have shifted fish populations (sardines and anchovies) to the southeast of the nesting colonies. No one fully understands why the fish have moved, but the population of penguins has plummeted to below 2,000 breeding pairs on the island. The birds must now compete with local fishermen over a rapidly diminishing food supply. And because of their attachment to their nesting colonies—relocating the penguins to be closer to the fish would require a massive effort, which may or may not actually work. 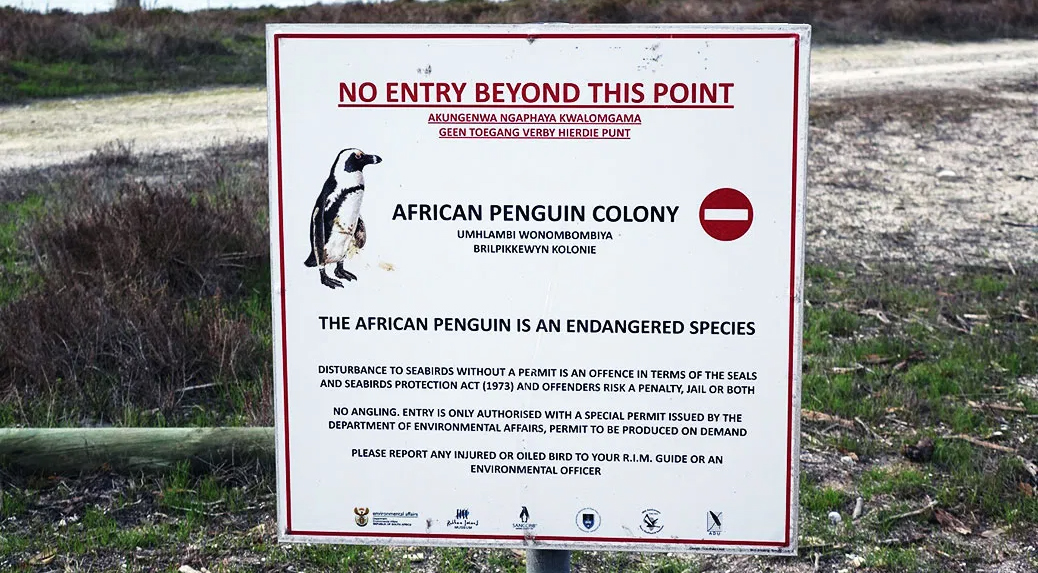 The data collected by Earthwatch teams can feel small in the face of the massive challenges this species faces. But it has been important for us to remember how critical these datasets are. If we want to save these birds, if we want to bring them back from the edge of extinction, we need data to do it. We need to understand how they’re breeding, where they’re hunting for food, whether chicks are surviving, and if methods to help protect these birds—from setting up nest boxes to hand rearing malnourished chicks to potentially relocating entire breeding colonies—were, are, or will be, effective. The research is critical—it’s the only thing that can help to prevent the further decline of this species—and it takes time. 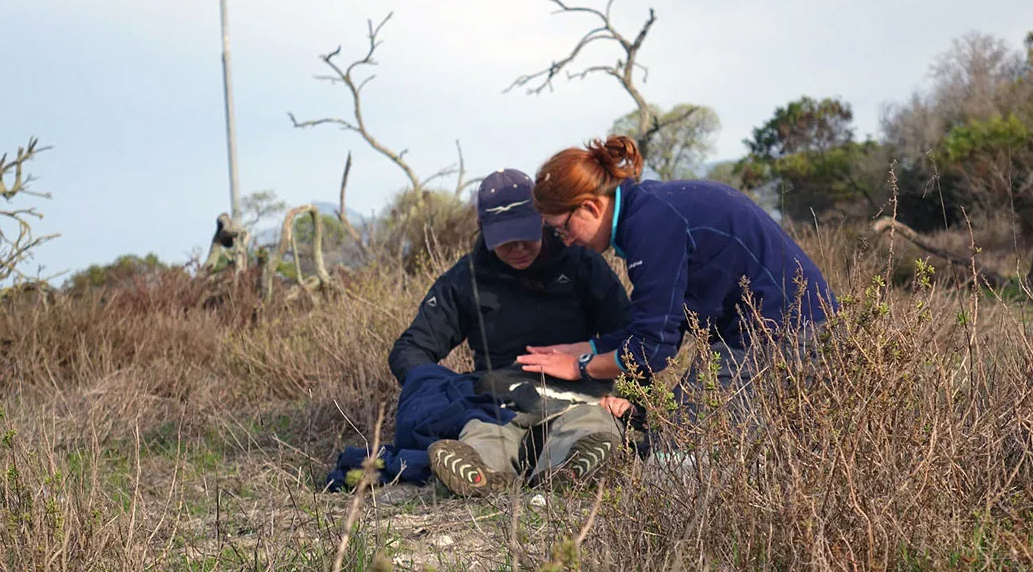 (Left to right) Community fellow Megan Lategan and Jenny attach a tracking device to a penguin to record its foraging behavior.

The Power of the Earthwatch Experience

This was my first Earthwatch expedition and I have a small confession. Over the past nine months or so, I’ve had the pleasure of interviewing many people who have considered their Earthwatch experiences to be life altering—to have fundamentally changed them in some way. These stories are part of what inspired me to work for the organization. But I admit I’ve always been surprised that a one-to-two-week experience can have such a dramatic effect on a person. I’m not sure I fully understood it until I experienced it for myself. The people I’ve met on this trip—Jenny, Amour, Megan, and Laurie—are some of the most interesting and inspiring people I’ve worked with. Their support, combined with a collective understanding of the importance of our contributions, showed me what it truly means to be an Earthwatch volunteer. 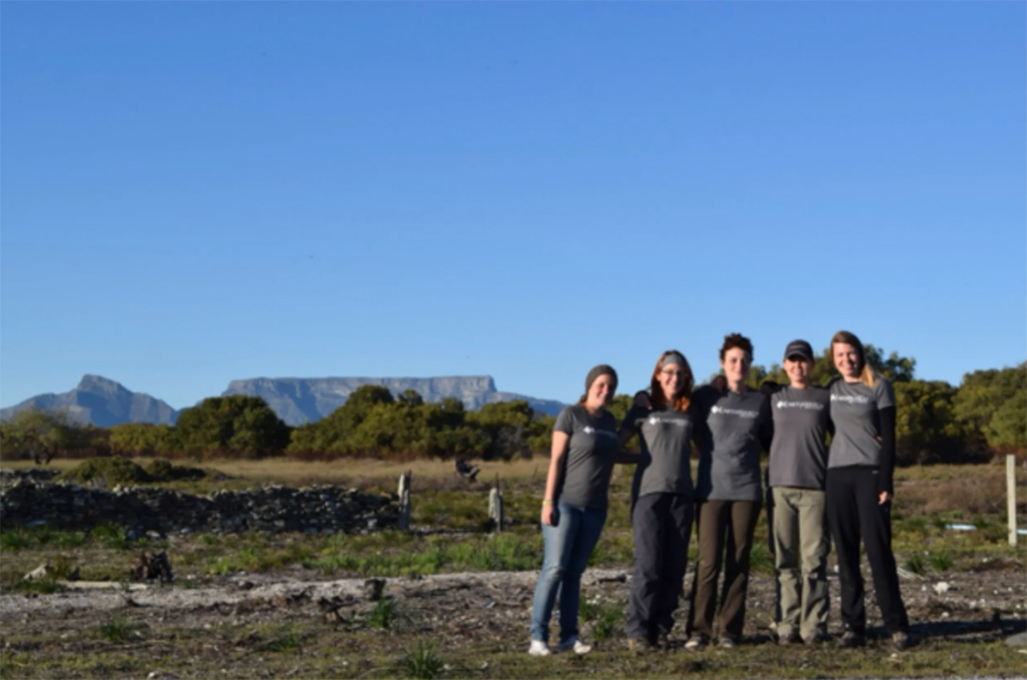 Stay tuned next week to read about Alix’s visit to South Africa’s Walker Bay to meet with Katie Gledhill and her team on the Discovering Sharks in South Africa expedition.