Lloyd Figgins—Earthwatch’s Global Safety Manager—recently returned from the Ol Pejeta Conservancy in Kenya, where he joined the Exploring Lions and Their Prey in Kenya expedition to study the complex balance between species in the African savanna.

There are times when I wonder how on earth I managed to get myself into certain situations and this was one of them. We had set off before sunrise in our vehicle, equipped with radio and GPS tracking devices. Our target was a pride of lions, which we knew were in the vicinity. Two of the females had been collared previously, one with a VHF radio transmitter, the other with a GPS unit. In theory it wasn’t going to be a complicated task to locate them. All we needed to do was pick up the signal and then follow the “beeps” until they got stronger and more frequent.

That was the easy bit. Within an hour, we had located the area the pride was in and as we drove through the dense African bush the receivers were going mad. My driver, Phillip, stopped the vehicle, turned to me and simply said, “they are here.” We both looked intently at the bushes surrounding us, yet could only see vegetation. “Are you sure?” I whispered. Phillip just nodded. 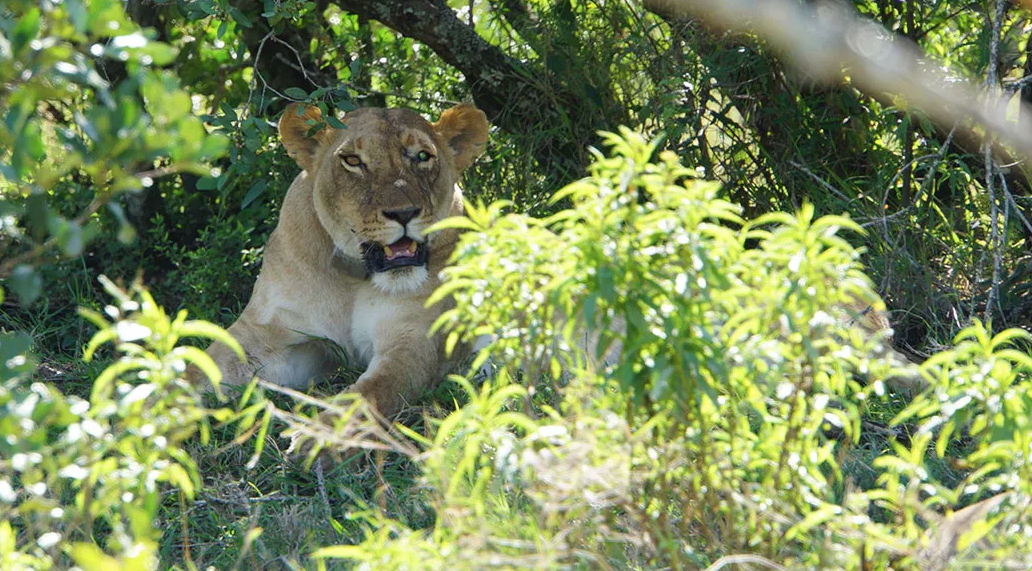 We waited for any movement, but there was none. The receiving equipment was showing a 360° signal, indicating that we were in fact surrounded by lions, but I couldn’t see a single one. Then Phillip announced with typical Kenyan calm, “I can see them.” I looked again, but couldn’t see a thing. Phillip pointed to a bush and gave me specific directions on where to look and then I saw a pair of eyes glaring straight at me. It was a large lioness and she was less than 20 feet (6 metres) away from me. How had I not seen her before?

Now that I had my eyes adjusted to what I was looking for, I saw more and more lions. We were quite literally surrounded by them and some were as little as 5 feet (1.5 metres) from our vehicle. Well, at least the direction finding equipment worked. 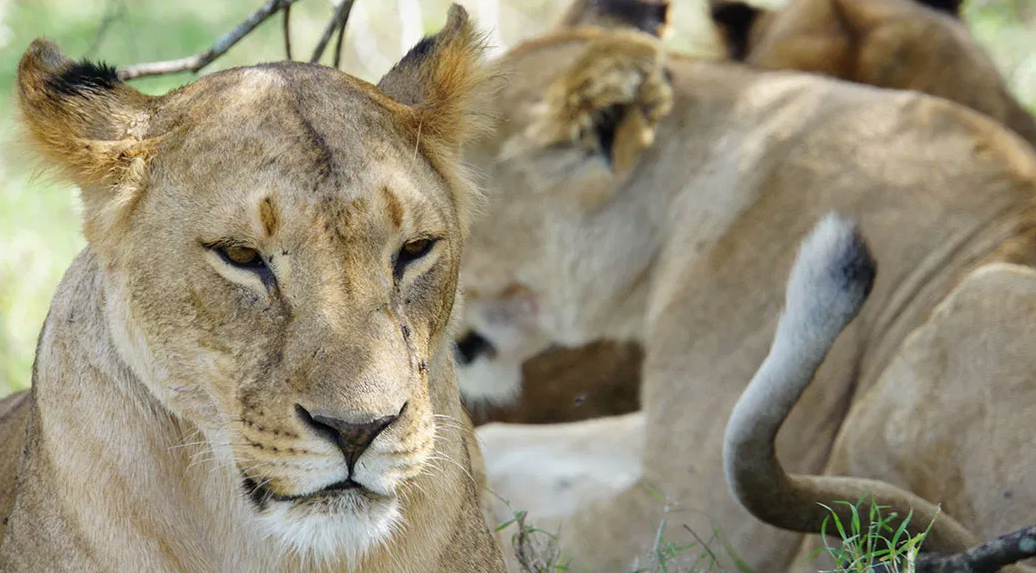 What was remarkable was how they had remained so still and camouflaged as we crashed through the bush, but the silence now was deafening with the engine off as we stared at one another. It was the cubs who broke the standoff. Their natural curiosity and lack of fear drew them towards these intruders and they left their positions to investigate further under the watchful eye of their mothers. Any movements we made, such as raising a camera, were greeted with a warning growl from the adults. It was a subtle, but effective way of letting us know that we were in their territory and there were rules to us being there.

The cubs for their part grew more confident and started playing right below our position. It was an incredible interaction, but we never lost sight of the fact that we ourselves were being monitored on all sides. In total there were 16 lions in the pride (that we could see) and there was a serious scientific reason for us being there.

The location of the research was deep within the Ol Pejeta Conservancy, which is a 4 to 5 hour drive from Nairobi and the reason I was there was to assess the risks and to pave the way for a new Earthwatch expedition exploring lions and their prey in Kenya. I have travelled to Africa many times over the years and Ol Pejeta remains one of my favourite places on the continent. Far from the crowds of Masai Mara, Samburu and Amboseli, Ol Pejeta is a place not only where genuine conservation work takes place, but where you can also see the big five. 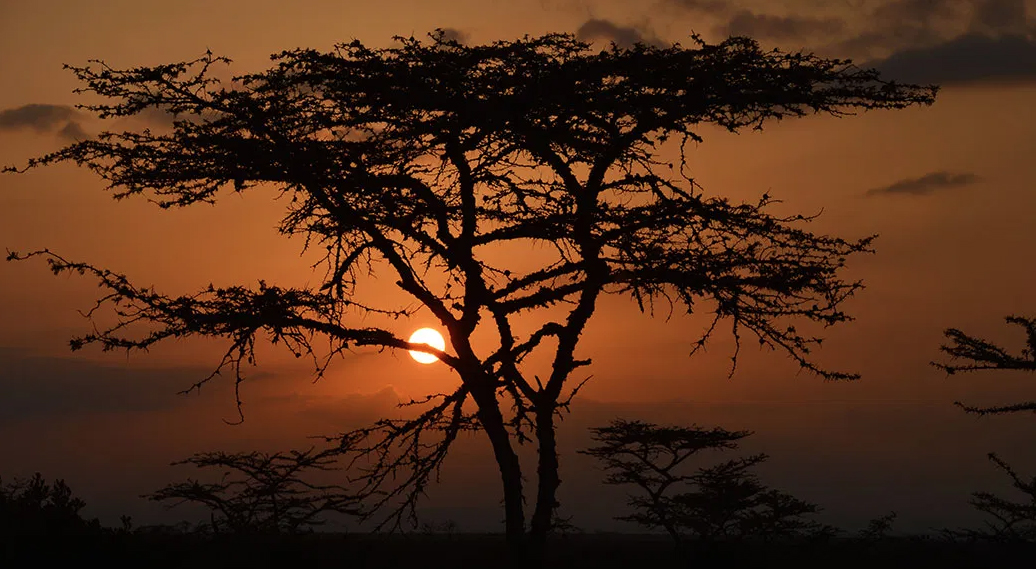 The Earthwatch project is looking at how lions have started to return to the Kenyan savanna after decades of human persecution. But they could become victims of their own success: their return seems linked to declines in rare large herbivores, including many iconic antelope species that tourists in Kenya want to see. So landowners who depend on tourism are considering lethal methods to manage predators once again.

Lions most commonly eat zebras, which have a robust population in the area. And zebras seem to prefer areas where cattle have grazed. By carefully managing the relationships between these species, Earthwatch Scientists led by Dr Jake Goheen and Martin Mulama think it’s possible to influence where the lions seek their meals. 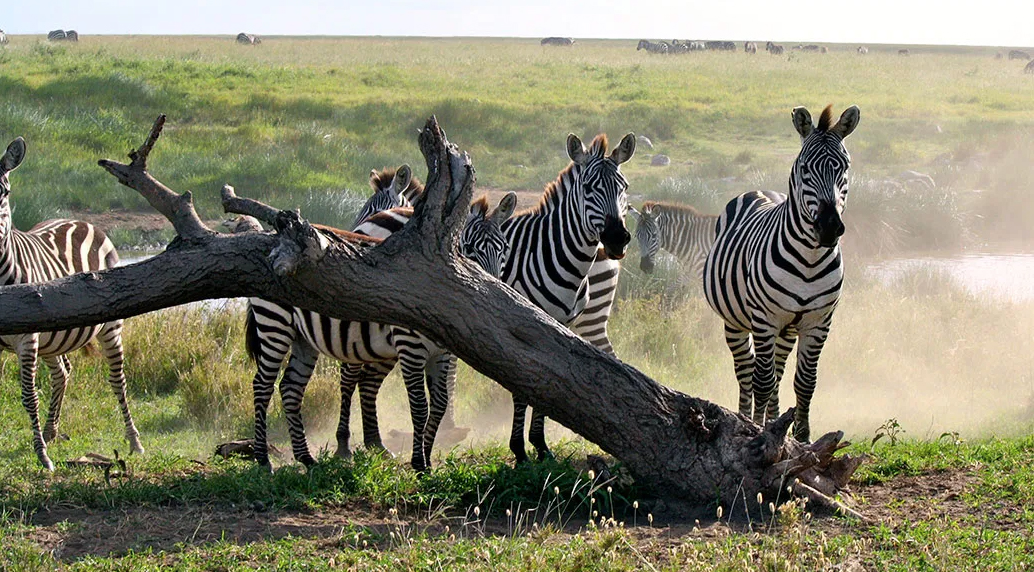 Being part of this work and seeing it in action was a fascinating insight into the complexities of maintaining a balance between the different species within the conservancy. What was clear was the importance of this work being completed. But Jake and his team can’t do it alone, they need help from the people participating on the Earthwatch expeditions to help carry out the research tasks, such as tracking herbivores, camera trapping leopards and hyenas, as well as tracking the lions, which is how I found myself surrounded by this pride.

What is clear is that with the right scientific approach, predators and their prey can co-exist without the need for human intervention to reduce the number of lions.

No one said it would be simple, but then the most worthwhile things in life rarely are.

Once we had collected all the data we needed from the lions, it was time to move on and leave them in peace to enjoy their rest (lions rest for 20 hours a day). We had invaded their territory in the name of science and they had tolerated us, but as I looked at the young cubs, I couldn’t help but wonder what the future has in store for them. What is certain is that the work being done by the Ol Pejeta Conservancy and Earthwatch is improving the understanding of these remarkable animals and how their habitat can be better managed for future generations of both lions and their prey.

The killing of Cecil the Lion in Zimbabwe has highlighted the trade in commercial hunting and those who claim it is necessary to conserve the species. However, my experience in Kenya has shown that there’s another way and surely it’s time to focus on methods of non-lethal conservation.

Reposted with permission from www.lloydfiggins.com