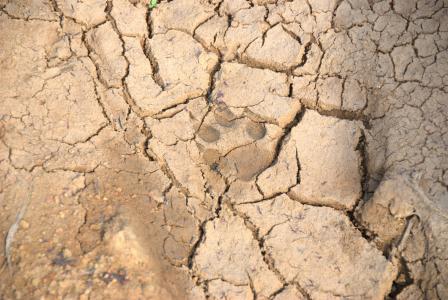 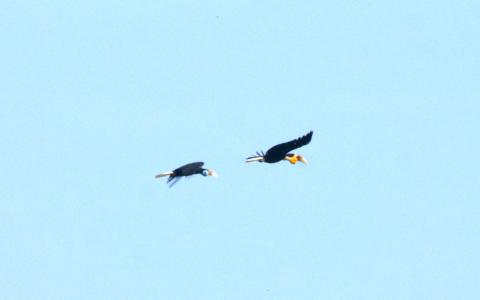 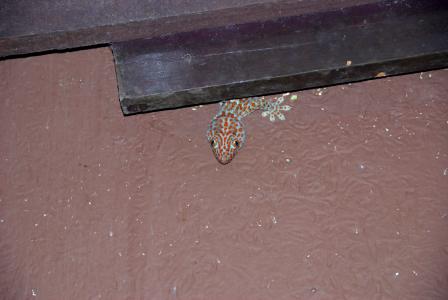 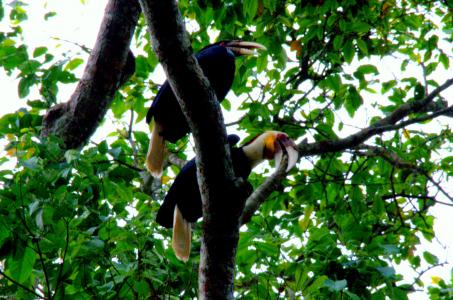 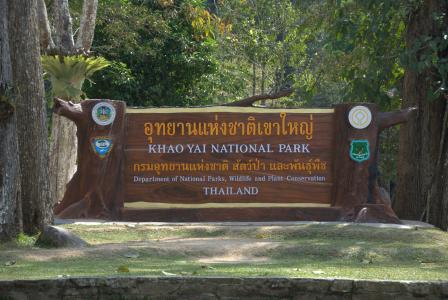 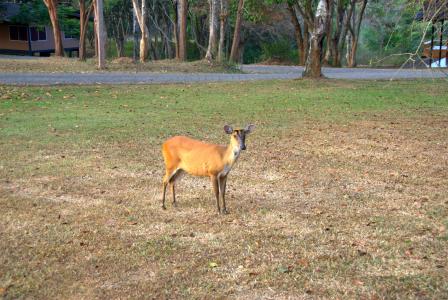 Dholes are persecuted in part because of their hunting techniques. They don’t have the luxury of a 400-pound tiger, who can kill a large deer like a sambar with a relatively quick bite to the neck. Dholes often drive their prey into the water and kill it by eating it alive. “It’s because dholes are smaller than their prey,” she explains; but “it’s gruesome to see.”

(But who are we humans to criticize, when only recently a prince among our kind ordered a journalist be dismembered in his palace to silence his words? The prince didn’t even eat him.)

Even pet dogs have been known to run loose in packs through woods and kill deer alive as dholes do. And we humans love our dogs. Nucharin has three: one of them, Buddy the beagle, was one of the world’s first test tube puppies, one of seven produced by one of her students. A year later she adopted a hound-mix rescue, Aimee; and most recently an elderly golden retriever rescue, Sam, joined the family.

Roger and Parker, Alix, and I all live with dogs as well. But in our new home, too, we find animals calmly surrounding us. No sooner had I unpacked a photo of my border collie to adorn Alix’s and my room than Parker reported that a barking deer was staring at her through the window. Our first night, three giant Malayan porcupines approached within yards of the front door of the adjacent guest house. On our way back from seeing them, we discovered two more on our own lawn. Earlier research teams have had to wrest their rice cooker from the paws of one such porcupine, and another time a sambar deer munched a watermelon the team had been coveting all day. We’re warned to keep our windows locked during the day lest macaques steal our valuables.

And here lies the reason that the dholes here may be easier to study than elsewhere. They live at the confluence of the human and animal worlds. Their prey finds safety from poachers and persecution near the guesthouses. Dholes have been seen hunting near the park’s gift shop and cafeteria. They are spotted often enough that Nucharin heard a rumor going around that Khao Yai supported 2,000 dholes! She thinks there are actually fewer than 100.

But how many they are—what they eat, where they travel, how they socialize—is still unknown. Nucharin and Ronglarp, with the help of lay people like us, may be the first to find out.

Last year, here at Khao Yai, her team saw dholes frequently. “That year was unusual,” she said. “Let’s hope we repeat that experience!”

We might get a chance to watch some of the most critically endangered canids on earth. Or we might not see dholes at all. Only one thing’s for certain: Here in a land where lizards yell, deer bark, and dogs whistle, anything might happen.

Learn more about Sy's trip in her next blog post, "Leech Socks, Lizards, and Bottles of Blood"