Nationwide, teens are demanding for their voices to be heard. In Florida, an emboldened group of students are working tirelessly to write op-ed pieces, hold interviews with the media, and organize rallies and demonstrations, all in an effort to gain support for common-sense gun laws.  In Kansas, there are six teenagers running gubernatorial races in an effort to help shape the policies that will impact the economy and environment that they will inherit. In July, thousands of teens are expected to march on Washington D.C. for the Zero Hour Youth March with the goal of “holding adults and elected officials accountable for their legacy of destruction and inaction when it comes to climate change.”

Even amidst this incredible uprising of teen voices, there are still adults who doubt the power of teenagers, who view teenagers as “too young” or “too inexperienced” to really make a change.

That’s not the case here at Earthwatch. We’re well aware of exactly how much teenagers are capable of when given the opportunity.

Below are four examples of such teens whose perspectives of the world were permanently altered after fielding on an Earthwatch Teen Expedition.

Judith joined her first Earthwatch expedition as a teenager with a love for science and left with a new sense of direction to take in life, even if she did not know it at the time. By experiencing real field science, and knowing that the research she was conducting was a part of a larger effort to protect these songbirds, Judith was given the opportunity to take a step back and appreciate the beauty in nature. She credits the experience as “giving her the opportunity to fall in love with the earth.”

Although I didn’t completely know it when I was 15, Earthwatch would influence the path I would take in my studies, career, and life.

Now pursuing a degree from Stanford University in Earth Systems, Judith hopes to study the impact humans have on the environment and promote the importance of science education.

2. A step outside the comfort zone and into a career path

In 2006, when Moria Robinson joined Earthwatch in Arizona to study the relationship between caterpillars and climate change, she had no idea how the experience would shape her life. For Moria – who has a love of science, nature, and bugs – this Earthwatch expedition was a trifecta. She spent two weeks in Arizona helping Earthwatch scientists collect data on the impact of these insects on their environment.

Now, 10 years later, Moria is a supporting a caterpillar research lab at University of California, Davis, where she’s pursuing a secondary degree in biology, in large part due to her experience in the field as a high school student. 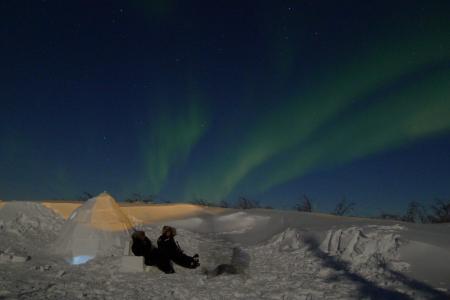 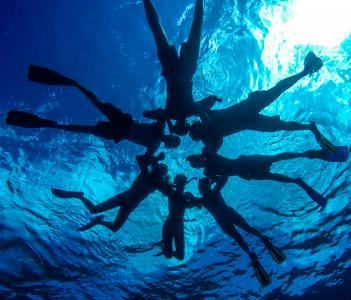 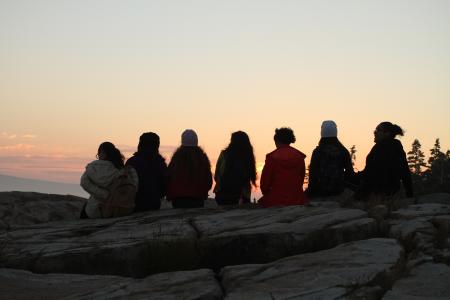 3. A test of courage, a lifetime of resolve

Few can say that they knew what they wanted to do with their lives at the age of 17. For Taormina Lepore, it wasn’t a question of what she wanted to do but how she’d be able to get there. Before joining her first Earthwatch Expedition as a teenager, Taormina had dreams of pursuing a career as a scientist and an educator. Being actively involved in the field of science seemed like a nice idea to her, but without a clear path to follow, that idea seemed unattainable.

That’s until Taormina packed her bags and boarded a flight to Jackson Hole, Wyoming as an Earthwatch fellow. Little did she know that along with uncovering ancient fossils, she’d also uncover the path to pursue her dream career that she’d been in search of. Taormina credits her two weeks fielding with Earthwatch as the reason she was able to build a career that allowed her to travel around the country as a museum director, as a research paleontologist, and as a high school science educator.

I think about Earthwatch when I remind my students that they can do these same kinds of things. Scientific fieldwork is within their reach.

4. A taste for field work, a deeper understanding of conservation

When Taylor Rhoades was 16 years old, she had it all figured out. She was going to study veterinary medicine, work with animals in the field, then retire working for a zoo; simple as that. In her mind, the best path to conserving the environment was through protecting animal life. Her parents, however, while supportive of her dreams, urged her to get a more well-rounded picture of what conservation really looks like. That’s where Earthwatch entered the picture.

Joining an Earthwatch expedition gave Taylor the chance to live her dream, even if just for a few weeks.

Once she entered college at Texas A&M University, Taylor was able to draw the connection between her work in the field studying animal life and the role that humans play in conservation. She is now working to educate the public to take action to save all types of animals.

Earthwatch was the only organization that I found that would allow someone my age to actually go out and do hands-on work in the field, working directly with wildlife and conservationists.

If you’re interested in learning more about Earthwatch’s Teen Expeditions and student groups, please contact Earthwatch at info@earthwatch.org or by calling 1-800-776-0188.