In Defense of Climate Science

By Dr. Steve Mamet, lead scientist on the expedition Climate Change in the Mackenzie Mountains

On the Earthwatch project Climate Change in the Mackenzie Mountains, Dr. Steve Mamet has been monitoring the effects of climate change in the Arctic where ecological responses are expected to be greatest. Steve and his predecessors have been collecting data in the area since 1990. After nearly 30 years of conducting research in the area, recent funding cuts mean the project is now at risk. Steve explains why each year of monitoring is crucial and why Earthwatch volunteers are so important to this effort. Find out how you can help to support this project by contacting us at communications@earthwatch.org. 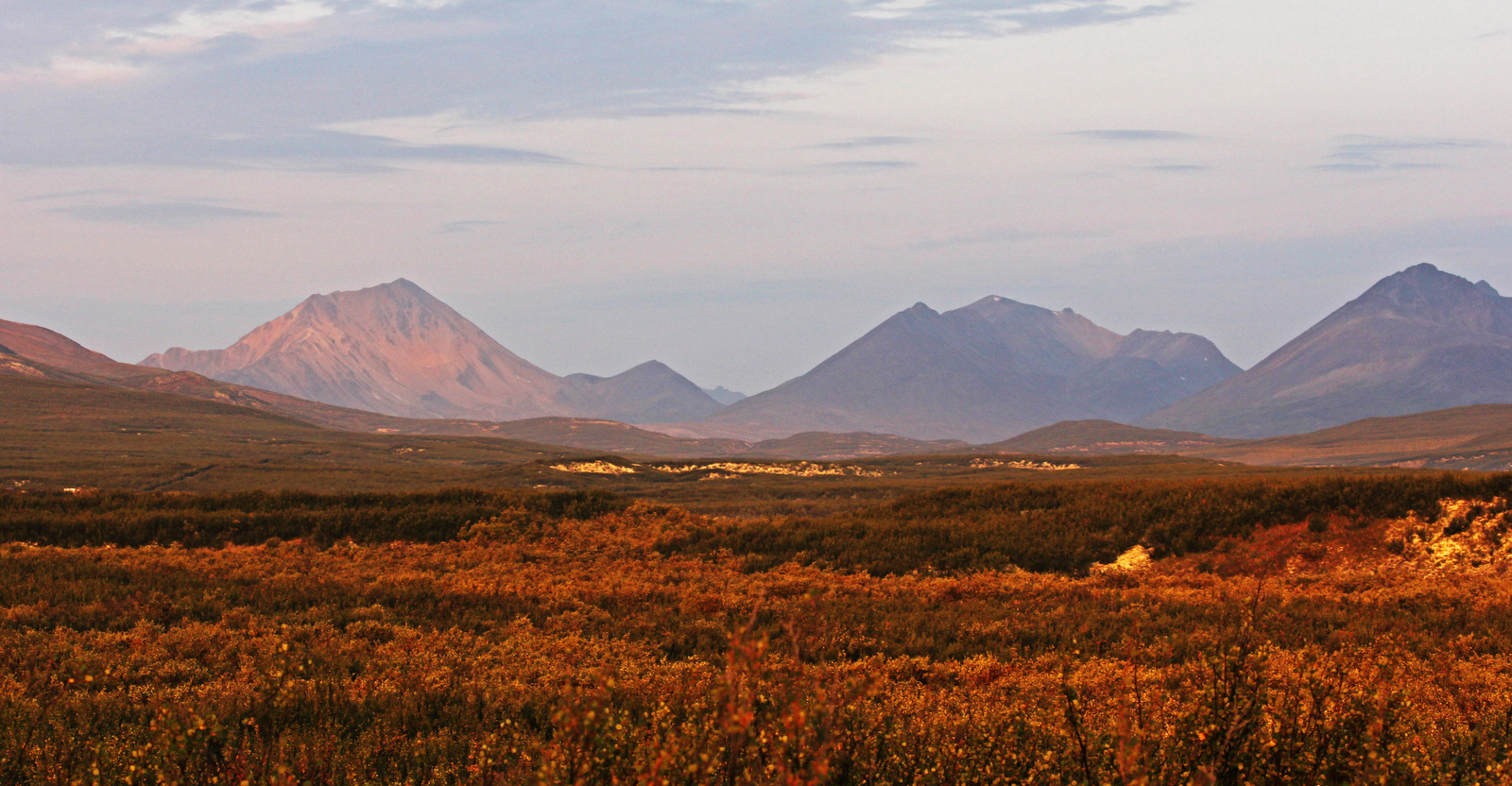 Earthwatch: You are in your eleventh year of studying in the Mackenzie Mountains, but research and monitoring have been occurring since the early 1970s. What is the value in having this long-term data?

Steve Mamet: One of the most important reasons in my mind is that climate is something that changes over a number of decades. And because of that, we couldn’t go up there just one year and measure thaw depth and be able to say much about how permafrost, for example, is changing. You need to have a longer record to be able to tease out some of these changes that are ongoing. Without long-term environmental monitoring, you’re not going to be able to record some of the changes that are ongoing. Not only that, you wouldn’t have the high-quality data to inform your modeling to make accurate predictions for the future.

EW: What is the significance of the loss of one year of data?

SM: We’ve seen that some of these changes – these really dramatic changes that we have seen in the last five years – can occur over a year or two. So it’s almost like you’ve got your camera set up and you’re waiting for that shot where the bear emerges from its den from hibernation and you decide to go grab a coffee and you come back and you realize you’ve missed it. So even though you’ve put in all that time and maybe gotten some good shots in the meantime, you didn’t really get the money shot.

EW: Right. So was that coffee worth it in the end? Was it even a good cup of coffee?

SM: It was probably terrible.

EW: Set the scene for us in this remote region in the Mackenzie Mountains. What is it like working in this region of the Arctic?

SM: So I guess I have to put myself back in my younger shoes from when I first went up back in 2006 and I’m seeing this area for the first time. So first, you follow this old World War II road, which is in terrible condition – huge holes and rivers have washed away bridges and that sort of thing. But it’s almost like a step back in time. There’s not a lot of trees around, and you can see old oil barrels from the 1940s just left where they fell basically 70 years ago. In other places, you can see these old trucks that broke down, and then they got pilfered for parts to fix another truck, and then that truck broke down and got pilfered, so there are these old World War II-era vehicles scattered around the area. It’s an interesting juxtaposition between this very unspoiled, untouched, beautiful area – where you can see glaciers on some mountains – to these scattered disturbances from the 1940s when they were trying to get oil from Western Canada to the coast in Alaska.

EW:  Do you often see wildlife there as well?

SM: I don’t think I’ve ever gone up and not seen wildlife. There’s a fair number of caribou up there. Though we don’t see as many as we did even 10 years ago, I think partially because of climate change, but also the added pressure of hunting. But that gloomy part aside, I’ve seen black bears up there, grizzly bears. You see a lot of ptarmigan. There’s great fishing. You’ve got a number of different trout species you can catch. There are Gyrfalcons; I’ve seen eagles up there; I’ve seen a number of wolves. With the Earthwatchers, we’re up there for 10 days – you’re definitely going to see some wildlife and probably some stuff you might not have seen before. 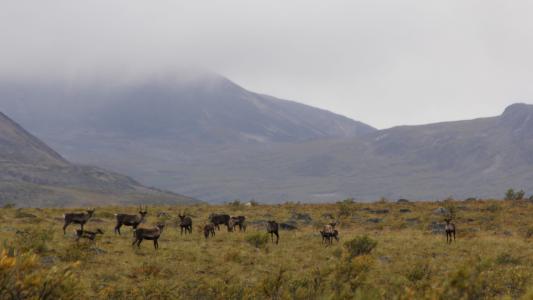 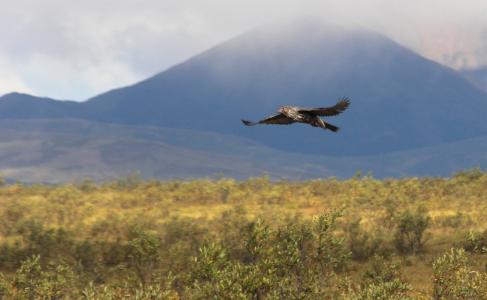 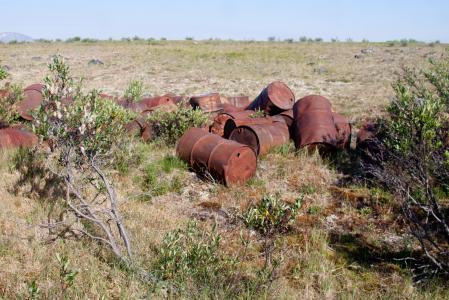 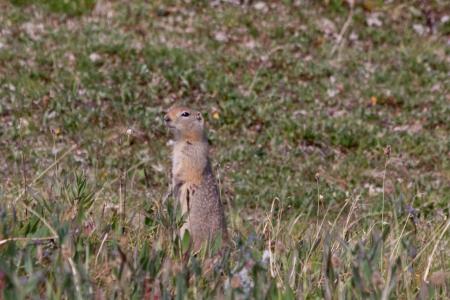 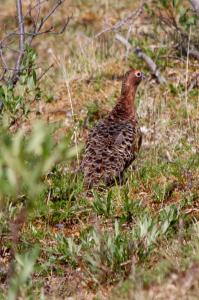 EW: Why are we seeing the greatest signs of climate change in this region? You would think that in a colder area, signs would be slower to show.

SM: I hear the Arctic referred to a lot as the “canary in the coal mine.” In the Arctic, you’ve got this massive ice sheet or snowpack, so it’s almost like there’s more of a potential for change. So if you warm it by a few degrees, you get retreating sea ice and then you have less of this light-colored ice that’s going to reflect incoming solar radiation. And that’s replaced with this dark water that absorbs a lot of the incoming sun and then converts it to heat, and then more ice melts, which means more heating. So there is a greater potential for feedbacks in this region.

EW: What signs of climate change are you seeing?

SM: For part of my work, I look at tree growth at the very northern edge of where trees can grow, and I see – at least among some species – that trees are growing faster than they have in the last 400 years. I measure this by coring the tree, measuring the annual growth increments (the tree rings), and I can get a metric of growth throughout time. So if the trees are 400 years old, I’ve got a 400-year record of growth. And in recent years, for some species, I’ve seen a really dramatic increase in growth over the last 30 years or so where they’re growing much faster than they have. And when I look at the rest of the growth record, that growth is unprecedented since the 1600s.

EW: For someone who’s not familiar with this research, one might think “More trees, faster-growing trees – that’s a good thing, right?” But it sounds like that’s not the case.

SM: Well, it’s all relative. If you’re a tree, that’s great. You can grow faster, you can have more vigor and that means produce more seeds, and get those seeds out and presumably move the tree line further north and further upslope. But if you’re tundra vegetation, that’s where you’re sort of getting out-competed. You’ve colonized these areas and been there for hundreds of thousands of years and now you’re seeing this change where the trees are moving in. 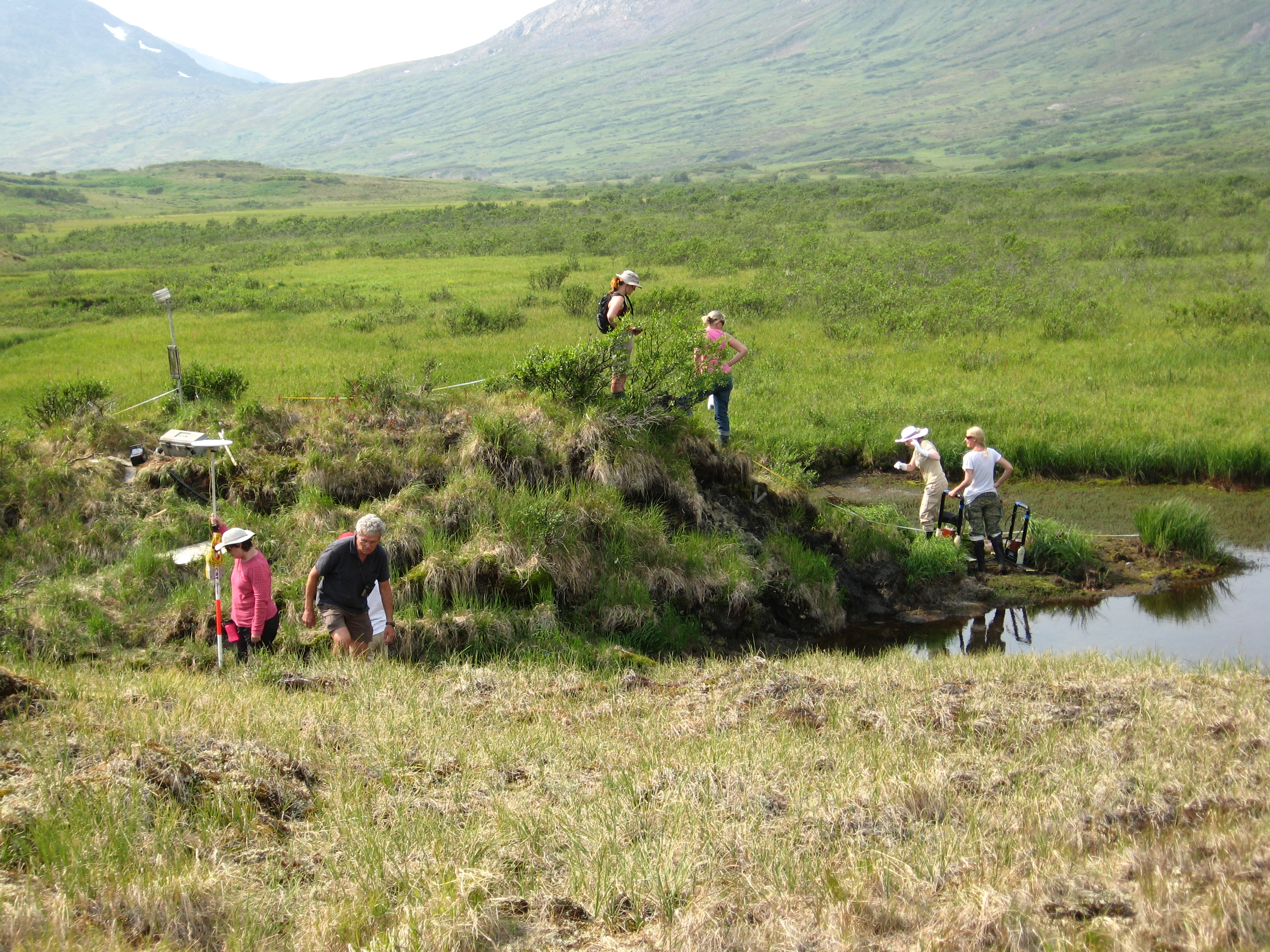 EW: Why does it matter that the tree line is moving further north and taking over the vegetation area?

SM: For animal ecologists, you’re having traditional animal habitat move into other habitats, so there will be some repercussions there. And I think one of the big things from a climate perspective is that you’re changing the energy balance of the Earth. If the trees are growing much faster, it means that potentially more photosynthesis is occurring, which is drawing down carbon – a negative feedback. But there are more positive feedbacks, like when the temperature is getting warm, the trees become more stressed and start to respire: the reverse of photosynthesis where carbon is being emitted into the atmosphere along with water vapor, which is a powerful greenhouse gas. Another issue is that light tundra vegetation, which is very reflective – it reflects around 70 percent of the incoming solar radiation – is being replaced with dark-colored trees, which reflect around only 30 percent of the incoming solar radiation. If trees move further north, further upslope, more greenhouse gases are emitted, and more trees mean lower reflectivity or what we’d call albedo, which means more warming, which means more trees. So there’s a potential for a bit of a runaway effect there.

EW: What can the average person do today to help fight climate change?

SM: That’s a question I get asked a lot actually, and it’s one I have been thinking about a lot more the last few years. I feel there are two big things: The first is to become more informed. If you read a piece in the paper about climate change, see if you can access the article online to really understand firsthand what’s going on because the news has an obligation to sell stories and sometimes there’s a bit of a spin or a passing off a part as the whole. And I think by using that knowledge, you can start making more informed choices in your daily life.

When you’re going to the polls to elect your government officials, look and see where they stand in terms of the environment.

Start electing people that might be more interested in things like a carbon tax, because that seems to be the biggest one to really combat climate change on a broad scale is to have a change in the way that the government handles the environment. On a more day-to-day basis, you can just make small changes in your life. I’m a little bit of a nutter, I love to cycle year-round. It’s currently minus 30 outside, but I’m still riding my bike. But, maybe in the summertime, you can walk or bike somewhere rather than taking your car; you can look at changing some of your appliances in your house to more high-efficiency options. Or try not running the water when brushing your teeth. If we start doing things like this on a larger scale – I think we can make a huge difference.

To learn more about this research in the Arctic, check out our multimedia piece “Trees in the Tundra.” To join this project, visit our website: Climate Change in the Mackenzie Mountains.

This interview has been edited and condensed for clarity.