Crossing the invisible boundaries—crisis and purpose

Scientists published a new paper this week finding that over 500 species of land vertebrates are on the brink of extinction, with fewer than 1,000 individuals left; half of these species have populations of fewer than 250. Furthermore, another 350 species are down to just 5,000 members, and are on the same downward spiral to extinction.

Aided by the huge financial investments and tireless efforts of governments and conservation groups, some of these species—e.g., the giant panda, Whooping Crane, Sumatran rhino, and California condor—may yet survive. But for nearly all of them, there will not be enough time or money to keep them extant, except perhaps in zoos and captive breeding programs. They will join the other 543 species that have become extinct since 1900. 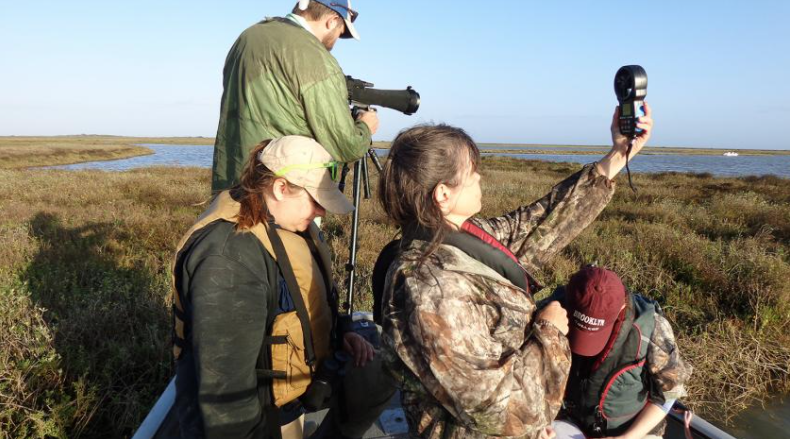 The current extinction rate is now 100 times greater than the historical background rate, as determined by examining the fossil record—resulting in what is called the sixth mass extinction. But unlike the previous five mass extinctions—including that of the dinosaurs—this one has been caused by humans.

This loss of biodiversity presents us with both a moral challenge—how can we justify continuing our collective activities that eliminate entire species from the planet?—but also an existential one. The species being lost right now are key links in an intricate web of life—and species loss compromises the ability of our planetary ecosystem to provide us with a habitable Earth to live on. Without these species, critical ecosystem services that provide us with clean water and regulate our planet’s climate, seasons, and rains are also being degraded.

Simply put, losing these species is putting at risk our very own existence on planet Earth as well.

Scientists have been looking at the geologic history to understand what we can learn from past changes in ecosystem health. What they’ve discovered is that over time, ecosystems do change, and often rapidly, even over tens of years—from monsoonal rainfalls to dry, desert-like conditions, or from tropical to glacial conditions. And it’s not just land ecosystems that change, but ocean systems as well.

In fact, instability has been the norm for over 100,000 years, except for a unique window of stability over the past 12,000 years—called the Holocene—in which the Earth’s climate has been remarkably stable.

This period of climatic stability has coincided with the development of agriculture, as well as the initially gradual but subsequently rapid expansion of human enterprise to all corners of the Earth. As it happens, the current unique climatic period has provided humans with a “safe operating space” to build our food production systems, our cities and infrastructure projects, and civilizations themselves, which collectively approach 9 billion people.

A group of 28 scientists, including Johan Rockstrom and Will Steffen from the Stockholm Resilience Institute, have led an effort to understand just how stable this safe operating space is that allows us to prosper with 9 billion people—and how likely it is to persist into the future. What they found is that switches or transitions from one planetary state to another could be rapid and triggered by changes to the atmosphere or biosphere. Crucial to keeping Earth within this comfort zone are nine biophysical systems, which include climate and biodiversity. 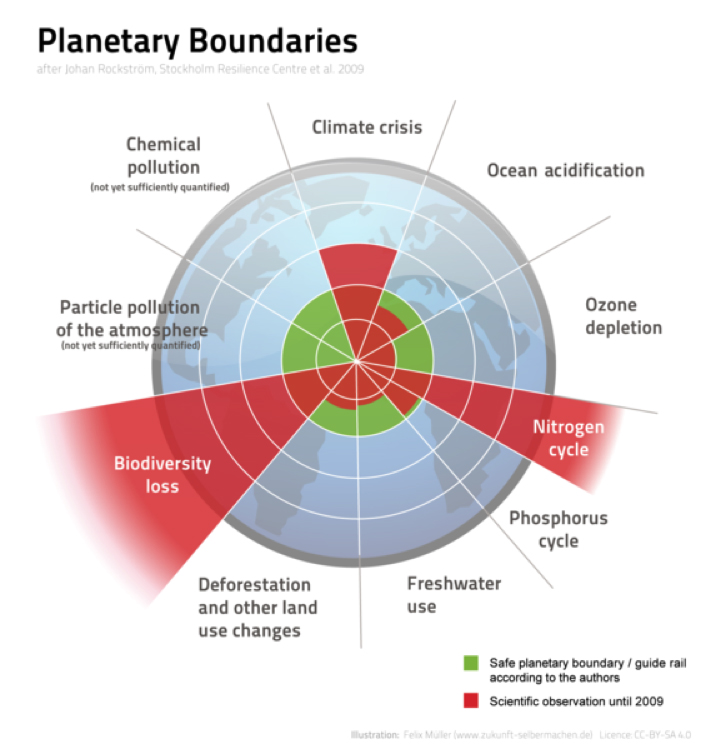 Key to maintaining within our safe operating space is keeping these nine systems within the green “state”; pushing systems beyond these conditions can lead to dramatic and irreversible (as far as humans are concerned) change.

So far, scientists estimate that we are already breaching three planetary boundaries: biodiversity loss, the climate crisis, and excess nitrogen pollution (primarily through industrial agriculture). The message from history is clear: without rapid and sustained effort to address these crises, there is a high risk of shifting from one system to another—often rapidly—which will result in massive upheaval to life as we know it.

That the world can shift in the blink of an eye is made painfully clear every day, whether we learn this fact through direct lived experience, as our most vulnerable often do, or through news and social media. The novel coronavirus pandemic has forced us to quickly and fundamentally change our lifestyles—resulting in a massive alteration in how we go about our lives. The impact and societal reverberation of the COVID-19 pandemic does not operate in isolation—it feeds into the other societal dynamics at play, in effect amplifying them. Patterns of systemic racism—in particular the anti-Black racism and increasing inequity that pervade the world—also have tipping points and lead to shifts to alternative states, threatening livelihoods and well-being for all.

The economist Kate Rawlings has incorporated these core social foundations into a complementary set of conditions within which human life is safe and just. And this provides us with a useful framework of understanding not only the ecological constraints, but also the social conditions for where we want to keep life on Earth. 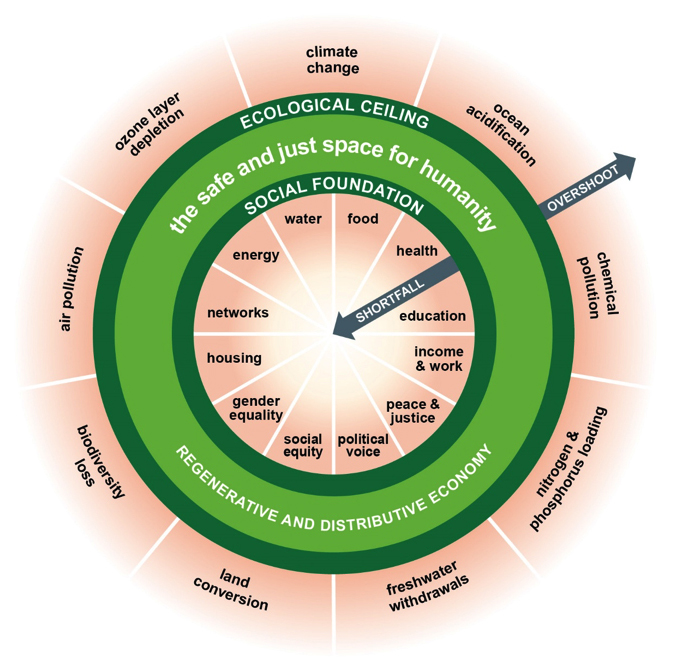 The onslaught of negative stories is overwhelming our ability to cope and identify how best to move forward towards a better planet. How do we choose what to act on? Which is more important or urgent?

These complementary approaches to identifying both the ecological and social conditions for life provide us with a unified and integrated understanding of what it will take to create a just world—not only for the billions of humans that will inhabit the Earth, but for our planet’s biodiversity and ecosystems. We need to address both climate change and racism, safeguard against biodiversity loss and inequity—these systems are all tied together. Working on one strand or system will help with the others—all need our attention—but we need to work together to make our efforts as impactful as possible.

At Earthwatch, we have supported a number of programs that bring together the social and ecological dimensions of an ecosystem—and the results have been remarkable. On the Earthwatch expedition Amazon Riverboat Exploration, lead scientist Dr. Richard Bodmer and his team have created a scientific research project that weaves together full participation of indigenous people, Earthwatch volunteers from abroad, and local Peruvian students to create outcomes that help local communities and the rainforest ecosystem they depend on. On the expedition Elephants and Sustainable Agriculture in Kenya, Dr. Bruce Shulte and Lynn Van Hagen have created a community science program that brings together local farmers and Earthwatch volunteers as citizen scientists to reduce human-elephant conflict.

We can also apply these same lessons and approaches in our daily lives at home—by making the time and effort to work across ethnic or social differences, and by learning from others and from the nature around us. Get engaged with your community and your environment, whether it’s through political or community activism, economic support for essential programs, or getting outside and documenting our world through citizen- and community-based science projects.

These threats to a healthy way of living are often not immediately visible to our habitual way of seeing. But our current crises make all too clear the devastating results of systemic injustices and the global and environmental toll of our economic way of life. We must hold onto these now very visible manifestations of our impact to help bring us together and act with a renewed sense of purpose to keep Earth and its systems within a safe operating space for all.

Credit: Diksha Walia—People in India can see the Himalayas for the first time in 'decades,' as the lockdown eases air pollution